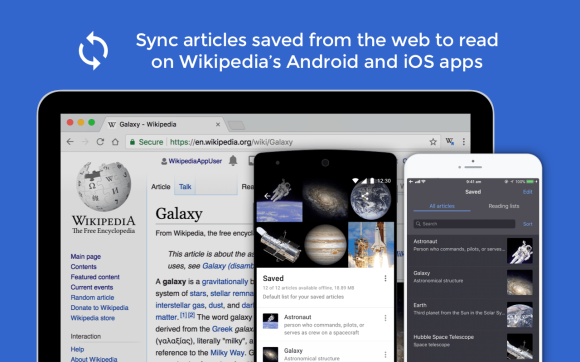 One of the most common feature requests we’ve received on the Android and iOS Wikipedia app teams has been to sync reading lists between devices, and so we’re delighted to announce that synced reading lists are now available on both mobile apps.

You can download them right now on Google Play or iTunes.

Users on both apps can now bookmark articles, organize them into lists of articles, and share those lists across devices. You can sort, search and reorganize your lists, even offline. To activate the syncing, you just need to log in and enable the sync feature, which will be in a pop-up the first time you log in and under ‘Settings’ afterwards. You’ll need an internet connection to sync, but all the other features work offline, and allow you to download and organize collections of articles for travel, commute or just to have your research handy whenever you need it without additional data costs. 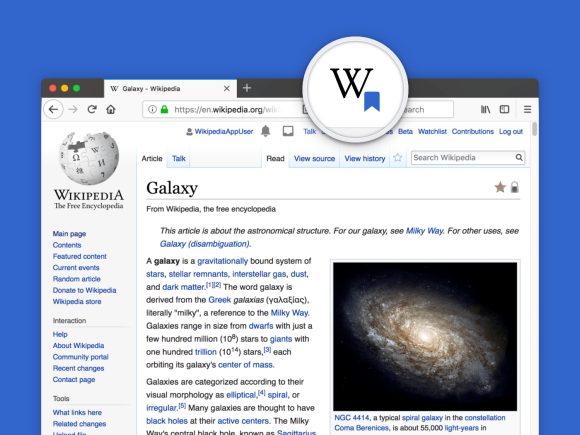 Keeping your lists in sync means storing those lists on our servers. We approached this by looking for the most privacy-friendly way to achieve this. We don’t build profiles on users, or mine your reading interests. When you turn off syncing, we turn it off everywhere on your account and delete your lists. Although we store them for you, we think of these as your lists, not ours.

And on the web

We also know readers want to save things on their laptops and browser so that they can read them later or offline. A plugin for desktop Chrome and Firefox browsers is now also available, with Safari coming soon, which will allow you to add articles to your reading lists from these browsers, and have them magically appear in the app the next time you’re connected to the internet on your phone. Learn more here.

Reading lists make a great, convenient, and synchronized way to organize all the fascinating, relevant or important facts you need.