Photo by the National Museum of the U.S. Navy, public domain. 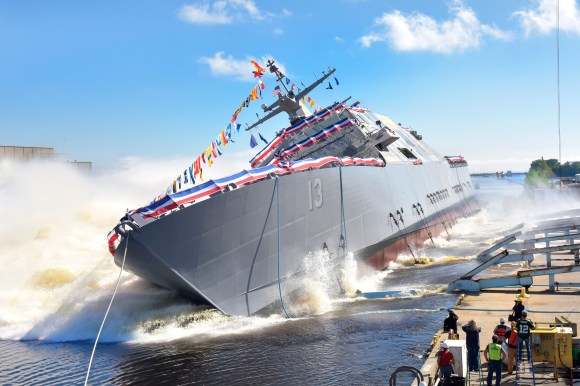 We’re ‘launching’ support for MP3. Photo by the National Museum of the U.S. Navy, public domain.

Until this month, no Wikimedia site supported the world’s most popular audio file format, MP3, because the technology for encoding and decoding these files was encumbered by restrictive patents.

With the expiry of these patents, however, we are now supporting MP3 uploads for trusted users on Wikimedia Commons—a free media repository that hosts the majority of the images, videos, and audio recordings for Wikipedia and other Wikimedia projects.

The Wikimedia community cares deeply about copyright and free knowledge; indeed, Wikipedia was founded as a free culture project and has relied on free and open source software from its earliest days.

The reasons for Wikimedia’s stance on free software are both ideological and practical. Ideologically, we support keeping the internet and the software that runs it as open, transparent, and freely available as possible. Instead of walled gardens controlled by a small handful of large companies, we want to see the internet continue to flourish as a public resource that anyone can participate in, with as few barriers to entry (and software licensing fees) as possible. Practically, we believe that free and open source software offers significant advantages in better security and privacy for our users.

The problem with MP3s was in their restrictive patents. Because MP3 was covered by 20 different patents issued over a span of many years, the format did not become patent-free until earlier this year, despite the fact that the first MP3 specification was published back in 1993. Our commitment to free—as in free license, in addition to monetary—and open source architecture meant that we could not support MP3 until its patents expired. We instead created support for other free file types, like Ogg Vorbis, WAV, FLAC, and MIDI.

The question of MP3 on Wikimedia projects goes back at least as far as 2004, when Jimmy Wales, the founder of Wikipedia, sent an email to the wikitech-l mailing list:

Thirteen years later, we’re happy to say that MP3’s patents have expired. In preparation for supporting the format, our tech teams held several discussions with the volunteer Commons editor community. Both sides agreed that the potential for misuse was high. Wikimedia sites generally only accept public domain or freely licensed files. Nearly all popular music today, though, is still copyrighted.

With this in mind, we came to a consensus that MP3 support will be initially limited to a small roll-out on Wikimedia Commons alone. Inside that, only a small subset of user groups (administrators, extended uploaders, and image reviewers) are allowed to upload MP3 files. We hope that this beta period will allow us to monitor the effects of the roll-out to Commons and adapt our strategy accordingly before enabling MP3 uploading on other projects as well.

Wikimedia Commons has one other benefit as well: as a common file repository for the entire Wikimedia ecosystem, audio files uploaded there can be used on all other Wikimedia projects.

We hope that our support of MP3 will make it easier for our users to contribute audio content to the projects—whether it be word pronunciations for Wiktionary, audiobooks for Wikisource, or classical music recordings for Wikipedia.

Here are some of the first MP3 files that have been uploaded to Commons so far. Enjoy!