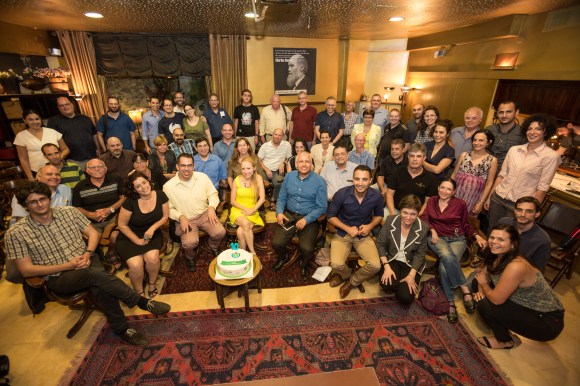 On 6 September, Wikimedia Israel (WMIL), the independent Wikimedia chapter that supports the Wikimedia movement in Israel, held an event to celebrate its tenth anniversary. Wikipedians, volunteers, partners, and donors gathered to celebrate the success they had all participated in making.

During the event, the “Wikimedia Awards for the promotion of open knowledge in Israel” were handed out by Christophe Henner, the Wikimedia Foundation’s Board Chair. Four winners received the award for their significant contributions to promoting Wikimedia’s vision. These awards are the first given out by a Wikimedia affiliate for such a reason.

The winners of the awards are:

In ten years, with the support of those and many others who believe in Wikimedia’s vision, we were able to accomplish a lot together.

Following a three-year campaign, in which Wikimedia Israel was calling for an amendment to copyright laws, the government of Israel made a precedent-setting decision to release all the photographs on government websites under Creative Commons licenses. The law amendment was nicknamed the ‘Wikipedia law’.

In 2011, we hosted the seventh Wikimania in Haifa, where more than 700 of the movement enthusiasts from 56 countries attended. Last year, the International Wikimedia Hackathon was held in Jerusalem, with 130 developers from 17 countries participating. Hosting two international events like Wikimania and the Wikimedia hackathon was a big success for the movement in Israel and we are glad the we helped this success to come true.

In Wikimedia Israel, we look forward to further success in promoting open knowledge in Israel. 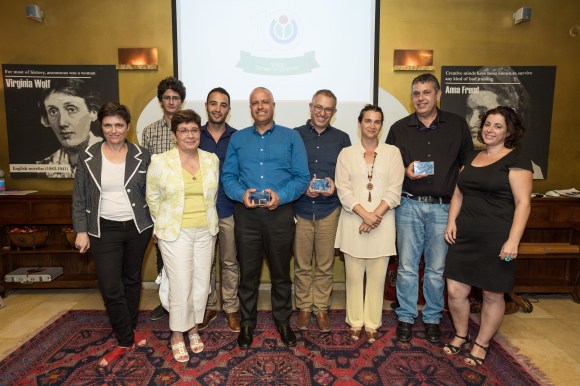 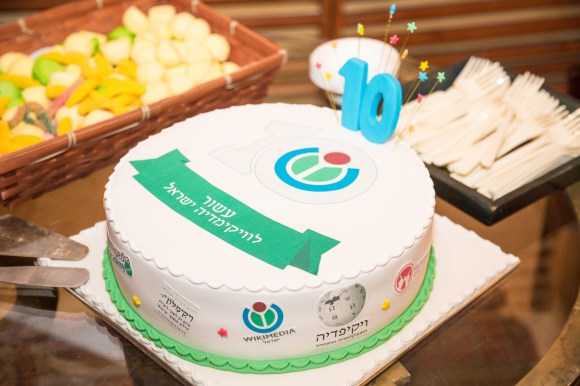 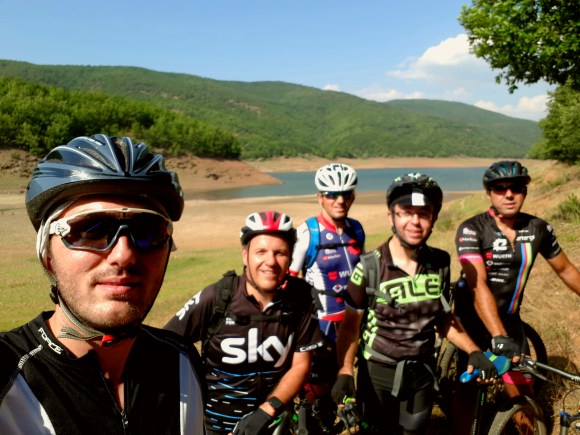 During the second weekend in August, several Macedonian Wikimedians headed to Ǵavat-Kol, a small remote area with villages around Bitola, the second most-populous town in Macedonia. The area has several villages but no photographs on Wikimedia Commons. And that was why we organized the first ‘veloexpedition’—we took photos of these small villages, old churches, and the area’s natural beauty.

In the morning on 12 August, we headed by car to Bitola. Following a three-hour break and breakfast in the hotel, we started our veloexpedition. After one hour we arrived to the first village, Srpci. Our main goal was to take panoramic photos of the villages, important social and religious buildings, architecture of the villages, and all other natural rarities.

The highest point of our veloexpedition was in Gopeš, a village where we found St. Transfiguration Church, a protected cultural monument. We didn’t have the chance to take photographs of the interior of this church, as it was closed, but were were able to explore two other churches near the village.

Then, we headed to the displaced villages of Svinjište and Streževo. In Svinjište, we discovered the preserved St. George Church, a remnant of the former village. This church, along with the two mentioned before, were not mentioned in the official list of religious buildings of Commission for religions in Macedonia.

Though we had other plans for the route, we couldn’t ride back to Gopeš after we reached the artificial Lake Streževo, and so we had to ride along its coast. By the end, we had to change the entire route of our first day of the veloexpedition.

In the second day, we wanted to visit Great Pelister Lake, but due to cold foggy weather—6 Celcius, 42 Fahrenheit—we were forced back into our hotel. Still, we were able to take some images on the ride back from some Molika trees.

The veloexpedition resulted in 82 distinct photographs of several different villages along with several cultural and natural heritage sites.

Competition in Srpska to feature their culture on Wikipedia: The Wikimedia community in the republic of Srpska is holding a photo competition to document the cultural, historical and natural heritage in Srpska. The competition is running through the month of September and the Wikipedia communities in Ukraine, Macedonia and Morocco are participating in the organization. More about the competition can be found on the Serbian Wikipedia.

The first International Wikipedia Scientific Conference will be held in Brazil on 8-10 November 2017. The conference aims at connecting the Brazilian academic Wikipedia community with the wider and global community and promoting Wikipedia as a reliable source of knowledge within the academic communities. Submissions deadline for the conference is Monday 11 September. More information about the conference can be found on their website.

New features on Wikimedia projects from the community wish list: The foundation’s community tech team has announced the implementation of new features on Wikimedia projects from this year’s community wish list. LoginNotify is a security feature that will give the user a notification on Wikipedia when there is an unsuccessful log in to their account from a new device or using an unfamiliar IP address. In the case of using a familiar device or IP address to try logging-in unsuccessfully for five times, a notification will be sent to the account as well. LoginNotify was Number 7 on this year’s community wish list. Syntax Highlighting was number 6 on the list. The feature is now released as a beta feature to help editors parse the wikitext in the edit window by using color, bolding, italics and size to make it easier to see which parts are article text, and which are links, templates, tags and headings.

WikidataCon2017 program has been announced: the Wikidata community conference that will be held in Berlin, Germany on 28 and 29 October has announced the conference program. More information about the conference and how to register can be found on meta.

De-recognition of Wikimedia Macau: The Wikimedia Affiliations Committee (AffCom) has announced in August that Wikimedia Macau, the former independent Wikimedia chapter in the Chinese region of Macau, is no longer a recognized Wikimedia affiliation. More details about the decision on Wikimedia-l.