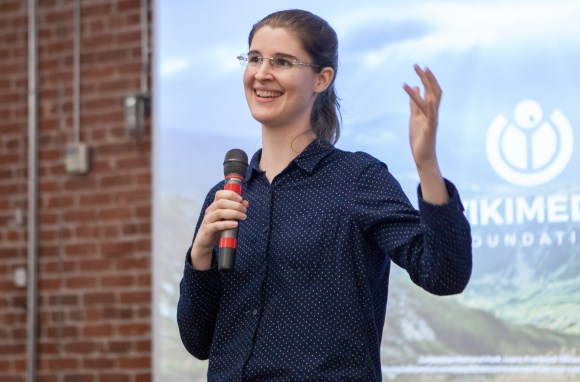 Many pioneering Wikipedians share the thought that, in its early days, way back in 2001, Wikipedia was a crazy idea. Wikipedian Magnus Manske, for example, told us that back then, the English Wikipedia “was a ghost town, with just about no content whatsoever.”

These early Wikipedians aimed to grow the online encyclopedia to 100,000 entries, roughly the size of the world’s largest print encyclopedias at that time. This lofty goal turned out to be attainable with only two years of hard work, and has since grown to nearly 5.5 million by the time of writing this. That former “ghost town” on now hosts over 30,000 active contributors.

“I knew we were working on a sort of ridiculous project,” says Britta Gustafson, who joined Wikipedia in October 2001. “How do you write about the entire world from scratch? I certainly didn’t expect that it would grow so big and so serious, with a huge staff and a huge budget, with articles that are mostly pretty reliable.” She continues: “But even as a toy project, it was fun—I liked getting to write about things and then see other people improve my writing and correct my mistakes. I learned a lot about writing that way.”

Gustafson made her first edit because “information on a favorite topic was missing,” and carried on with editing Wikipedia for sixteen years to keep bridging knowledge gaps. Currently, she leads workshops to train beginner editors in person and spends zillions of hours online to advocate their contributions from deletion, when mistaken for vandalism, by community patrols.

Starting to edit at the age of fourteen, Gustafson “grew up with Wikipedia,” she said. It was an eye-opening experience where she “enjoyed reading the recent changes and learning new things about the world … I remember when I could review all the recent changes for vandalism if I checked once a day.” As of this writing, the most recent 50 edits have been made during the last minute.

One of the principal reasons behind Gustafson’s continuous presence on Wikipedia for sixteen years was the welcoming community even though she was a young contributor. “I continued editing because I felt respected for my constructive contributions and treated as an equal by adults,” she explains. “Wikipedia taught me a lot about how to write and work with software and online communities.”

Gustafson has a wide range of topics that she likes to edit about including software, website history, fixing minor issues in the articles she reads and uploading photos of buildings to Wikimedia Commons, but one topic of interest for her stands out in the crowd: places that witnessed mass murders.

Gustafson is particularly interested in editing about the location of a mass murder rather than the incident itself. “I started caring a lot about the impact of mass murders on communities because a place I love, Isla Vista, had a mass murder a few years ago,” she explains. “I was unhappy that this one event was what people would think of for a place with a lot of history and culture.”

Gustafson contributed to Isla Vista’s article on Wikipedia and started a local guide about it on another open-source website.

“A year later, there was the mass murder at the Mother Emanuel AME church in Charleston,” she recalls. “The church itself had only a stub article when I looked it up on Wikipedia after hearing about the murders—and overnight several other Wikipedians and I worked on this article. I helped expand it to tell the long and fascinating history of the church, because I didn’t want 200 years of history to be overwritten by one event. The next day, I saw journalists publishing articles about the history of the church on very short deadlines, and I suspect and hope they used our detailed Wikipedia article as background to help them find the interesting parts to write about and publish fast.” 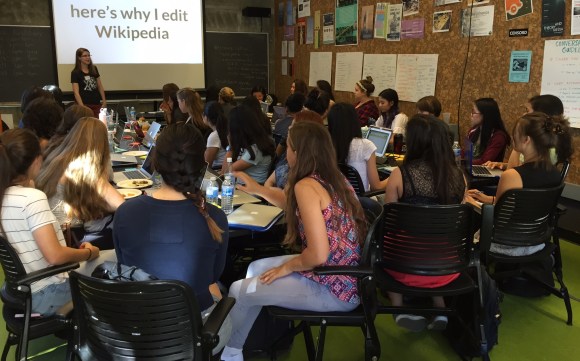 Gustafson wanted to invest her rich history and experience on Wikipedia by sharing what she learned with new editors. These days, she can be found at Wikipedia editing events in the San Francisco Bay Area as a volunteer organizer or a mentor for new editors.

“My intro talk isn’t sugar-coated,” she says. “It explains that working on Wikipedia means convincing other editors that your edits are legitimate, and that this isn’t always easy. I don’t think it’s helpful to attempt to get new underrepresented editors into the project by saying everything is fun and fair on Wikipedia—that’s misleading. It’s honest to explain both the joy and the frustration.”

New editor contributions are often reverted by Wikipedia editors when mistaken for vandalism but this is not the case for those mentored by Gustafson. “Part of my work at events is to actively defend the articles the newcomers are building,” she explains. “Watchlisting the articles and reviewing the edits so that I can defend them against speedy deletions and any future deletion discussions. I also go through the articles after the event to fix up any newbie mistakes, to also protect against deletion attempts. If somebody starts arguing with one of my new editors, I step in like a 5000-pound gorilla and write talk page messages.”

Gustafson understands that not every participant in a one-day editing workshop will become a long-term contributor. However, she believes that training newbies is worth it for reasons that she explains to them during her workshops:

“Knowing how to edit Wikipedia means you can shape many people’s knowledge about a thing, because a huge number of people look to Wikipedia for background knowledge, including politicians, journalists, lawyers, government staff, businesspeople, and teachers.”