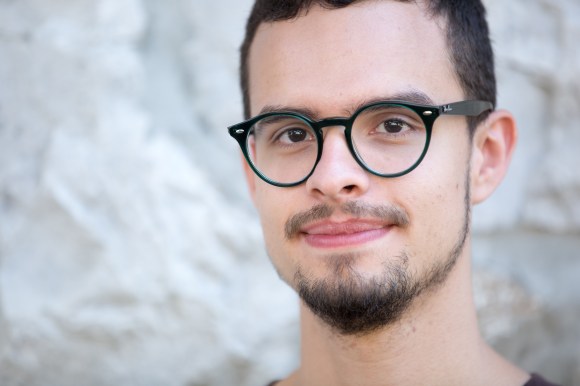 On 26 April this year, Vinicius Siqueira celebrated the tenth anniversary of his first edit on Wikipedia. In the last decade, he has helped grow the Portuguese Wikipedia by creating hundreds of articles, making several thousand edits, and helping his fellow students learn how to edit. Over the years, Siqueira has charged himself with different tasks within the Wikipedia community as his aspirations changed.

At the age of fourteen, Siqueira joined Wikipedia. His first edit was to create an article about Mário Neme, a Brazilian writer. He followed this edit with nearly 40,000 more in the next ten years, which included creating over 650 new articles. At that time, Wikipedia played a dual role in Siqueira’s life by encouraging him to dig for information and share what he learned with the world. Siqueira shared with us his memories about his early days on Wikipedia:

“It started spontaneously, pushed by my curiosity and desire to discover and learn new things. I wrote and translated many articles in Portuguese. In the meantime, I’ve realized how big this project is and how important it is for people to find accurate information on anything in their own homes for free.

I believed that I was part of a revolution, a sense that every single person has the right to access information. The belief that knowledge should not be restricted by boundaries or barriers made me a lover of Wikipedia as a knowledge sharing tool. Many volunteers around the globe with this same passion created the biggest encyclopedia in the world. I love being part of this!”

Siqueira’s efforts kicked off with translating articles from the English and Spanish Wikipedias to grow the Portuguese Wikipedia, choosing topics of interest to him. However, once he started university, he redirected his energy towards a more specific discipline.

“I studied medicine and started to write more about medical topics,” he recalled. “It is very important to have accurate information [about medicine] in every language in the world, so that people can get informed about their health. … Wikipedia plays an important role on the internet by providing this advice free of charge.” Studying medicine not only influenced Siqueira’s contributions to Wikipedia; it helped with Wikipedia’s outreach to new communities on his campus.

In 2012, Brazil was one of the first countries to adopt the Wikipedia Education Program, where educators assign their students to edit Wikipedia as part of their class requirements. Siqueira was Wikipedia’s Campus Ambassador at Federal University of Rio de Janeiro (UFRJ) where he taught his fellow students the editing basics.

“Thanks to this program, … the Portuguese Wikipedia has dozens of quality articles about physics (which used to be a weak area in the project),” says Siqueira. “The program helped us maintain good relationships with professors at the largest university in Brazil as well. That helped spread the word about Wikipedia to hundreds of students.”

Besides editing Wikipedia articles and reviewing edits made by new users, Siqueira is a member of Wikimedia User Group Brazil, where he helps the community organize events and projects to support the movement in his country. Despite demands on his time as a senior medical student, there is always something that encourages him to keep contributing to Wikipedia.

“There is something that makes my eyes shine and I feel really proud when I see someone reading or citing something I wrote on Wikipedia,” Siqueira said. “I’m from Brazil, a developing country where Wikipedia is a vital source of information because it’s free. People can get access to information on the internet, using data on their mobile phones or school networks, etc…. Wikipedia is a revolutionary tool for people in the world because it has made access to knowledge easier than ever before.”