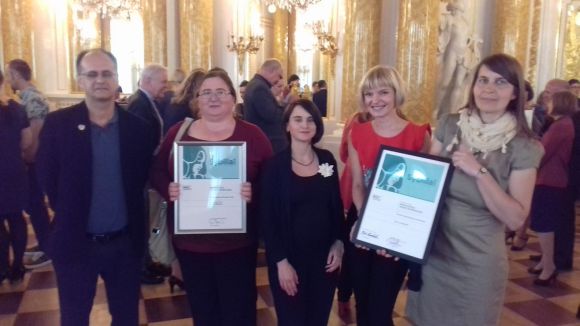 In Greek mythology, sibyls were oracle women with divine inspiration who could prophesy future events and were symbols for wisdom and insightfulness.

They are also the namesake for the ‘Sybillas’, annual national awards for the most innovative and valuable work by museum professionals across Poland, presented by the National Institute of Museology and the Ministry of Culture.

This year, Faras in Wikipedia was one of the candidates in the Digitization and New Media category. The category prize went to the National Maritime Museum in Gdańsk, with their effort to contribute the museum’s digitized collection on Wikimedia Commons where the only runner-up was the National Museum in Warsaw and their Faras in Wikipedia project.

The winners, and up to four shortlisted candidates, are selected in 10 categories like exhibitions, conservation and restoration, and education. Over 250 projects were submitted to the competition.

Faras in Wikipedia was coordinated by Wikipedians, volunteers, and National Museum staff. The museum uploaded a wide range of images to Wikimedia Commons that display the newly renovated Faras Gallery, individual wall paintings and artifacts from the Faras Cathedral, and documentary photos of the archaeological excavation work conducted in Faras in the 1960s.

The images were used to illustrate several dozen new Wikipedia articles about the Gallery, the treasures it hosts, and the achievements of Polish archaeologists. They were written by a group of volunteers—students and specialists in archaeology, cultural studies and art history.

The participating volunteers got to know more about the history of the gallery and its artworks. Maria Drozdek, the Wikipedian in residence at the National Museum, taught them basic editing skills on Wikipedia at the same time.

The project has significantly improved the quality of Wikipedia articles about the Faras Gallery at the National Museum in Warsaw, Polish archeologist Kazimierz Michałowski, artworks from the Faras Cathedral, such as Saint Anne or Bishop Petros with Saint Peter the Apostle and many others. Contributions were added in Polish, English, Russian, Belarusian, and other languages and Aleksandra Sulikowska-Bełczowska, curator of the Nubian Collection at the NMW, helped proofread the material added by volunteers.

The project concluded with the ‘Digital Museum’ conference, which discussed the Faras project, a bilingual publication, and other open GLAM projects.

The Sybillas acknowledges equal participation in the project by both the museum and the participating Wikipedians. Drozdek was the first Wikipedian-in-residence to be hired by a Polish museum. The success of projects at the National Museum was surprising for the GLAM Wikipedia community, which is looking forward to future projects that can share knowledge about the treasures of Polish art and culture. 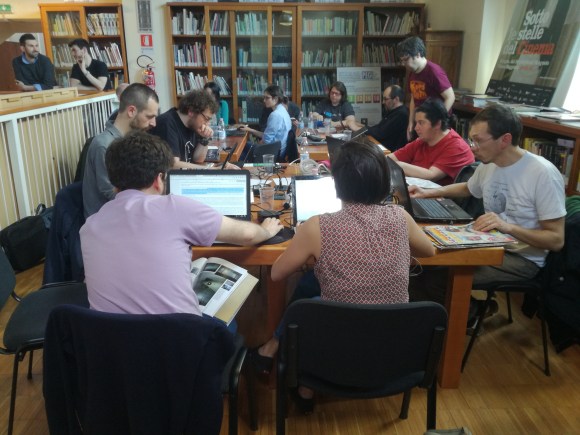 Bologna hosts an editathon on videogames and science-fiction movies: Last month, the Cineteca di Bologna, a movie and videogame archive in Italy hosted an editathon (editing workshop), where the participants worked on improving Wikipedia articles about science-fiction movies and videogames. The event was attended by experienced Wikipedia editors in addition to gamers and film enthusiasts. The event resulted in improving many Wikipedia articles.

Wikimedians in Poland get together for their annual meeting: Nearly 70 wikimedians gathered in Bydgoszcz, Poland for the annual Wikimedia Poland (Polska) conference. The conference took place from 2nd till 4th June. Participants attended a variety of workshops, presentations and panel discussions. Some part of the program focused on practical editing workshops, while, the largest part was focused on organizing live events. Wikimedia Poland’s general assembly saw volunteers, board members and staff discussing achievements, challenges, projects and future plans of the chapter. 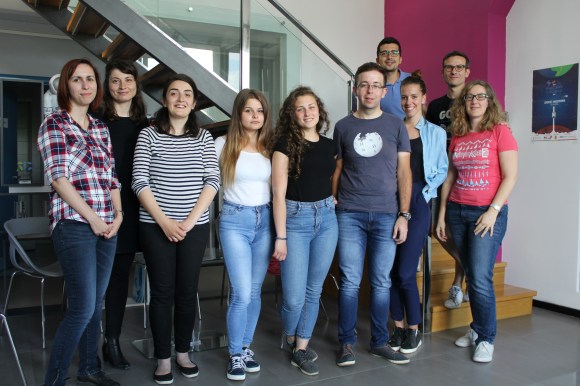 Macedonian Wikipedians hold a series of architecture editathons: Last year, Wikimedians in Macedonia partnered with the architectural design center in Macedonia on organizing editing workshops with a special focus on architecture. The workshops aim at improving the content on Macedonian Wikipedia about architecture. The most recent event in this series was a two-day editathon on 23 and 24 May 2017, where the attendees spent the first day learning the editing basics while the second day was dedicated to improving Wikipedia pages.

The Committee members help review applications from new groups, answer questions and provide advice about the different Wikimedia affiliation models and processes, review affiliate bylaws for compliance with requirements and best practices, and advise the Wikimedia Foundation Board of Trustees on issues connected to chapters, thematic organizations and Wikimedia user groups. More information about the Committee, membership requirements and how to apply can be found on Wikimedia-l.