Photo by Stewart Butterfield, CC BY 2.0. 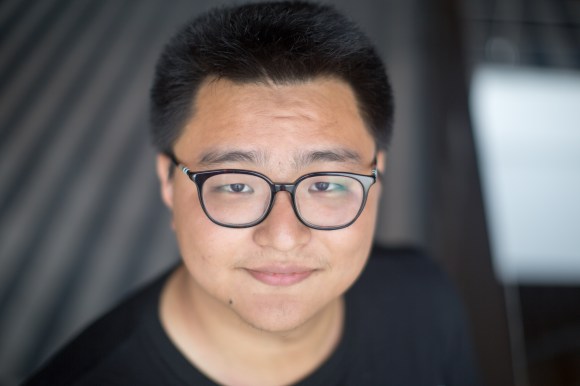 Every November, people from all around the world volunteer their time as part of Wikipedia Asian Month to write Wikipedia articles about the world’s largest continent. A participant in the contest who writes a few Wikipedia articles can get postcards featuring famous Asian monuments, assuming that the article meets certain quality standards.

The plan to encourage volunteer editors with simple yet relevant rewards has blossomed into thousands of new articles added to Wikipedia.

And who conceptualized all of this and made it a reality? Addis Wang first thought of Wikipedia Asian Month in 2015 and worked to coordinate the project with other Wikipedians.

The Chinese volunteer joined Wikipedia in 2008 as a young 16-year-old; he has always been concerned with Wikipedia’s presence in his country, China, and the Asian region. Wang extensively edited the Chinese Wikipedia for years until he came to believe that more sustainable change comes when the editing experience is shared with others. That’s when he turned his efforts toward outreach activities that encourage more people to edit, build healthier Wikipedia communities, and connect Wikipedians who don’t know each other.

“I feel most proud when a small effort I make can uniquely help knowledge spread,” says Wang. “I’ve created thousands of articles on the Chinese Wikipedia, but my current project, Wikipedia Asian Month, is the one I’m most proud of. It shows how Wikipedians around world collaborate and contribute to one common goal. It also has significantly assisted the development of many local communities and small language Wikipedia projects, especially those in Asia.”

According to Wang, a strong encyclopedia needs a community to support its existence, and those community members will not have the motivation to volunteer before learning about the project and understanding its needs.

“We want to share our knowledge with more people and want more people to edit,” Wang explains. “But we can’t say, ‘Hey, come edit Wikipedia’ to someone who doesn’t know that Wikipedia even exists.”

To help raise awareness about Wikipedia in his country, where local for-profit competitors host most of the local online content, Wang co-founded the first community user group for the Wikimedia movement in China in 2013. The group held regular meetups for existing Wikipedians and other activities for those interested in learning about Wikipedia. In addition, one of their very first activities was hosting a Wiki Loves Monuments contest, which is held globally but organized by country. The Chinese Wikimedia community joined Wiki Loves Monuments for the first time this year thanks to the efforts of Wang and others.

Moving to study at Ohio State University in 2012 might have separated Wang from the Wikipedia community in China, but that was no excuse for him to quit contributing. Instead, Wang quickly started to work with his fellow students on establishing a Wikipedian community on campus and off in Ohio.

“A long time ago, Wikipedian Kevin Payravi started a Wikipedia club that caught my attention, so I joined him,” Wang recalls. “We are also looking for opportunities to encourage more campus-based communities to practice what we’re doing.”

The student group aimed to invite students and educators to Wikipedia editing events; it has quickly grown and collaborated on starting a community user group in the state of Ohio in 2016. The new group has embarked on organizing several projects since its beginning, including Wiki Loves Monuments 2016 in the United States.

For Wang, Wikipedia has introduced a learning revolution, and that’s what keeps him willing to support it day after day.

“Wikipedia allows people from all over the world to share the world’s knowledge, and you can simply access it for free,” says Wang. “Because we use Wikipedia every day, it’s hard to imagine how we could find information without it. Online content is filled with unverified information and soft advertisements, books are limited and going to a library is time-consuming. This also depends on whether or not there is a decent library in your community, which is still uncommon, even today. That’s why I support Wikipedia and believe that it is so important.”