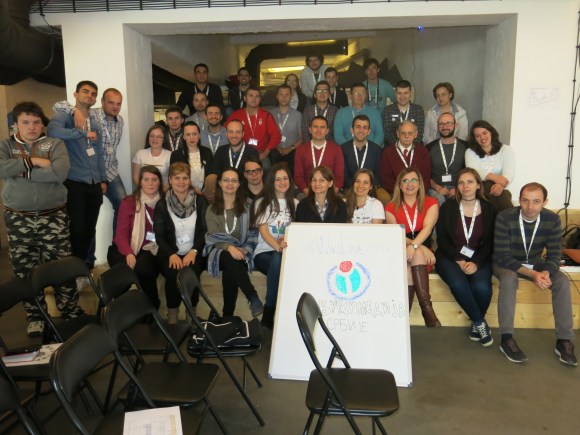 On April 8–9, 2017, members from the Wikimedia community in Serbia, Wikipedia editors, and project volunteers gathered for the third WikiLive conference. WikiLive is an annual Wikipedian conference in Serbia, where we look back at our projects in the previous year to celebrate the success and learn from the challenges we have overcome.

Day one sessions were dedicated to studying the success factors in community projects like the Wikipedia Education Program, the Wikipedia ambassadors role and writing contests, along with brainstorming to find solutions for problems like vandalism on Wikipedia.

The conference was an opportunity to learn from other communities, and the success stories shared during the sessions included projects from Macedonia and Bulgaria.

Experienced Wikipedia editors led a workshop on how to maintain diversified content on Wikipedia and engage more people in the community. The workshop was followed by an opening workshop on the basics of editing.

The editing workshop was mainly attended by teachers who were interested in integrating Wikipedia in their courses. The workshop attendees were keen to attend the second day of the conference in order to learn more about the Wikimedia projects.

Introductory workshops and follow-up discussions formed the second day of the program, where the participants had many questions answered: What motivates a volunteer to keep contributing, what is GLAM, what is the role of libraries, how does Wikidata work and what are the creative commons licences are all some examples of the workshop takeaways.

During the event, Darko Gajić received the “Branislav Jovanovic” award for his contributions in free knowledge sharing. The award is given out by Wikimedia Serbia every year in memory of Jovanovic, the former Wikipedian and vice president of Wikimedia Serbia.

Participants who came from all parts of Serbia gave positive feedback at the end of the conference.

“Gathering community members isn’t always easy,” says Filip Maljkovic, president of Wikimedia Serbia, “but to gather active participants, who contributed to many topics, is absolutely amazing. We heard so many interesting ideas and saw enthusiasm about contributing even more to all Wikimedia projects. These kinds of events are perfect to feel the spirit of the community.”

Wikimedia Serbia hopes that the annual local WikiLive conference will soon become regional in character, connecting and reaching even more editors in this part of the world. 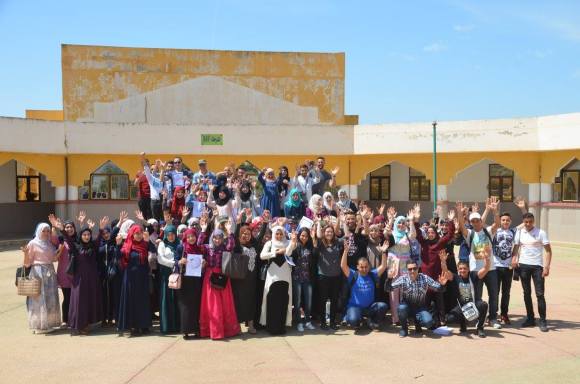 Wikipedia student editors in Algeria celebrate their success: Participants in the Wikipedia Education Program in Hassiba Ben Bouali chlef University in Algeria celebrated their second successful edition of the program. During the term, which lasted from September 2016 to April 2017, over 200 students joined the program. Student editors worked with their professors on expanding Wikipedia articles in the field of their study. Photos from the event are on Facebook and contribution statistics are on the outreach dashboard.

Wikimedians in Ghana kick off a large archives project: The Wikimedia community in Ghana is starting a project to digitize a large collection of documents that will be released to the public. Ghanaian Wikipedians will collaborate with Open Foundation West Africa and the Public Records and Archives Administration Department (PRAAD) in Ghana.

Wikipedia Morocco day: WikiProject Morocco is organizing a day for editing Morocco-related articles. Participants will be editing only about Morocco for 24 hours on 1 May 2017. The project page on the Arabic Wikipedia includes several lists with articles for the participants to work on. The list includes many missing articles and low-quality ones about geography, history, religions, and many other topics. The day is open for participation on Wikipedia in different languages, however, the project page is only available in Arabic (as of publishing time). Wikipedians from around the world are highly encouraged to start the project in their language and coordinate with the organizers on the relevant talk page.

Metrics and activities meeting: The Wikimedia Foundation monthly metrics and activities meeting will be held on Thursday, 27 April, 2017 at 6:00 PM UTC. The theme of the April meeting is: “Wikimedia for the world” (part 2) – aiming at understanding how the foundation can better serve and include people around the world in the Wikimedia movement. The organizers chose to use this theme for the April meeting as they more relevant stories from around the globe. Information on how to participate can be found on Meta.