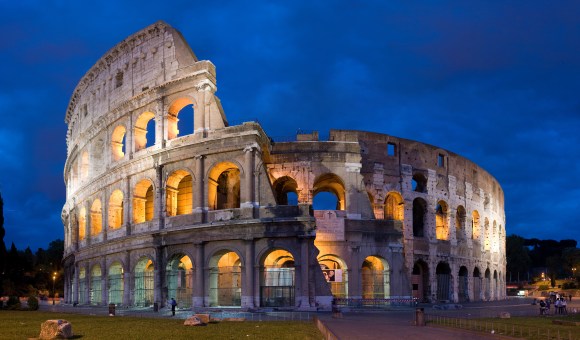 There are over 1,000 heritage sites in the world: the Egyptian pyramids, the Great Wall of China and the Colosseum of Rome are just a few examples. Many of the most visited monuments in the world are listed under UNESCO’s World Heritage Sites. We need your help to make sure that there is adequate information about them on Wikipedia.

The UNESCO Challenge is a writing competition on Wikipedia where the participants will create and improve articles about heritage sites in different languages. The competition starts on the International Day for Monuments and Sites on 18 April and lasts for one month.

The event is organized by Wikimedia Sweden (Sverige), the independent chapter that supports Wikimedia projects in Sweden that is working with the United Nations Educational, Scientific and Cultural Organization (UNESCO) and the Swedish National Heritage Board.

In addition to the participant efforts in writing, UNESCO will release images of the World Heritage Sites on Wikimedia Commons, the free media repository. Moreover, freely-licensed information about the heritage sites will be provided by UNESCO. The material contributed by UNESCO can be used by the UNESCO Challenge participants to help expand and illustrate their articles.

Anyone can join the UNESCO Challenge. To participate, a Wikipedia editor will need to register their name on the project page, pick a heritage site from the list to write about (preferably those most at risk), and start editing. Participants can edit in any language on Wikipedia.

Competitors will get points for the content they add, more points for newly created articles, and much more for high-quality content. The more points a participant earns, the more of an opportunity they have to win.

Wikimedia Sverige and UNESCO are collaborating on the Connected Open Heritage project. Many of the world heritage sites are facing critical dangers of war, climate change, lacking maintenance and more. To make sure that the most thorough and accurate information about world heritage sites is preserved for future generations, we are helping collect as much data, images and information as possible.

You can make a change by expanding an article, updating its information, or adding an image. You will increase the coverage of the world heritage sites, win fabulous prizes from the Wikimedia store, and gain recognition for your work.

As the images are being uploaded, you will be able to find them in Category:Images from UNESCO 2017-04 on Commons. 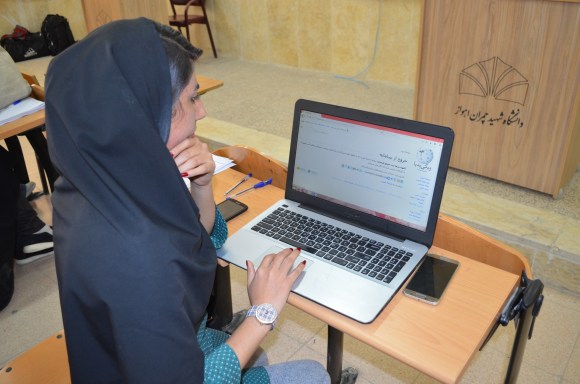 Cannabis project celebrates 420: Every year on April 20 (“420”), users of cannabis—perhaps better known by its derivative marijuana—celebrate the plant. This year, the English Wikipedia’s WikiProject Cannabis is organizing an inaugural “420 collaboration” to inspire the creation and improvement of cannabis-related content on Wikipedia and other Wikimedia projects.

The campaign will be held from April 15 to April 30, with an emphasis on 420 itself. Organizers Jason Moore and User:The Hammer of Thor emphasize that they are looking for “neutral, appropriately sourced facts”: “We want Wikipedia to have accurate and reliable information about cannabis,” they said. You can learn more about this initiative on their campaign page.

Wikipedia Education Program pilot starts in Iran: The Wikipedia community in Iran held introductory workshops to the students and educators of Shahid Chamran University in Ahvaz. The workshops helped answer the audience questions about Wikipedia in addition to giving practical training on simple editing techniques.

Board elections open: Self-nominations are now being accepted for the 2017 Wikimedia Foundation Board of Trustees Elections. In these elections, the Wikimedia community will select three board members for the term of 2017-2020.

The Board of Trustees is the ultimate governing authority of the Wikimedia Foundation and the decision-making body responsible for the long-term sustainability of the Foundation.

Self-nominations are being accepted until 20 April 2017. Information about the elections and the timeline are available on meta.

Wikipedians have already started uploading the photos to Wikimedia Commons and using them to illustrate the relevant Wikipedia articles.

Picture of the year competition final round is open: From now through 20 April, Wikipedians will vote for the 2016 photo of the year. The final round started on April 7 where only Wikipedians with some editing history are entitled to choose up to three photos. More information and voting are available on Wikimedia Commons.

Looking back: In 2014, the Wikimedia community lost the dedicated Wikipedian, educator, and community leader Adrianne Wadewitz. Three years after her death, Wikipedians are still recalling their memories with her and leaving tribute messages on her talk page on Wikipedia.

New Wikimedia project: The Eastern Punjabi Wikisource has been approved as the newest Wikimedia project. The catalyst for the project came during the Wikipedia 15 celebrations held last year, and as of publishing time the site has 777 total pages. Satdeep Gill, co-founder of the Punjabi Wikimedians user group, told us that “this project starts a new journey for the digitization and free online distribution of published works in Punjabi language.” It will fill a needed niche, he says, as the Punjabi language has no centralized online library for freely licensed works, assuming that they are even online.