Cleveland Stadium. Photo via the Library of Congress, public domain/CC0. 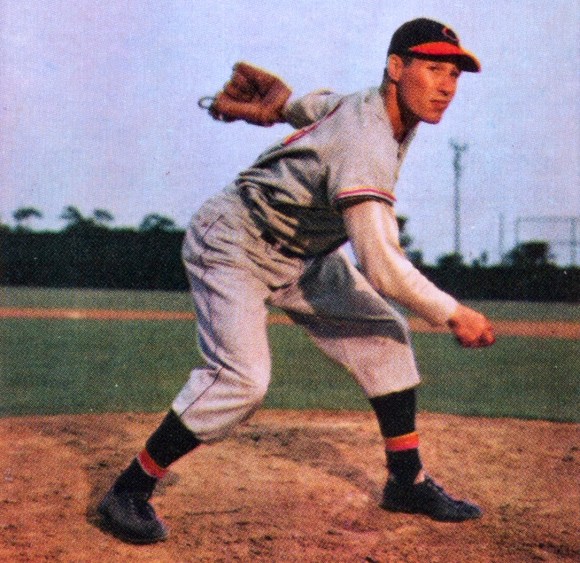 At the end of the long and tiring 1948 baseball season, the Cleveland Indians found themselves in a tie with the Boston Red Sox for first place. Both teams had the same win-loss record, and in 22 games against each other, each had won 11 games.

The stage was set for the first one-game playoff in the history of the American League (AL), one of baseball’s two top leagues. It would be a simple tiebreaker. One team would win the AL pennant, advance to the World Series, and play for the overall championship. The other would go home.

The Indians were a charter member of the AL in 1901, but had seen relatively little success in many of the years since. In 1948, they were fighting to win their first pennant and championship in nearly three decades.

To face the Red Sox, the team selected rookie pitcher Gene Bearden. Bearden had won 19 games that season, including two against the Sox, but one might assume that his arm would be tired after pitching a game just two days earlier. But he didn’t play like it. Bearden pitched the entire game, allowing 3 runs on 5 hits, while his teammates knocked home 8 on 13 hits.

The Indians went on from the tiebreaker to win the World Series. They have not won another one in the nearly seventy years since then.

Wikipedia editor, Cleveland native, and baseball fan Wizardman, who admits to being “spoiled” by the Indians’ success when he was growing up in the 1990s, is hoping that the Indians will win another title this season, which starts on April 3. They had a great chance as recently as last year, when they “heartbreakingly” fell exactly one win short to the Chicago Cubs.

In the meantime, Wizardman is focusing on the Indians’ 1948 season and its 45 related articles on Wikipedia, many with surprisingly fascinating storylines.

“Now that I’ve delved fairly deep into it, it has shocked me just how many stories make up each individual player,” Wizardman said. “Significant events certainly weren’t limited to just Bob Feller‘s wartime service or Larry Doby breaking the American League color barrier. You’ve got a guy who was later banned from the minor leagues, a guy who suffered a cerebral hemorrhage on the field, and one of the rare ballplayers who hit four homers in a game.”

And that’s not even getting into nicknames. Feller, the ace on Cleveland’s pitching staff, was known as “The Heater from Van Meter”, “Bullet Bob”, and “Rapid Robert.” Al Gettel went by “Two Gun.”  And Mike Garcia was affectionately called as “Big Bear,” giving a name to Wizardman’s ongoing mission to improve all of the articles related to the team in that year: Operation Big Bear. 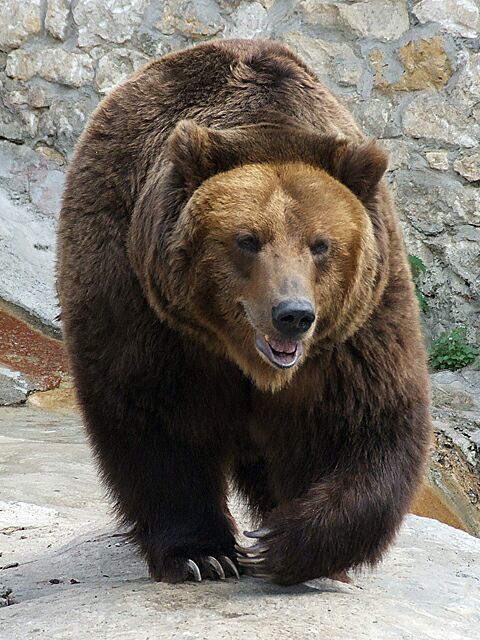 The operation’s mascot is a literal bear (above) that Wizardman has named “Dwight,” a reference to The Office character and a conversation he once had. Photo by Simm, public domain/CC0.

Of all the articles he has or plans to write about the team, Wizardman says that Don Black is probably his favorite. It was the first article he worked on that related to the 1948 Indians, and the surprising details he found—a sobriety-fueled career turnaround, the cerebral hemorrhage—helped him decide to create Operation Big Bear. “Had I picked a boring ballplayer first,” he said, “who knows if I would have continued.”

Remaining interested and engaged with the content you’re writing about is important, because It can be difficult to write Wikipedia articles about this time period. The site’s content is built on the concept of verifiability, meaning that information added needs to be cited to reliable sources. “Readers must be able to check that any of the information within Wikipedia articles is not just made up,” the page says.

But many of the reliable sources from the 1940s are still copyrighted in the United States, so they are rarely available through free resources like Google Books, HaithiTrust, or the Internet Archive. That’s a major reason why, Wizardman notes, Wikipedia has a “recentist bend” that includes baseball, like the several Indians players from the 1990s with “good” articles written about them. For those in more recent times, there are more available reliable sources about their lives and career, many for free. For the opposite reason, “the same caliber of pre-Internet player is probably a stub [article],” he says.

Wizardman has found tricks to help him get around these difficulties. One major help has been access to the archives of Cleveland’s primary newspaper (the Plain Dealer) and Newspapers.com, the latter through the efforts of the Wikipedia Library. Another has been the lack of difficulty in writing what he calls “decent” baseball articles, as “the game is naturally very stat-based,” he says.

But on the other hand, “making the leap from relying on stats and telling the ballplayer’s story is much more difficult.” For example, Wizardman may have access to the Plain Dealer, but it is rare for a player to have stayed in Cleveland for his entire career. “Tackling other aspects,” he said, “such as being traded to another team where sources are harder to come by, … can be challenging.” With limitations like that, Wizardman has been forced to concede that at least 19 of his 45 planned articles will never be finished to the standards of Wikipedia’s highest “featured” quality level.

Wizardman has had help in Operation Big Bear from Zepppep, a editor who according to Wizardman “didn’t edit on Wikipedia long, but did do a few of the articles on the 1948 Indians, and helped to re-kickstart [Operation Big Bear] after I had moved on to other things.” Of special importance to Wizardman was Zepppep’s work on Bob Feller’s article, “the one player more than any I wanted to get to [featured status], both due to his significance and the shape of the article when I first read it 10 years or so ago (it was bad).”

You too can help Wizardman on his mission, lest it take until 2030 to finish. Head over to Operation Big Bear and start working on one of the red, orange, or yellow articles.