Photo by The Photographer, CC BY-SA 4.0. 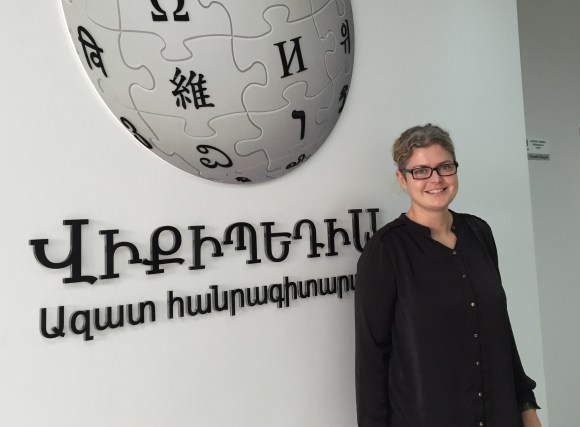 In November and December 2016, Wikimedia Armenia and Wikimedia Norway (Norge)—two independent chapters that work to advance the Wikimedia movement—held parallel editing contests in their home countries. The initiative encouraged Armenian editors to write about Norway and Norwegian editors to write about Armenia on their respective language Wikipedias; the winner in each country is getting a free trip to the country they wrote about as a reward.

The cross-border event is held to show the values of Wikimedia as an international movement. It was kindled when Tove Eivindsen, a former trustee of Wikimedia Norway (pictured above), visited Wikimedia Armenia’s office in 2015.

On the Norwegian Wikipedia, the contest focused on quality. Two active editors read the new articles, and nominated the top 10. Another committee, consisting of a representative from the National Archives in Norway, a nonfiction writer, and a journalist, reviewed the top 10 nominees and gave a final decision. Commentary on each of the top 10 articles was posted to the article discussion pages to inspire further improvement.

Wikipedian Telaneo took first place in this competition with his article about Levon Ter-Petrosian, the first president of Armenia. Telaneo is planning a visit to Armenia in the summer. In total, 65 new Norwegian-language articles have been created as part of the contest. 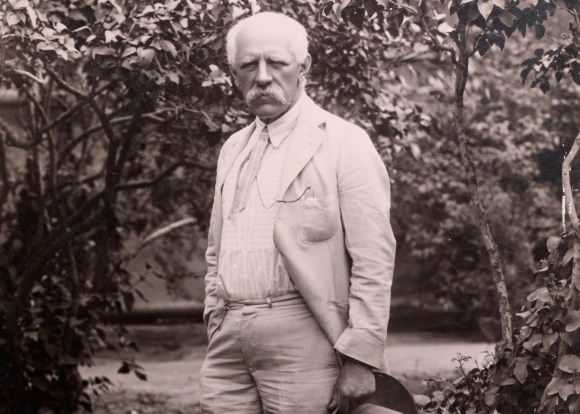 Fridtjof Nansen, Norwegian humanitarian and Nobel Peace Prize laureate, who spent much time trying to help Armenian refugees. He is sometimes seen as a symbol of fellowship between Norwegians and Armenians. As part of the contest, a photo collection was uploaded by the National Library about The Fridtjof Nansen trips to Armenia. Photo by Kozak, public domain.

On the Armenian Wikipedia, 34 users participated in the contest, focusing on Norway’s geography, the history of the country, and celebrities; they created 766 articles. After the contest, a jury consisting of Wikimedia Armenia staff assessed and gave points to each article. The Armenian-language winner was Gardmanahay, given for editing the best articles about Norway. The winner announcement and award ceremony were part of the Wikipedia 16 celebration at the Wikimedia Armenia office in Yerevan in January.

We hope to continue our collaboration on cross-chapter work in the coming years!

Open science fellows program in Germany: In September 2016, Wikimedia Germany, in collaboration with the Stifterverband, adopted an open science fellows program. The program supports ten selected scientists in different research areas. Scientists are provided with the needed funding and information to help each one of them carry out one project within six months. The program aims at making research more accessible and compatible with the standards of Open Science and open knowledge sharing. Research findings are being published on Wikimedia Germany’s blog.

Melanie Tietje, whose project concentrates on reproducibility, community feedback, and open publishing, has written about her research both in a German and in English. Like Tietje, did Nic Schmelling, who is working on the evolution of biological clocks, while other fellows are working on copyright law or media studies.

New York City hosts several editathons for Black History Month: Throughout February, the Wikipedia community in New York City is hosting several editing workshops, meetups, and other events. The main topic for the events is black history month. More details about the event venues and schedule are available on Wikipedia.

Editing for gender diversity on Wikipedia: This month WikiProject Women in Red is also celebrating the black history month by holding an online editathon with the theme of ‘black women in history’ that is lasting through the end of February. Wiki Loves Women, another project working on increasing gender diversity on Wikipedia, is joining the effort with two editing events, 16 African Women Translatathon, an event that aims at translating the biographies of 16 African women to as many languages as possible. The other event was an editing workshop on Women in Agriculture that took place last week.

Wikimania updates: Montreal is getting ready to host hundreds of Wikipedians for their annual conference of the Wikimedia movement next summer. However, this week is the last opportunity for applying to get a scholarship to attend this year’s conference. Deadline for scholarship applications is 20 February 2017 at 23:59 UTC. For prospective applicants, scholarship committee head Martin Rulsch told us that “it’s always useful in applications to be honest, to provide evidence for what you claim to have done, and not to over- or understate your efforts. Make it realistic and look around you how active other users are. It’s always good to have a plan what to do at Wikimania. It’s also important to take this application seriously, as only two sentences on how you report your activities may not be enough. If you have attended Wikimania before (in particular on a Wikimedia Foundation scholarship), you should explain how Wikimania helped you and your communities, and why/how you want to continue this service.” A public reviewer’s guide and FAQ page.

Moreover, the Wikimania committee is looking for new volunteer Wikipedians to join its members who will help putting together the program and schedule of the conference. More information on the requirements and how to express interest on Wikimedia-l.

New Signpost published: A new edition of the English Wikipedia’s community-written news journal was published last week. Stories included an interview with the Wikipedians behind WikiProject Birds; tips on making the most of Wikipedia editing workshops; Media and politics on Wikipedia; Technology; and Foundation updates.