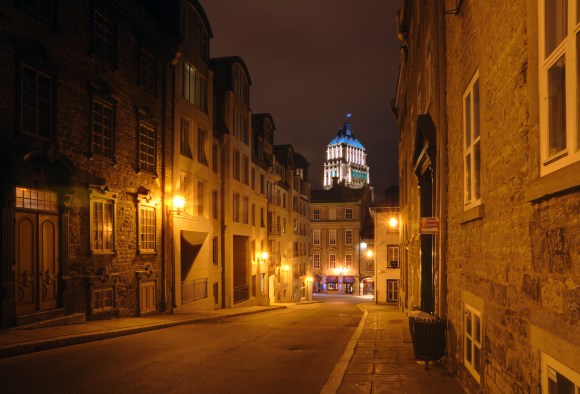 “We mourn the death of an esteemed member of the faculty and the university, a devoted man beloved by his colleagues and students.”

This is how Denis Briere, the rector of Université Laval in Quebec, publicly mourned the loss of Khaled Belkacemi, a 60-year-old professor and a father of three children.

Belkacemi and five others were killed on January 29 when a gunman opened fire at a Quebec City mosque shortly after the Isha (evening prayers). They included Ibrahima Barry and Tanou Barry, two Guinean cousins who lived with their children in Canada and supported their families back home. Nineteen others were injured.

Many were shocked with the news of the attack, especially those that knew Quebec as a city that sees little crime and violence. The Canadian government condemned the attack, with Prime Minister Justin Trudeau describing it as a “despicable act of terror” that took the lives of “a group of innocents targeted for practicing their faith.”

Thousands of Canadians took to the streets in Quebec, Montreal and other cities to hold vigils, express their outrage over the attack, and show their solidarity with the Canadian Muslim community.

Only two hours after the shooting, a small article about it was created on the English Wikipedia by the user Rossbawse. In the next 24 hours, Wikipedians featured the attack in 14 languages, which received over 87,000 views. As of the publishing time, there are 21 articles in different languages on Wikipedia, which have received over 240,000 views.

Ahmed Al Elq, a Wikipedian from Saudi Arabia, wanted to add a snippet about the mass shooting to the Arabic Wikipedia’s “In the news” section on the main page, but he could find no article about it in Arabic—so he created it himself. “I have translated parts of the English Wikipedia article into Arabic and added some reliable sources to it,” says Al Elq. “Then, the page was expanded by other Wikipedia volunteers.”

Al Elq believes that documenting momentous news on Wikipedia is crucial: “Wikipedia articles are more like comprehensive reports. They can be categorized and easily accessed. Unlike media websites, where the news is posted in scattered places and pages are not easy to link to. Wikipedia articles are usually coherent and continuously updated.”

In the next few days after the incident, the Wikipedia page about it has been updated hundreds of times to reflect updates to the case and investigation findings.

“Even reliable sources weren’t immune from mistakes during this event. Police leaks to La Presse and Radio Canada (CBC) resulted in many outlets publishing that one of the suspects arrested that night was a Moroccan. By noon the next day, it turned out that, that “suspect” was actually a witness who had called 911 and had been administering first aid before being detained for fleeing from police after he mistook them for the gunman returning. Many outlets responsibly deleted/updated their articles to reflect the truth, but others did not, most notably Fox News, which left a tweet with the inaccurate information up for the better part of a day, until the Canadian Prime Minister’s Office formally complained.”

According to Newsweek, sharing fake news about this attack “jeopardized the trust in digital media”—in this case, it fueled negative perceptions of the sequence of events. Al Elq has created his article about the shooting on Wikipedia for many reasons but most importantly for “authenticity,” he says. “Some people question Wikipedia’s authenticity, [but it helps spread] the news with references and neutrality,” he explains.

Like Al Elq, Patar Knight joined the English article editors in order to “increase the quality… since it’s an important topic, and Wikipedia is in a good place to deal with the confusion around incidents like this one.”

In November 2015, when an even more brutal terrorist attack hit Paris, Patar Knight was one of the main contributors to the article about it. Though he finds editing such articles to be “pretty soul-crushing,” as the editor has to “sift through stories, some of which contain very grisly details,” he is comforted by his firm belief that Wikipedia plays an important role when it comes to breaking news:

“Wikipedia has the good fortune of being able to stay up to date as long as we have vigilant editors. Outdated and inaccurate information can be used to spread hate on all sides of the spectrum, so Wikipedia editors have the responsibility of getting the story right.”