Photo via the Metropolitan Museum of Art, public domain/CC0. 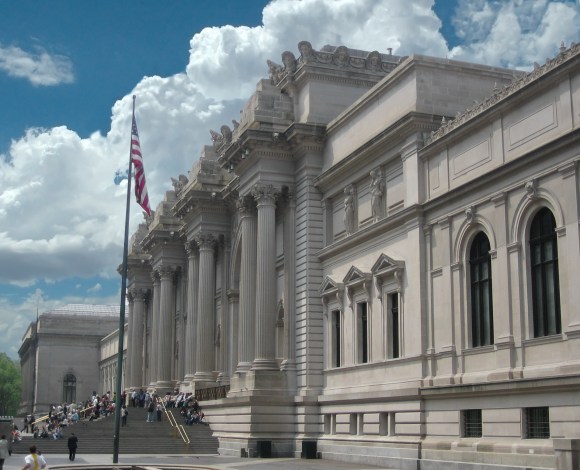 Today, the Metropolitan Museum of Art in New York City, known by many as the Met, announced that it is placing more than 375,000 images of public-domain works in the museum’s collection under a Creative Commons Zero (CC0) dedication. The release, which covers images of the great majority of the museum’s holdings, is part of the Met’s Open Access initiative and will enable anyone, anywhere to freely access, use, and remix photos of some of the world’s most well-known works of art.

Over the coming months, I will be working in close collaboration with the Met and the Wikimedia community as the museum’s first Wikimedian in Residence to make these images more readily available and integrated within the Wikimedia projects. While much of the Met’s collection are historical works in the public domain, the Met is now lifting any licensing restrictions on its own photography of these artworks, and unambiguously releasing them under CC0, so they can be used freely online. With the Met’s CC0 release today and updating of its licensing policy, images of the Met’s public domain artwork will be freely available online to be reused for any purpose, without restriction under copyright law.

Among the 375,000 newly copyright-free items are the Met’s images of Emanuel Leutze’s famous Washington Crossing the Delaware, a painting by Monet from his Water Lilies series, images and background on Robe à la Française (18th-century French attire), background on expertly carved jade from 3rd century B.C. China, and stunning fragments of a statue depicting an Egyptian queen from the 14th century B.C.

For now, it all begins with a little gold frog. A small gold pre-Columbian pendant of a tree frog from the 11–16th century is one of several dozen three-dimensional objects, like jewelry, clothing, furniture, and weapons, uploaded to Wikimedia Commons and Wikidata with the thoroughness of a museum and the openness of Wikipedia.  Small things can lead to serendipitous discoveries of opportunities and gaps in coverage—only when creating the Wikidata item for this little frog, did I find the culture that created it has an article only on Polish Wikipedia. 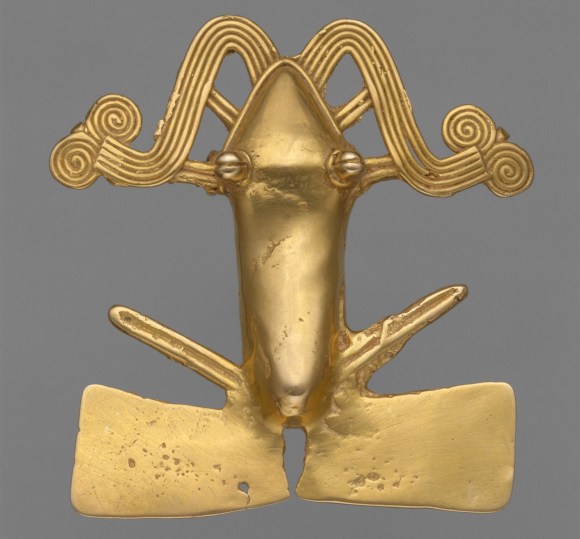 Photo via the Metropolitan Museum of Art, public domain/CC0.

In my role as the Met’s Wikimedian in Residence, I will collaborate with other Wikimedians through projects like WikiProject Metropolitan Museum of Art to add newly available images to Wikimedia Commons, document each artwork’s metadata within Wikidata (the Wikimedia knowledge base that is used by all Wikimedia projects), and facilitate the writing of Wikipedia articles on major artworks and art topics in the collection. My ultimate goal is to “Wiki-fy the Met, and Met-ify the Wiki”, bringing together the complementary strengths of global community and institutional knowledge.

I plan to work with the Met to host online, multilingual edit-a-thons and partner with other Wikimedians and affiliate groups who can use the Met’s collections in their own contributions to the projects. We also plan to work with the Wikimedia technical community on new models of volunteer tools to improve art coverage on Wikidata and beyond, enabling broader utilization of Met collections throughout Wikimedia.

I’m looking forward to starting this work and continuing to work with the Wikimedia community and the Met on future collaborations. I hope the Met’s historic contribution inspires other GLAM institutions (galleries, libraries, archives, and museums) around the world to open up their collections to the world and make them freely available for everyone to learn from, enjoy, and share freely.

You can read updates to this piece from July 2017 (Wikimedia Blog) and February 2018 (Met Museum blog).