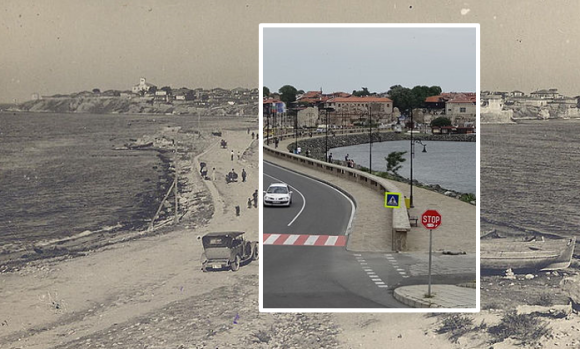 What would you do if you had over 6,500 public domain and freely-licensed photos? For Bulgarian Wikipedians, the answer was: the Archives Challenge.

The Archives Challenge is a competition to maximize the use of digital copies of 6,500 photos and documents from the Bulgarian Archives State Agency (BASA) which are now available on Wikimedia Commons, the free media repository, thanks to the efforts of many volunteer editors.

From November 15 to December 15, 2016, participants of the challenge are working on categorizing the photos, adding descriptions, translating the descriptions, and adding the photos to relevant Wikipedia pages, in addition to several other creative jobs to make the most out of the available photos.

The photos used in this competition are the product of five years of collaboration between Wikimedians of Bulgaria and BASA. The latter decided to release a large part of the archives collections to the public and the Wikipedia community took action on this.

“The work with BASA is very exciting,” says Spasimir Pilev, one of the main organizers of the competition. “We visit the archives almost every week — we scan the documents and request new ones. Afterwards, we upload them to Wikimedia Commons where the work begins.”

Although it started in Bulgaria, people from around the world are helping out, which helps in providing better file descriptions. For example, “we have 30 images from Saratoga in California,” Pilev explains. “We know where the photos are from, but not what exactly is featured in each photo. We can’t recognise the buildings, streets, etc.”

Of the ones that are recognized, some have been used to compare how the places looked like in the past versus now.

Last year saw the first edition of the Archives Challenge, when Wikipedians added descriptions to 3,200 photos, 600 photos were used on Wikipedia, 94 new articles were created, and 69 pairs of photos made it to the Then & Now gallery.

So far, this year is proving far more productive, as the number of photos in use on Wikipedia increased. The Wikipedia pages containing photos from the Archive Challenge have also been visited over 3,000,000 times in November 2016 alone.

“Such priceless resources [should] be used to the fullest. Many of the pictures were taken outside of Bulgaria’s borders. When these images are available to a larger circle of people, they can be localized and used much better,” Pilev elaborates.

Wiki4MediaFreedom edit-a-thon concludes: On November 21, sixteen people from six countries gathered in Belgrade, Serbia for the Wiki4MediaFreedom edit-a-thon (editing workshop). Conceptualized by Wikimedia Serbia and Italy, independent affiliates that work to advance the Wikimedia movement, and Osservatorio Balcani Caucaso Transeuropa, the event brought journalists, media freedom activists, experts, and the Wikipedia community together—”three groups that share the battle for freedom of information along with the need for quality information and a richer and plural information ecosystem,” Rossella Vignola told us. Tangibly, they together created eleven new articles and improved four more, and the group hopes that the connections made will bear additional fruit in the future. More information is available on Meta and on balcanicaucaso.org.

Wikimedia community in Estonia receives prestigious prize: The European Science photo competition organized by Wikimedia Estonia won the second prize for the “Popularization of Science and Technology Using Audiovisual and Electronic Media” by the Estonian Research Council. Wikipedian Ivo Kruusamägi was the main organizer of the competition and one of the driving forces behind its success. He received the prize on November 23.

Contemporary Chinese art edit-a-thon in New York: The Wikipedia community in New York City held an edit-a-thon that will focus on modern and contemporary artists from Chinese speaking countries. The event coincides with the conclusion of Wikipedia Asian Month, where Wikipedians from around the world work on improving Wikipedia’s content about Asia.

GA Cup analyzed: The Signpost has published an in-depth research piece on the GA Cup, a competition on the English Wikipedia that encourages editors to review candidates for “good article” status—a marker of quality. You can learn more over at the Signpost.

Milestones articles and entries: Michenerit, a rare mineral, was the subject of article number two million on the German Wikipedia. The site is the fourth language Wikipedia to reach this milestone after the English, Swedish, and Cebuano Wikipedias. Meanwhile, the English Wiktionary crossed the five million entries rubicon with ათარიღებს‎, a Georgian word meaning “to date (to determine the age of something).” They hit four million in May 2015. Congratulations to both communities!