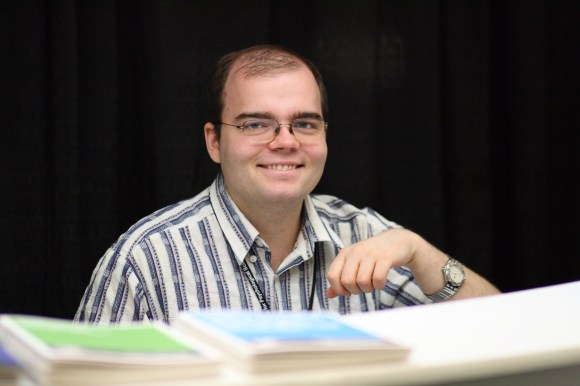 Karl Marx’s argument that society is controlled by economics and politics paved the way for deeper research into social studies: Max Weber’s book, The Protestant Ethic and the Spirit of Capitalism, drew a connection between economic sociology and the sociology of religion, and Émile Durkheim established the first European Department of Sociology in France in 1898.

The trio of Marx, Weber and Durkheim are known as the founders of modern social science, and it is no coincidence that the three Wikipedia articles on these founding sociologists are all “good articles“, a designation for quality on Wikipedia that only a small number of articles achieve.

The editor that improved the articles to this level is Piotr Konieczny, a sociology professor at the University of Hanyang in South Korea. Konieczny feels these articles are worthy of being deemed high quality because of the importance of the subject in human history:

They are key figures in sociology, and are discussed in all university courses dealing with Classic Sociology, History of, or such. As a fan of open textbooks, I decided to use several major sociology textbooks to expand and verify every fact in those articles. I think this demonstrates how Wikipedia can potentially replace traditional textbooks or book chapters. I am not saying Wikipedia articles can replace an in-depth book, but they sure can replace a 20-30 page-long biographical chapter on the significance of a historical figure’s life.

In addition to the articles covering the trio of groundbreaking sociologists, Konieczny has improved 79 good articles and 22 featured articles in the 13 years since he joined Wikipedia. He started editing in 2003 as a way to give back to the community. His sense of purpose drove him to make massive quality contributions online and to help recruit editors, especially from universities, where he was one of the very first educators to assign students Wikipedia editing tasks.

“There are many ways to make the world better,” says Konieczny, “and volunteering is prominent here. While there are many worthy cases, creating educational content on Wikipedia is the best way to educate the world’s populace.”

The long but prolific Wikipedia journey during which Konieczny made nearly 250,000 edits on Wikimedia projects and created over 2,900 new articles started bizarrely: “My first edits involved adding some copyvio content,” Konieczny recalls. “After it was removed, I got annoyed but also motivated enough to learn why, which taught me about plagiarism, copyvios, copyright, free culture and related topics. I guess I was one of those newbies who did not get discouraged by the removal of their content. Instead, I got a good learning experience from it.”

Soon after the Polish-born scholar embarked on his academic career, Konieczny wanted to share his Wikipedia experience with his students. Konieczny has been assigning his students Wikipedia editing tasks since 2006, long before the idea of using Wikipedia as a teaching tool would become as popular as it is today.

Regular Wikipedia courses started in the United States in 2010 as part of the Wikimedia Foundation’s Public Policy Initiative. The initiative has rapidly grown to the Wikipedia Education Program, now recognized worldwide in over 60 countries. Thousands of students participate and add millions of bytes to Wikipedia every year. However, the idea of teaching with Wikipedia has some older roots.

“I was not the first” to use Wikipedia in education, says Konieczny, pointing to a list of school and university projects that has been extant since 2003, but he’s been doing it “with scarcely a break in 10 years.” His students added dosens of quality articles to Wikipedia.

Konieczny’s Wikipedia-related contributions to academia were not limited to teaching with Wikipedia. He has written and published several papers about Wikipedia, teaching using Wikipedia, the decision-making process within the Wikipedia community, and other topics.

He also holds introductory workshops to introduce Wikipedia to university professors and collaborates with his students on organizing Wikimedia related activities. This year, Konieczny and one of his previous students helped organize the first Wiki Loves Monuments photo contest in South Korea.

On his Wikipedia user page, Konieczny describes himself as an otaku, a word of Japanese origin that means “someone with great interest in something to the detriment of their personal life.” It is typically used to refer to anime fans—but given his contributions, Konieczny is probably a Wikipedia otaku as well.