This article is available in: English ՀայերենEspañol 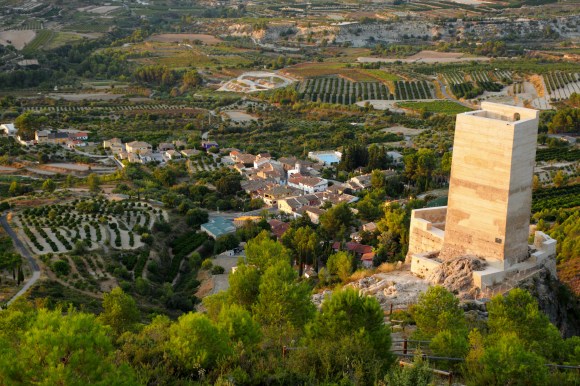 At the 2016 Wikimedia Conference, held in Berlin earlier this year, representatives from Wikimedia Armenia and Wikimedia Spain began planning for a joint project. The initial conversation was focused on increasing Wikipedia content, so finally we decided to work on castles and fortifications of both countries, with the aim of improving the cultural and historical knowledge between the two countries and strengthen ties of communication between both Wikimedia communities.

We agreed to organize a September online contest with prizes for the top participants, like Amazon gift cards and books—along with some surprises. The community in Armenia could win by editing articles on Spanish castles, and the one in Spain would do the same with Armenian castles. We worked together to create the contest pages, along with rules and a list of proposed articles, on Meta and the Armenian Wikipedia. Omicroñ’R, an Armenian Wikipedia Education Program participant, created a logo.

We established three awards in each country: volume of contributions per user, best-quality article based on formal criteria, and volume of translation into other languages. Participation and content volume were very high, considering the narrow topic. A total of 283 articles were edited in 7 languages, of which 276 were new, by 21 editors—12 from Armenia and 9 from Spain. One of the Armenian participants of the contest, Anahit Baghdasaryan, noted:

I like the Spanish language and always seek new information related to Spain, and this gave me the opportunity to get acquainted with the inimitable beauty of Spanish castles and forts. While translating articles I learned a lot of new things … I participated in this contest with great love. I’m glad that my contributions gave an opportunity to Armenian readers to find Armenian content about this part of Spanish culture on Wikipedia. “Castles challenge” was an interesting and admirable world for me.

Both Wikimedia Armenia and Wikimedia Spain are happy with the results and the experience, so we hope this is the beginning of a long and fruitful collaboration between the two chapters.