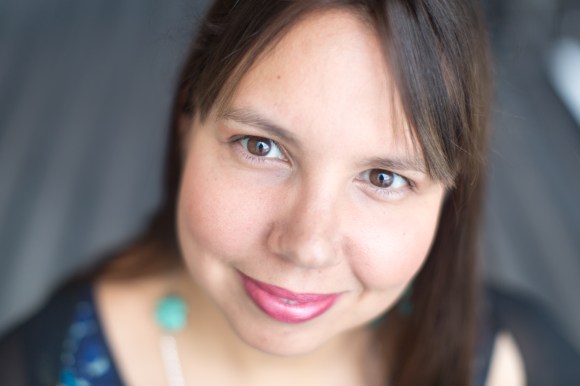 Why does Roxana Sordo contribute to Wikipedia? “As teachers, we are role models for our students, we are agents of change in the digital era. I think it’s fundamental to use new technologies such as Wikipedia in education,” she says.

“Using Wikipedia in particular is really innovative because it allows the students to learn new skills and acquire digital competences and, in my case as a language teacher, also new linguistic competences.”

It is through her work as an EFL teacher at a secondary school in Uruguay that Roxana first discovered Wikipedia. “I was searching for information in English about Mario Benedetti and Jorge Luis Borges, two South American writers, to create an English test, and I came across Wikipedia,” she recalls. “I noticed that it was free content and that the articles were referenced, and I checked that the information presented was based on reliable sources. I loved the way the articles were organized in neat sections and that you could use the pictures freely.”

Not long after that, Roxana found herself increasingly involved with not only reading, but also contributing to Wikipedia. “At first, I only made minor edits, such as fixing misspellings. I saw how these small contributions could make a difference for the quality of Wikipedia articles in the long run, and the potential for language learning that they had,” she says. “I then noticed that many articles in the Spanish Wikipedia were quite short and lacked references, so I started adding more information and references to them. And finally, I realized that many articles from the English Wikipedia that were discussing universal subjects did not exist in the Spanish Wikipedia, so I started translating some of those articles, too.” 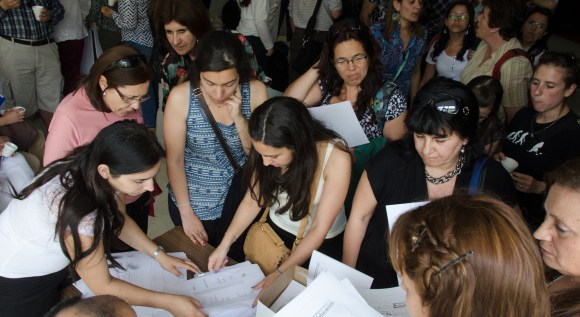 A group of participants of a conference organised by the Wikipedia Education Program in Uruguay. Photo by Fernando da Rosa, CC BY-SA 4.0.

In addition to contributing to articles on Wikipedia, Roxana immersed herself in behind-the-scenes outreach work. As a program coordinator for the Wikipedia Education Program in Uruguay, she promoted the use of Wikipedia in teaching linguistic and digital competences by contributing to education magazines and running outreach projects for trainee teachers. “We ran a project for secondary school trainee teachers, where participants were asked to improve existing articles in the English Wikipedia and create new ones in the Spanish Wikipedia”, she describes. “As a result, many teachers who were reluctant about using Wikipedia have participated in our Wikipedia editing workshops and are now exploring it as a teaching resource.”

“Writing articles to education magazines has also helped spread the word that Wikipedia can be used in the teaching arena”, Roxana says. “As a consequence, the Wikipedia Education Project we ran at the Instituto de Profesores Artigas in Montevideo has received the Sembrando Experiencias award from the National Administration of Public Education of Uruguay,” she adds proudly. “I believe education is crucial for a culture of freedom and success, and I think using Wikipedia is a great opportunity to create innovation in this area.”

As we go into detail about the use of Wikipedia in education, Roxana mentions the quite popular belief that Wikipedia is not actually being used by students. “Many teachers may turn a blind eye and say that their students are not using Wikipedia because they were told that it’s not a reliable source, or that they are not allowed to use it in the classroom,” she says. “The fact is, while Wikipedia might not be included in the teaching process, it does exist in the learning process, and pretending otherwise is just self-deception,” she points out. “Indeed, Wikipedia is part of the hidden curriculum, and it is now starting to be analyzed and understood in education programs.”

As for plans for the future, Roxana makes sure to mention the Education Collaborative. “I am going to continue writing academic articles on Wikipedia and working as a Wikipedia Ambassador,” she reveals. “Being part of the Collab has been a wonderful learning experience, and inspiring new teachers and students who want to start a Wikipedia Education Program is a very special way to contribute to the movement.”

“Learning is a never-ending process,” Roxana says. “We can’t fully control it, but we should help our students make wise decisions, become autonomous learners and take responsibility for their actions.”

For more information, please visit the Wikipedia Education Program in Uruguay and Collab portal page on the Wikimedia Outreach wiki.