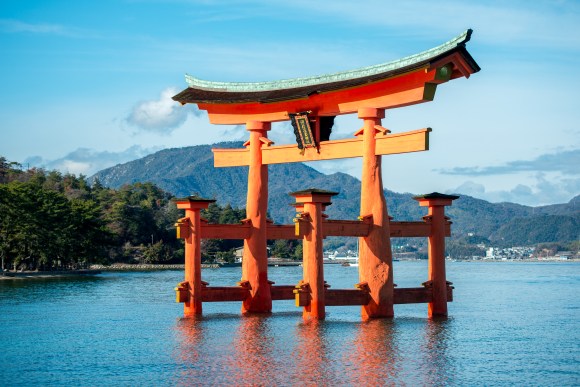 Many Wikipedians around the world are setting off today for Wikipedia Asian Month (WAM), where they will write about Asia-related topics for the month of November. Anyone from anywhere in the world can join and edit in their language’s Wikipedia.

If you are a fan of Indian cuisine, traditional Japanese costumes, Chinese culture or the history of Iraq, this is an opportunity to discover these worlds and document your findings on Wikipedia. “I personally enjoy how much I learn about various Asian topics as I judge articles, as I hope participants also do as they research them,” says Kevin Payravi, WAM organizer from the United States.

Several Wikipedia communities around the world are getting ready to provide support to the participants. Online and on-the-ground editing events, known as edit-a-thons, will be held. Participating in this event is generally for fun; editors are joining out of their passion for writing about the continent. However, when a contributor meets the criteria of creating four reasonable-quality articles, they will get a collection of especially designed postcards from different Asian countries.

Spasimir Pilev, WAM organizer from Bulgaria told us that “Asia is a very diverse and interesting continent. Bulgaria is close to Asia, but a lot about the continent remains unknown to us. This motivates me to participate in the organization of Wikipedia Asian Month on the Bulgarian Wikipedia and to draw people’s attention to Asia.”

Last year’s first-ever Wikipedia Asian Month had over 1,000 participants editing on 43 different language Wikipedias. They created over 6,000 new articles, of which at least 4,000 met the criteria. Postcards were sent as a thank-you token to people in 44 different countries and regions.

The idea started at the Wikimedia Asia meetup at Wikimania 2015, the annual conference of the Wikimedia movement. Attendees from different Asian Wikipedia communities were interested and worked together toward making it happen. “Addis Wang at Wikimania 2015 talked about this idea over and over, about having more collaboration between Asian Wikimedia communities,” says Kenrick, an organizer from Indonesia. He continued:

The Indonesian Wikipedia currently has nearly 390,000 articles, but most of the content lacks quality when compared to the English Wikipedia. This event is an opportunity to fill in the content gap and be rewarded.

This year, the event page on Meta-Wiki lists 46 languages participating with a big team striving to support this campaign. The team has posted an open call for volunteering and participation. They are also trying to make every effort to make the second year a bigger success.

“More attention will be given to relatively small communities this year,” says Wang, WAM organizer and one of the main people pushing it forward. “We have developed a new tool to help users easily submit their contributions, in order to reduce the local organizers work, and the requirements have been brought down a little bit so more Wikipedians can get postcards.”

Wikipedia jumps to number five on Alexa: Last week, Alexa global traffic reports ranked Wikipedia as the fifth most-visited website in the world. Wikipedia fluctuated between seventh and sixth between July and September, when it gained some steadiness on sixth. Last week marked a new leap as went up to number five.

Learning Quarterly: A new issue from the Learning & Evaluation newsletter has been just published with stories and insights from Wikimedia CEE 2016, Wiki Loves the Olympics editing contest, new helpful learning patterns, and featured posts from the Wikimedia blog.

Eleven Annual Plan Grant requests are open for commentary: The Wikimedia Foundation provides annual plan grants for organizations and groups to support their programs, operating expenses, staffing, etc. The first round of 2016/17 has 11 funding requests currently under review and are open to the public for commentary.