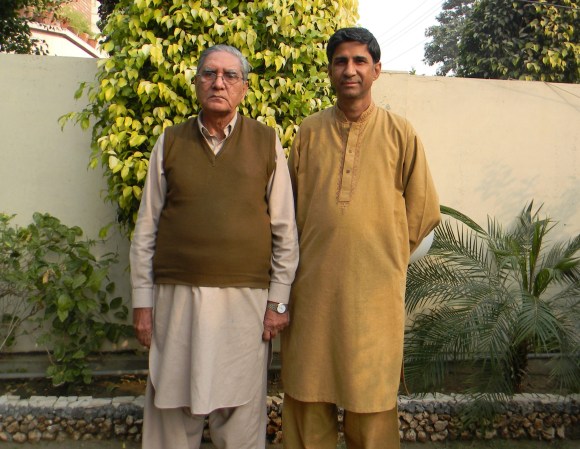 Today marks one year since Khalid Mahmood, a Wikipedia editor and pioneer, passed away after a long illness.

Mahmood was known for championing and helping found the Western Punjabi Wikipedia for the eponymous language, which is spoken in Pakistan and India but written differently depending on the country. “Punjabi is world’s 12th largest language, … my mother tongue, and [it was] a matter of shame for me that it had no Wikipedia,” he said. “I want to see the Punjabi Wikipedia as a reliable source of information, a cultural center for Punjabi people, and a matter of pride for them.”

A passionate advocate for the movement he founded, fellow editor Harvinder Chandigarh said that Mahmood “was so committed to the development of his mother tongue as well as the Wikipedia movement that he remained active on [it] until the last moments [before] his death.”

Between the Western Punjabi and several other Wikipedias, Mahmood made over 67,000 edits in seven years of editing. His effort and drive did not go unnoticed: another editor, Danish47, wrote that “his work ethic was something I have never seen in anyone else. … He always set goals for our project and laser focused on using our small writer community to achieve them.”

Mahmood’s interest on Wikipedia ranged widely. On the English Wikipedia, he wrote about things like mountains or living people from around the world, including in Pakistan. But in addition to his extensive on-the-ground work, Mahmood was well-positioned to advocate for his language in the international sphere, being an assistant professor of English at a college near Islamabad, the capital of Pakistan. He used this to great effect at Wikimania 2012 and 2014, where he met editors from around the world.

“He wanted to be remembered for something big and impactful and he made it happen,” said Danish47, and the Wikimedia Foundation’s Asaf Bartov wrote that Mahmood “was passionate about creating and sharing free knowledge … he had great plans for promoting the mission in Pakistan.”

Mahmood once simply said in an unpublished interview that “I’m happy that I’ve done something for my mother tongue.” But after his passing, it’s clear that that “something” was extremely significant—just to start, he helped found a Wikipedia for a language with 117 million speakers. His passing was a loss for the Wikimedia movement and its drive to provide the sum of all knowledge to everyone in the world, but his life’s work is being continued thanks to all those he inspired. As Danish47 says, “we are carrying on his legacy.”