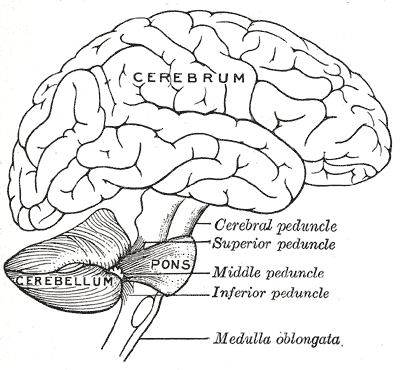 Wikipedia appears to be the most read source of medical information by the general public, as well as being extensively used by medical students, doctors, and policymakers. However, article quality remains highly variable. Bringing medical content up to the standard expected by users requires the organised collaboration of multiple communities. In a correspondence in Lancet Global Health, a number of fellow Wikipedians and I argue that we are beginning to see the early stages of just such collaborations, and put forward our recommendations for how to proceed.

Academic journals have a unique position in the medical ecosystem. They are the conduit of information between medical professionals, and publishing in them is important for many professionals’ careers. It’s fair to say that publications are the currency of academia.

Rewarding researchers by publishing their work simultaneously in a peer-reviewed academic journal as well as Wikipedia has two benefits. For the encyclopaedia, scholarly peer review and editorial oversight helps ensure the quality of the content. For the author, official recognition of the author’s contribution is an important incentive for time-pressed contributors.

Two broad models of joint-publication have been tried:

Suitable literature review style articles published in open access journals can be reformatted for inclusion in Wikipedia. These tend to be specialised topics that either don’t have a Wikipedia page, or only a stub. One of the largest contributors using this model is PLOS Computational Biology, who have so far joint-published 10 articles since 2012. The eight published before 2015 have generated 300 citations in the academic literature. In these cases, the journal essentially uses Wikipedia as a secondary publishing outlet to achieve a far broader reach than they could otherwise.

Most important topics already have an existing Wikipedia article. If it is already of high quality (perhaps having passed Wikipedia’s internal peer review system to be promoted to “Featured article“), then formal academic peer review by experts will ensure maximum accuracy. It also provides a legitimate citable stable version of the article. For example, the Cerebellum article on Wikipedia was put through academic peer review by the WikiJournal of Medicine in 2016, allowing for Wikipedia editors to be formally credited for their efforts.

For articles that are of a lower standard, publication in an academic journal provides an incentive for medical and research professionals to put together partial re-writes and overhauls. The first example of this was the Dengue feverarticle, which was brought to high quality and published in Open Medicine in 2014 and has since been viewed over 5 million times. For these publications, Wikipedia is treated as a pre-print server, with open-access content that can be put though the academic peer-review pipeline.

In both these cases, journals and authors have to adapt to the expected tone and content of an encyclopaedic article, but the impact gains merit the effort. The WikiJournal of Medicine (hosted on Wikiversity), particularly specialises in these formats. Almost all of its publications have had some information integrated into Wikipedia, and value to the general public is one of the criteria for its best article prizes. Further academic journals are potentially interested in this collaboration including PLOS medicine, Epilepsia, and the International Journal of Audiology.

Within the Wikimedia movement, we have the technical abilities, funding model, and open license that allows us to achieve distribution strategies in low and middle income countries which others will not or cannot. Examples of this include Wikipedia Zero which has brought access to health content without data charges to 600 million cellphone customers and Offline Medical Wikipedia which has seen more than 50,000 downloads in the last few months. Older offline apps based on our content but build by people outside the movement have been downloaded millions of times. 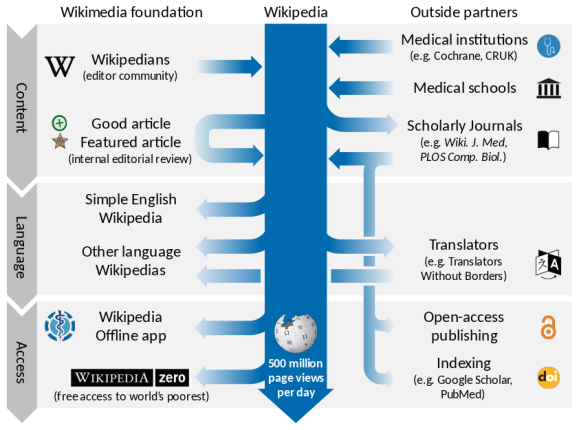 We additionally have some degree of healthcare content in more than 275 languages. This is compared to approximately 62 languages listed at Google Translate and 63 languages in which the World Health Organization publishes. By breaking language barriers, we are getting closer to the goal of Wiki Project Med: “a world in which every single person is given free access to the sum of all medical knowledge”.

Our efforts are particularly important in languages such as Odia, where there is no machine translation available. For many major medical topics, we are the only source of information online—and this is a language spoken by around 40 million people. Achievements like this have been possible through the amazing volunteer work of individuals such as retired physician and Wikipedian Subas Chandra Rout.

Promoting accurate health information online will require the close collaboration of the Wikipedia, medical, and publishing communities. Each community needs to do its part in supporting the others. Health professionals must be willing to help fact-check and reference Wikipedia. Wikipedians must engage and teach busy professionals how to edit the encyclopaedia. Finally, journals and universities must motivate this by rewarding authors for their efforts through joint-publishing schemes and other reward systems.

Wikipedia’s medical content warrants special attention. This creates a need for novel forms of collaboration and contribution in order to update and improve its content, in order to offer not only free but also reliable medical knowledge.

Editor’s note: all of this post’s authors are both Wikipedians and members of WikiJournal of Medicine‘s editorial board.