West Virginia University’s undefeated men’s football team ranks #12 in the nation. Their Wikipedia article reflects this with a good article rating and over 150 cited references.

Arguably, WVU’s (also undefeated) women’s soccer team is even more impressive; they’re ranked #1 in the nation, and two of their players qualified for the Olympics earlier this year.

But you won’t find that fact in their currently unrated Wikipedia article, which only cites 24 references.

Kelly Doyle held this up as an example of what she tries to address as Wikipedian-in-Residence for Gender Equity at WVU when she spoke at WikiConference North America earlier this month.

In just under a year, Doyle has managed to train 30 WVU librarians and over 250 students to edit Wikipedia. Starting from scratch with no editing experience, she now hosts an editathon roughly once a month on campus.

“Being able to talk to academics is what made it successful,” Doyle said. By introducing Wikipedia to students, professors, and library staff, Doyle was able to integrate academia with the editing process, encouraging new editors to think critically about their references and citations. And by focusing especially on sororities, the students’ work took significant strides in improving representation for women on Wikipedia.

She says she aims to “eliminate the gender gap in all spaces, not just on Wikipedia,” a goal that resonated clearly throughout the conference. You can learn more about her upcoming projects at her grant page, or follow the WVU Wikipedian-in-Residence pages on Twitter and Facebook.

Like Doyle, WikiConference North America took a proactive approach to inclusivity, featuring dozens of talks on how Wikipedians can improve and uplift the movement as well as the community. 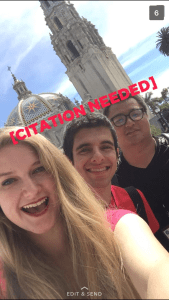 Here’s a roundup of more highlights from this year’s WikiConference North America: