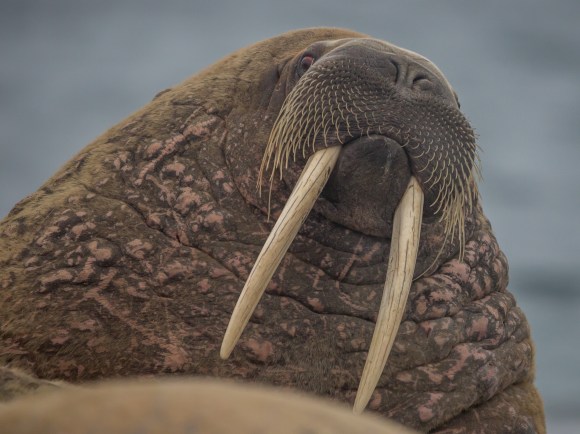 A walrus rests on a Svalbard beach. Photo by Andreas Weith, CC BY-SA 4.0.

Wikipedia tells us that the average summer temperature in Svalbard, a Norwegian island located on roughly the same latitude as northern Greenland, ranges from 4 to 6 °C (39 to 43 °F). Winter, in January, averages −16 to −12 °C (3 to 10 °F).

And thanks to the West Spitsbergen Current, those temperatures are actually on the warm side. Similarly placed regions elsewhere can be up to 20 °C (36 °F) less.

These sorts of temperatures heavily affect what can survive. Only certain types of plants and animals can live there, much less thrive.

That’s why Wikimedia Commons photographer Andreas Weith heads north as much as he can to capture the wildlife of the great white region. “I am no doubt infected by the arctic virus,” he wrote on his personal user page. “I just can’t resist using every chance to go north … the only region of this earth where man’s influence is not really obvious and where nature still rules over everything else.” 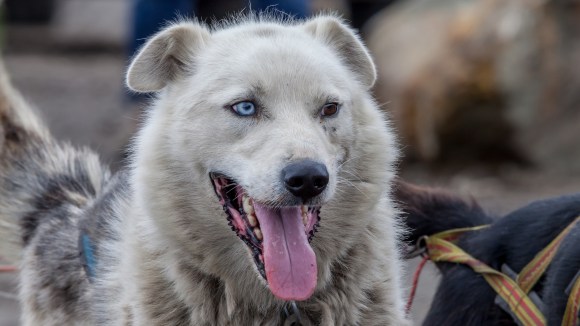 A native of southern Germany, Wieth has a PhD in biology and put it to use in several jobs before retiring. However, his work schedule meant that he was unable to travel to all of the goals he set for himself: the Galapagos Islands, the Great Barrier Reef, South America’s rainforests, and the Arctic. He was over sixty years old before he reached the fourth goal, and now he can’t not keep returning.

Weith’s animal imagery, however, is not easy to capture. To get to the Arctic, Weith books passage on Arctic cruises, which have strict rules about interfering with the environment; photographers usually have to employ a long-focus lens or super telezoom.

Still, his largest concern is that this is untamed wildlife—they’re not encumbered by the needs of good photo angles and telegenic appearances. As Weith told me, “you need to know that nature will present you with very short-lived situations that will never come back.”

Here’s some of Weith’s work, his personal descriptions of the shots, and what equipment and setups he used to capture these moments. 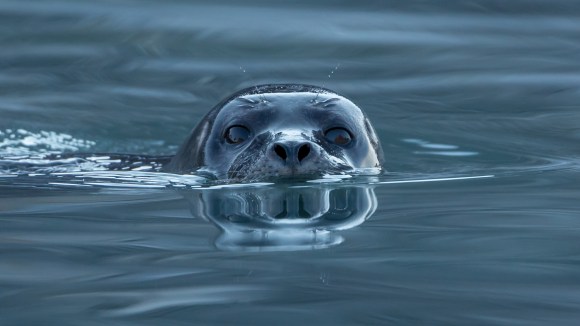 A curious seal comes out to see the photographer’s boat. Photo by Andreas Weith, CC BY-SA 4.0. 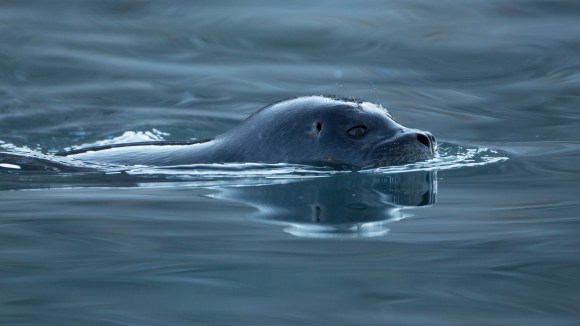 This photo was shot on a very sunny day at Magdalen Fjord while we were cruising with a zodiac. There were six of us on the boat, plus one of the arctic nature guides. After a very pleasant visit at the glacier front of the Waggonwaybreen, taking several wonderful photos of it and the icebergs in front, we noticed some wildlife in the distance, in the shade of one of the huge mountains around the fjord.

We approached the place slowly, with a minimal use of the outboard motor and producing almost no noise. About 200 meters from the shady place, we could survey the scenery: there were about 15 seals either resting on small and flat rocks just above the waterline or swimming around them.

We stayed at a distance for about 30 minutes, not knowing whether the animals would escape or not if we approached them—but they had a very low flight initiation distance. The one I could photograph was curious enough to approach us until it was maybe 8-10 meters away, and in the photo you can actually see a mirror image of our Zodiac in its eyes.  My lucky chance was that I noticed its approach very early; I could assume a position very near the water surface (despite my 3 kg camera and tele lens!) and take the photo as if I was any of its pals. I guess that’s the charm of the photo. I took only some 10 to 15 photos of the animal approaching the boat; after about 10 seconds, the seal dove away silently. It re-emerged several times but the scenery wasn’t as attractive as in that first instance.

As to the settings of my camera, I guess every wildlife photographer does the same when assumingly approaching an attractive spot: 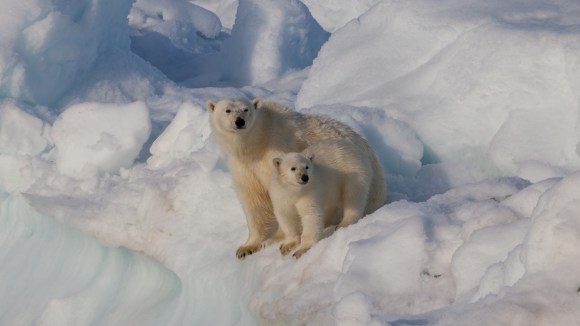 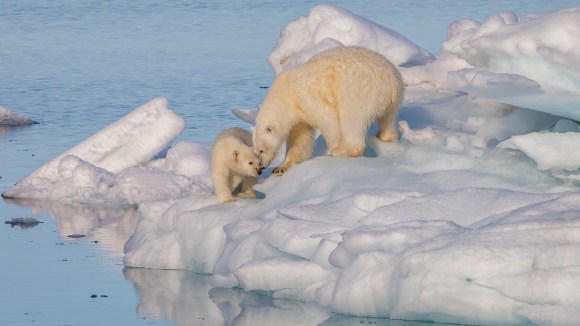 The polar bear female was shot from the ships’ deck during our cruise through Hinlopen Strait, a large sound in the northeast of Spitsbergen, while there was still very dense drift ice in the strait. It is not certain that you will spot polar bears during an expedition that lasts only a short time, so we were lucky enough to watch nine bears within a period of two weeks. It was always a competition between the ships’ crew, the guides, and us photographers to see who would spot a bear first. This one resided with its cub on a very large ice floe; we recognized them using our magnifying glasses when we were at a distance of about 2-3 kilometers. They obviously slept, little one on top of ma’s belly.

We approached them slowly, taking 30 or 40 minutes to get to be about 150m away. We had to keep in mind that a relatively large vessel might constitute a mighty enemy for those creatures.  They woke up and got to their feet when we were about 300 meters away. Indeed, after being relaxed and calm and even somewhat curious for the first 10 minutes, they showed signs of shakiness at first and later on even fear, drinking salt water, showing their black tongues,  and eating crushed ice from the floe. This perception made us turn away from them after about 15 to 20 minutes of intense admiration and observation.

I took exactly 329 photos of the scenario from the bow of the vessel, about five of which I deemed presentable to sophisticated spectators, showing some very characteristic behavior of the amazing, impressive and beautiful animals.

As to the camera setup in this situation, you can imagine that when lurking along on the decks of and expedition vessel, you are always prepared for something interesting coming up in the distance. So the setup again is: tele or telezoom lens with as long a focus as possible and the camera settings according to that. That means maximal possible shutter speed at the appropriate ISO value and an aperture that allows for the desired depth of field. In the case of the approach to the polar bear mama and her kid it was ISO 250 (nice and sunny weather), shutter at 1/640 sec (tricky, as it can be prone to some camera shake at 600mm focal length)  allowing for an aperture of f10 to f16. 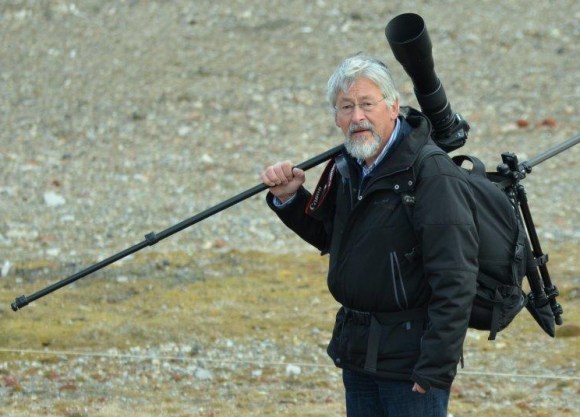 The photographer himself. Photo courtesy of Andreas Weith.