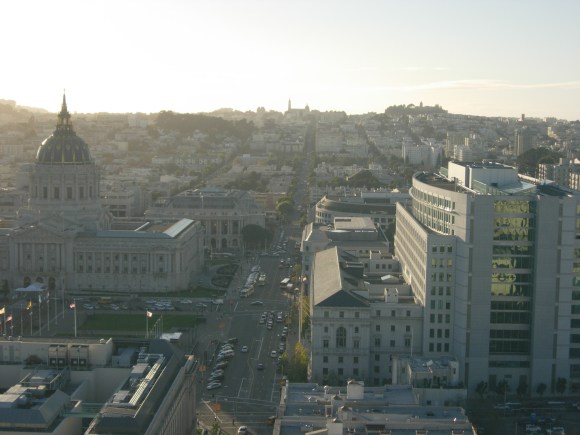 Update: On October 19, 2016, the California Supreme Court denied Glassdoor’s petition for review, allowing the lower court order to stand. We are disappointed by this outcome. Protecting online anonymity is an important issue. We will continue to monitor developments in this area of the law, and speak up where we see an opportunity to support such protections for internet users.

The Wikimedia Foundation filed a letter on Friday urging the Supreme Court of California to review the recent lower court decision in Glassdoor v. eGumball and uphold the public’s right to anonymous online speech.

The case began when eGumball, Inc., a California-based search marketing provider, filed a lawsuit against two named defendants and ten anonymous “Doe” defendants—legal stand-ins for defendants whose identities are not yet known—over several allegedly defamatory reviews of their company. The reviews appeared on Glassdoor, a website that hosts anonymous employee reviews of companies. Anonymity is a critical part of Glassdoor’s business model, because it allows reviewers to speak candidly about their employers or former employers without fear of retaliation.

The Wikimedia movement places enormous value on user privacy and anonymous expression. Users are less likely to create and share information, including information about controversial topics, if they feel that doing so might subject them to the risk of possible scrutiny or retaliation. This is why the Wikimedia projects allow contributors to create and edit content anonymously. You do not need to create an account to use Wikimedia sites, and if you do create an account, you do not need to provide your legal name or other personally identifying information. Additionally, the Wikimedia Foundation retains the limited information it collects for a short period of time, and generally requires valid and enforceable legal process before disclosing nonpublic personally identifying information to a third party in response to a request for such information.

We find the lower court’s ruling in Glassdoor v. eGumball troubling for two reasons. First, the plaintiff’s request for information about anonymous reviewers is unjustifiably broad. While the court found that there was a valid reason to identify the authors of specific allegedly defamatory reviews, the same cannot be said of the authors of unspecified “similar” reviews that were not examined by the court for potential defamatory content. A plaintiff who sincerely believes that their reputation is being harmed by speech should have no difficulty identifying beforehand the specific speech that they believe is causing harm. And courts should carefully evaluate any allegedly unlawful speech before allowing its anonymous authors to be revealed—such review did not happen in this case. Attempting to unmask anonymous authors of “similar” reviews before allowing the court to evaluate their actual speech amounts to a kind of fishing expedition, and anonymous online speakers, especially those who rely on anonymity to discuss difficult subjects, deserve greater protection from courts before their identities are uncovered.

Second, we respectfully disagree with the trial court’s decision to reveal the identities of anonymous reviewers on Glassdoor using the same IP address as the authors of one of the reviews and any “similar” reviews. This is problematic because IP addresses are dynamic and often do not correspond to specific individuals. A single person may ultimately have several IP addresses over time. Similarly, multiple people may use the same IP address, especially where they are accessing the internet through the same device, such as at a library, school, or workplace. An order that applies to all anonymous speakers associated with a particular IP address is thus very likely to expose the identities of users who have nothing to do with the allegedly unlawful speech at issue in the case. This result is particularly harmful to educational sites, like the Wikimedia projects, which are often accessed through such public computers.

Privacy is a complex issue, and in some circumstances where there is a legitimate legal reason to do so, courts may decide to unmask anonymous online speakers. However, unmasking should only be done after a careful review of specific evidence of illegal activity. It must also be done in a way that respects the expectations of users who contributed to shared knowledge, whether it be on Wikimedia projects, Glassdoor, or elsewhere, under the belief that they would remain anonymous, and whose speech has not been examined by the court. We hope the California Supreme Court will agree to review this case, and in doing so, keep these important principles in mind.