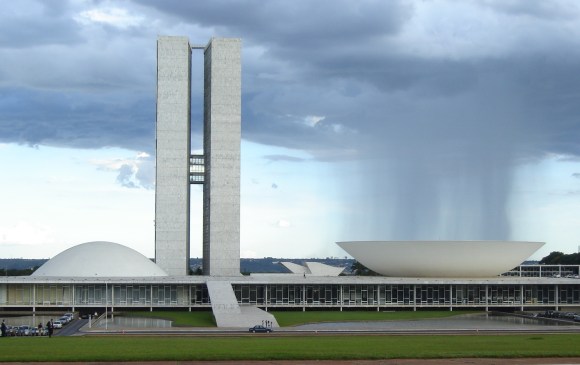 Do you remember who you voted for in the last election? And the last two elections? What about your candidate for the House of Representatives and the city council?

Recent research conducted in Brazil has shown that one month after an election, 40% of voters were unable to name the person they had voted for in elections for the House of Representatives. More broadly, there is evidence (what is referred to in political science as “rational ignorance”) to support the claim that voters do not usually remember who their candidates were in former elections, including the previous election, or the specific circumstances of these elections, especially in younger democracies.

The lack of political memory and information is associated with a low quality of political participation and of a democratic culture.

Wikipedia can provide information on elections that is easy-to-read and of good quality. This was the general motto of a Wikipedia Education Program at an introductory seminar on Political Science at Faculdade Cásper Líbero, in São Paulo, Brazil. Seventy one undergraduate students majoring in Audiovisual Communications developed a project that has resulted in creating entries on Wikipedia in Portuguese on the 2012 municipal elections in Brazil, especially cities with more than 100,000 inhabitants in the State of São Paulo. A foundational claim of this educational project —that was more formally presented at the Brazilian Communications Science Congress, in September, 2016— was that Wikipedia information is possibly information at no cost (it is after all one of the most visited websites of the world!) that can potentially be of high quality and eventually trigger a more conscious attitude towards voting, at least hoping that a good account of the 2012 elections might inform a vote of better quality in the 2016 elections, in October.

During this project, students improved the quality of dozens of entries in Portuguese about elections in Brazil, such as articles on Brazil’s Superior Electoral Court and political propaganda, and eventually created their own articles. The project, which was coordinated via an Education Extension page, had the support of volunteers from the Wikimedia Community User Group Brasil, who acted as online ambassadors and provided training sections. Entries that were created included the 2012 municipal elections in 69 cities. A template was used to provide a sense of unity in this project.

In class, the project has engaged students to discuss and learn hands-on how elections are organized in Brazil: how multiparty coalitions are formed, how debates work, how public and private funding is controlled, how much an electoral campaign costs, how majority systems differ from proportional systems, and more. Students developed editing and research skills, and they mostly fed the expectation that this class project could actually have some impact on improving the quality of voting in the 2016 municipal elections and that by providing good-quality information that is easy to read they might have had an impact on improving the functioning of the Brazilian democracy. In the aggregate entries on 2012 municipal elections in Brazil were viewed 59,921 times in the three days that preceded the 2016 voting day, in October 2.

A slightly modified version of this text is available in Portuguese on the blog of Wikimedia Community User Group Brasil.