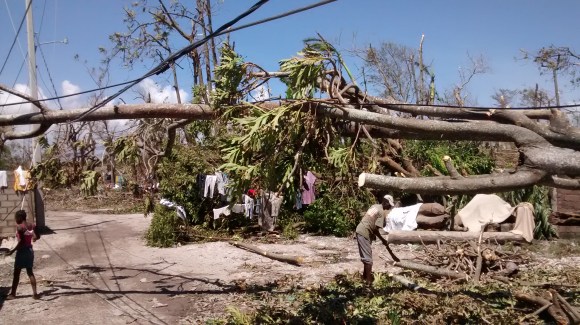 Less than three weeks ago, a little tropical wave came into view off the West African shores. This seemingly harmless front rapidly grew into a category 5 hurricane traveling across the Atlantic, reaching the speed of 160 mph (260 km/h) under the name of Hurricane Matthew.

With massive damage dealt to four countries and over a thousand dead in Haiti alone, Matthew was the deadliest Atlantic hurricane since Hurricane Stan in 2005. Many Haitian people lost their homes and sources of income, and “some towns and villages have been almost wiped off the map,” as UN Secretary General Ban Ki-moon described it.

Tropical cyclones are not always considered disastrous storms. Many weather and natural phenomena enthusiasts follow the news and development of tropical cyclones with great interest, including many Wikipedia editors.

“The uncertainty in meteorology is what makes it so intriguing for me,” says Wikipedia editor with the username United States Man. “It changes by the hour, sometimes by the minute, and the excitement comes from not knowing what will happen next. Of course, everyone would love to see the strongest Category 5 hurricane ever strike, provided it stays safely out to sea as a ‘fish storm’.”

United States Man is a member of WikiProject Tropical Cyclones, a big group of Wikipedians who coordinate their efforts to improve the Wikipedia content related to this topic. The group doesn’t usually assign any member to do a specific job, but sometimes the work is unintendedly divided between them according to everyone’s personal interest.

“In most cases, one person will tackle an entire article by themselves and another person will quality and fact check it during the Good Article Nomination process down the road,” explains Brenden Moses, better known on Wikipedia by his username Cyclonebiskit and another active member of the project. He continued:

We’ve tried tackling big storms together, such as Hurricane Camille, but the sheer amount of work involved to get these historic events to the quality they should be at is mind-boggling. Storms like Camille could easily take half a year or more of research and writing on their own. But that’s where the love of the subject comes into play. Most, if not all, of the members of the Tropical Cyclones WikiProject edit on Wikipedia out of their passion for weather. 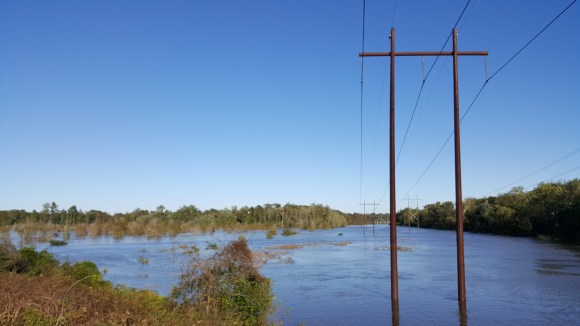 Cyclonebiskit and some other Wikipedians work on creating track maps for every tropical cyclone article. They use the tracking data from the National Hurricane Center and other sources to visualize the storm track. “These were made by the now-retired Wikipedian jdorje in 2005 as a means to provide free track maps for the entire site,” he notes.

And while Brenden is trying to visualize the tropical storm track, United States Man is more concerned about the order of events in the timeline and updating advisories; still other Wikipedians will be editing other parts of the articles.

Both Moses and United States Man agree that Wikipedia articles about weather shouldn’t be referred to when the reader wants to decide what to do, especially in a disaster scenario. Instead, disclaimers will sometimes refer the reader to local weather service providers and government websites.

“Wikipedia is probably the best place to find the most comprehensive information on an event, even if current,” United States Man explains. “Many people use it since it is easy to access, and not everyone can make sense of the [United States’] National Hurricane Center’s page, where they have to read through many pages to get information. I think it is very important to keep that information up-to-date for people, but we still have to point people in the NHC’s direction for the most official and updated information.”

There is a very large group of Wikipedia editors who share the excitement when writing about tropical storms. They like providing the most up-to-date information to the public, and they share the pain too when it comes to dangerous weather events.

“In the case of Matthew,” Cyclonebiskit remarked, “it’s been incredibly heartbreaking reading about the catastrophe in Haiti. Meteorologists knew days in advance that Matthew would bring devastation to the impoverished nation, and watching the storm approach and make landfall there was gut wrenching. But the feeling really hits once you see the images of devastation on the ground.”