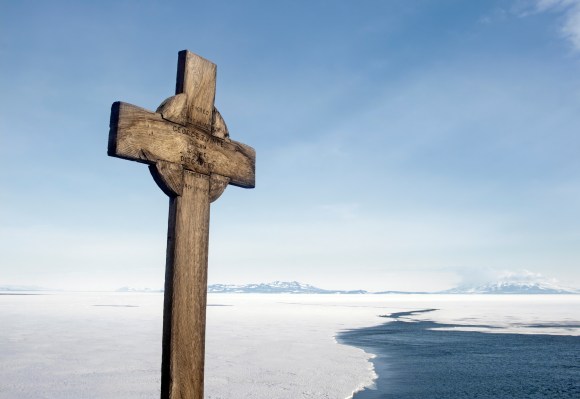 In 1845, two warships in Britain’s Royal Navy—Erebus and Terror—were sent to explore the possibility of a navigable sea route around the northern end of Canada. The vessels, crewed by 129 men, were led by Captain John Franklin, an experienced Arctic explorer.

Franklin’s expedition left Britain in 1845 and were last sighted in July by a British ship near Baffin Bay, located between what is today far northern Canada and Greenland. According to documents found years later, the expedition wintered on Beechey Island and continued onward in the following year before being trapped in pack ice off King William’s Island in September 1846. In itself, this was not a problem, as their ships had been refitted with iron sides.

Unfortunately for the crew, however, the ships were never able to break free of the ice. A year and a half (and two winters) later, the remaining members of the expedition left King William’s Island and eventually perished.

Last month, Terror was rediscovered; the wreck is reportedly sitting on the seafloor in “excellent” condition. If so, it was possibly preserved by the cold water in a way similar to the Swedish warship Vasa, which we wrote about a few weeks ago.

Wikipedia editor Patar knight has volunteered his time to document Terror‘s history on Wikipedia. About the discovery, he said:

The discovery of Terror should make historians question the traditional narrative of the Franklin expedition, which is that the ships were trapped in ice and the crew died trying to make a trek to the mainland. Its position far from where it was expected to be and the presence of a rope through the ship’s deck means that the crew may have used an anchor after re-manning it and trying to return home. The wreck is in good condition and there’s potential for recovery of other artifacts … that could provide more clues as to their fate.

The find, along with Erebus in 2014, garnered much media attention from outlets like the Guardian and the New Yorker, who wrote that Canada was rediscovering the “Franklin mythology.” Patar knight would agree, as he pointed to the expedition’s continuing legacy in Canadian history and culture, including an appearance in the second line of what he called the country’s “unofficial” national anthem: “Northwest Passage,” by Stan Rogers.

Canadians, however, were not the only ones enthralled with the idea of polar explorers. These singular individuals embarked on voyages of discovery, a notion that has fascinated much of humanity at varying points in all of history, and often became celebrities at home if they returned. 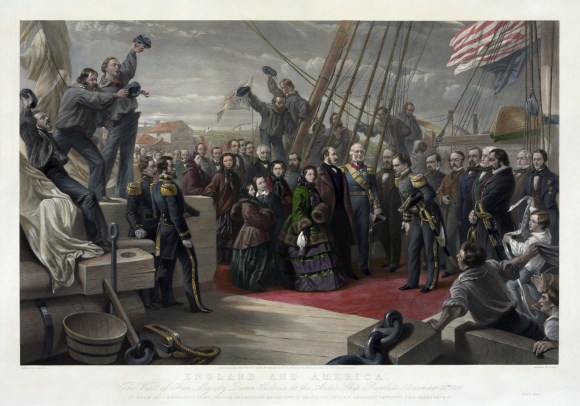 Brian Boulton, another Wikipedia editor, knows this fascination all too well. He has written a large number of Wikipedia’s “featured” polar exploration articles, rated for being “the best articles Wikipedia has to offer.” His research focuses on the so-called “Heroic Age of Antarctic Exploration,” a period where several high-profile expeditions were launched to explore Earth’s southernmost continent. Boulton told me: 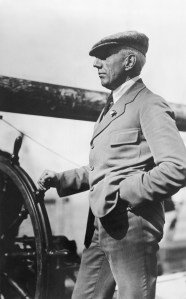 Roald Amundsen. Photo via the Library of Congress, restored by Durova, public domain.

Stories of endurance in the face of extreme hardship and danger will always fascinate people. This is apparent in the way that each new generation seems to rediscover and relish these stories.

The explorers were in an entirely unknown and hostile environment, and had to learn everything from scratch to ensure their survival. They had to develop methods of travel, clothing, diet, and learn how to adapt the few available natural resources to their purposes. There were many costly errors, the fate of the Franklin Expedition and HMS Terror being a case in point.

The “heroic age” was named after the fact, by people who wanted to recognize this adversarial environment that the explorers conquered. Seventeen expeditions from nine total countries were mounted in this period, which is now defined as beginning in 1897 and and ending in 1922. Underlying the personal danger inherent in these projects, nineteen died.

At the time, the polar explorers were lauded for their ability to reach easily recognizable achievements, like going further south than anyone before, finding new (to the west) islands and land masses, and reaching the poles. But their legacy to us today, Boulton says, was the “vast amount of scientific data they produced in the fields of magnetism, hydrography, meteorology, oceanography, biology and zoology. These findings greatly added to our knowledge of the physical and natural world.”

Boulton’s interest in polar exploration was inspired by his father, an amateur mountaineer who was friends with the leader of the British Mount Everest Expedition of 1953, and his father’s collection of books relating to mountaineering and exploration. “I read the books and eventually inherited them,” he says, “so I had an excellent [base of research] from which to construct articles on polar history and exploration.” Boulton’s father “particularly revered Scott and Shackleton from the Heroic Age,” and it appears that this interest was passed down from father to son: Boulton wrote the Wikipedia articles about both men. 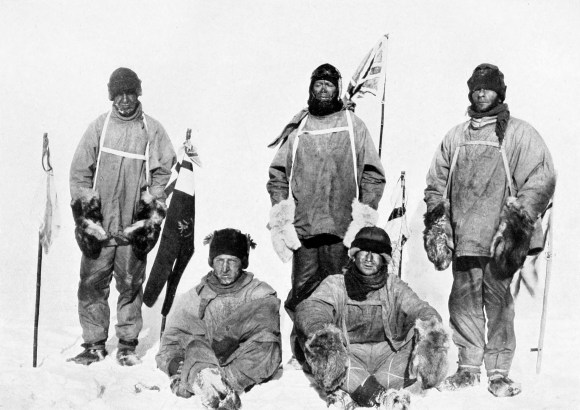 Over the years, Boulton has added more recent monographs to that library, and over a fifth of his 101 total featured articles are related to polar exploration, including: 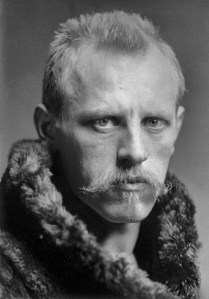 Fridtjof Nansen. Photo via the Library of Congress, public domain.

Boulton is one of three editors on the English Wikipedia with over one hundred featured articles to his credit. The non-polar articles he has written focus on music, literature, and political or social history. He also has an affinity for, as he calls it, “English eccentrics” like Harold Davidson and Horatio Bottomley.