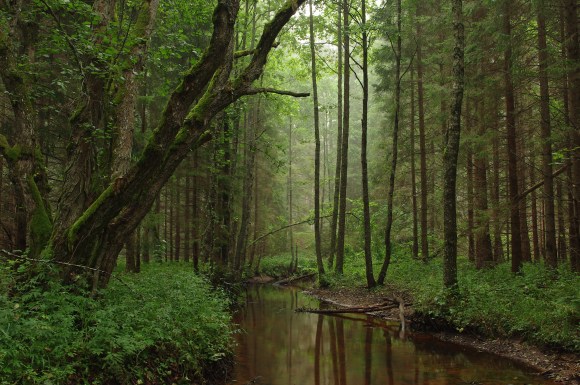 The value of Wikipedia in the news was proved in Estonia last month during the country’s presidential election.

Estonia, a country bordering the Baltic Sea in Northern Europe, has an indirect system of voting for their president, who has little formal executive power. This year’s election, however, proved contentious—no candidate received the required number of votes in the first through fifth rounds of balloting in the country’s Parliament.

After the fifth round of voting, the three leading candidates (Allar Jõks, Siim Kallas, and Marina Kaljurand) dropped out, with one arguing that “new candidates were needed.” Instead, the executives in each major political party gathered to nominate a consensus candidate. They settled on Kersti Kaljulaid, the country’s auditor in the European Court of Auditors.

And this is where Wikipedia came in, as as Kaarel Vaidla of Wikimedia Estonia (Eesti) related. “Although she had been working on a high position in European Court of Auditors and had hosted and participated in well known radio shows,” he told us, “she was rather unknown for wider public.”

This was born out by her Wikipedia article, which topped out at just 1,421 bytes long. On the day Kaljulaid was proposed as a candidate, however, that length doubled. By the time she was officially nominated, it was nearly 10,000 bytes long.

The quick action of the Estonian Wikipedia community, Vaidla said, “created a relevant source of information for incoming traffic” and made sure it was there when it was needed. We might normally calculate a percentage increase in pageviews on Kaljulaid’s Estonian Wikipedia article, but it’s difficult to appropriately contextualize a rise in pageviews from two (on 21 September) to 19,123 (on 3 October). Instead, we’ll just say that 68,768 pageviews were recorded on Kaljulaid’s article between 21 September and 6 October, a total that is over 5% of the total population of Estonia.

Estonian Wikipedians fluent in multiple languages took this base article and translated it into several languages; through their efforts and those of others, there are (as of publishing time) articles about Kersti Kaljulaid in 30 languages—anywhere from English to Ukrainian to Arabic.

As Vaidla said, “Of course, a major reason behind this growth is the sudden notability of the person—but on the other hand, it also shows the work of Estonian Wikipedians, who rapidly gathered information in Estonian, provided a translation, and contributed it not only in English, but also in other languages. As a result, the information is there when people need to consult it, increasing [the] credibility of Wikipedia.” 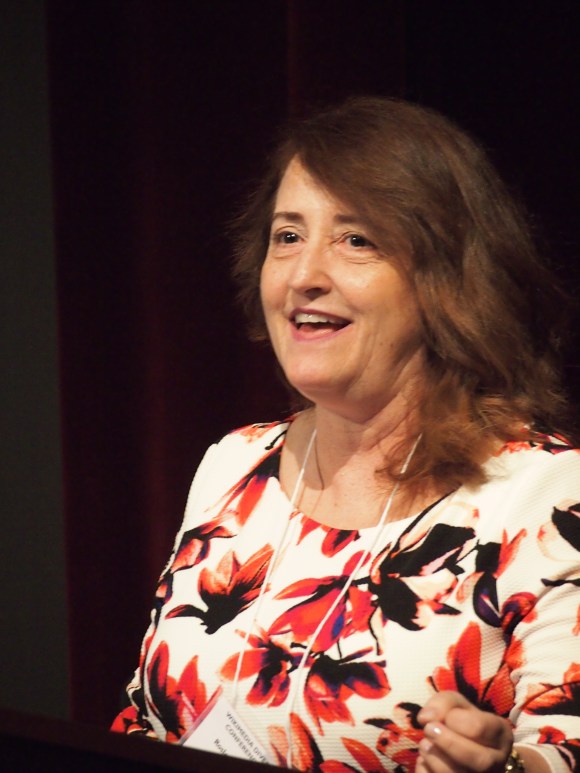 Wikipedia IFTTT: The Wikipedia channel on IFTTT received a few hat-tips early this week on Twitter. The tool executes free, time-saving automation services. For example, after editing an article, Wikipedians can automatically send a tweet about the updated page as soon as they hit Save. (The channel was created by the Foundation’s Stephen LaPorte in his unpaid/non-work/volunteer time.)

Rosie Stephenson-Goodknight shortlisted for award: Stephenson-Goodknight, better known to the Wikimedia movement by her username Rosiestep, has been shortlisted for the 2016 ITU/UN Women GEM-TECH award in the “Apply Technology for Women’s Empowerment and Digital Inclusion” category. Stephenson-Goodknight, who is already one of the two co-Wikipedians of the Year thanks to her work in addressing Wikipedia’s gender gap, is going up against four others for the award; the winner will be announced on 15 November 2016.
Wikimedia CEE meeting location announced: The 2017 iteration of the annual conference, which brings together people from all over Central and Eastern Europe, will be held in Warsaw, Poland.
FDC proposals open for community comment: Eleven Wikimedia affiliates are requesting funds in this year’s first FDC round. The FDC, or Funds Dissemination Committee, advises the Wikimedia Foundation’s board on how to allocate funds to the largest and most-organized organizations in the movement.
September metrics meeting: The Wikimedia Foundation’s monthly metrics meeting is available for viewing on YouTube and Commons; the related slide deck is also on Commons.
Project Grants begins: Six community-led projects have been funded by the Wikimedia Foundation in the first iteration of a new grants process.