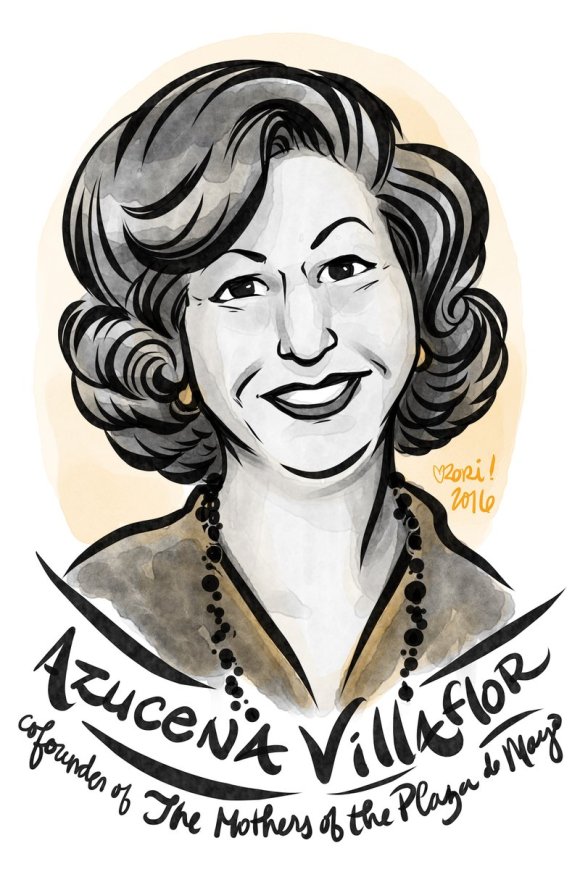 Rori, an artist in St. Louis, received a Facebook message from someone she doesn’t know a few weeks ago. The note urged her to draw a portrait of someone named Azucena Villaflor.

Rori, a hip, shy woman in her 30s, turned to Villaflor’s Wikipedia article. As she read it, tears came to her eyes as she felt a mix of emotions – sadness, anger, and most of all determination.

Azucena Villaflor was a social activist in Argentina in the 1970s. She helped found the Mothers of the Plaza de Mayo, a group that looked for desaparecidos, the “disappeared.” critics of the government who vanished from their daily lives. Human rights groups say the desaparecidos were often kidnapped by government forces, flown in a plane over the Atlantic Ocean, and pushed out.

And then, Villaflor herself disappeared. In 1977 she was taken by armed forces from her home. Her body was identified by a forensics team 28 years later.

Her death was not the only thing that struck Rori. Despite Villaflor’s notable contribution to the world, her English-language Wikipedia article had no photo of her.

Through 40 years, through her disappearance, through an absence from much of history, into that shadowy biography of heroism and pain, Rori reached out her hand, as an artist and, as a historian.

On September 23, two weeks after she received the Facebook message, Rori tweeted a portrait of Villaflor with a link to her Wikipedia article, and thanked the stranger, Geraldine Potter, for her suggestion that Rori draw her.

“I’m sure she’s well-known in Argentina, but I had never heard of her before,” Rori said in a phone interview. “The group she helped found changed Argentine politics. Maybe somebody else will find this interesting and important, and flesh out their Wikipedia article.”

(The Spanish-language Wikipedia article for Villaflor is a bit more detailed, but it too does not have a photo.) 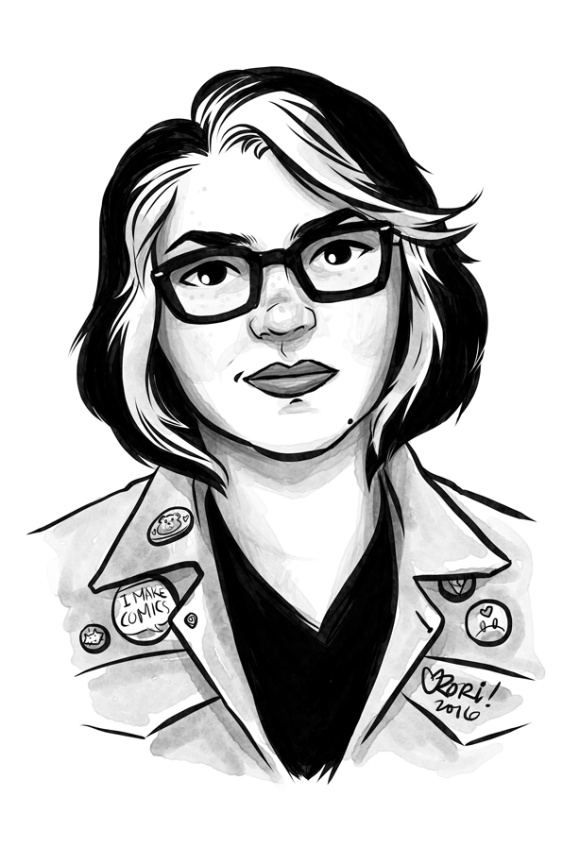 Rori is drawing 100 women in 100 days in an attempt to celebrate heroines such as Villaflor, who might otherwise disappear from history. She tweets her portraits, often with their Wikipedia article, which is sometimes also lacking in detail. Some of her subjects have just a “stub,” the beginning of an article, or none at all.

It is an all-too-common problem: the articles about women on Wikipedia are outmanned by more well-known figures of history. In August, the United Nations hosted an editathon in concert with sites around the world focused on increasing articles on women. The 2016 Wikipedians of the Year, volunteer editors Rosie Stephenson-Goodnight and Emily Temple-Wood, were both honored for their efforts to address issues of gender imbalance and harassment on Wikipedia.

WikiProject Women in Red, a project whose members have created more than 34,000 new articles about notable women in the past two years, has supported Rori’s work on Twitter and by improving articles about her subjects.

“We’re thrilled to have an artist putting a face on such deserving articles,” said  Stephenson-Goodknight, cofounder of Women in Red. “We are in the same fight for recognition of women on Wikipedia and elsewhere.”

For Rori, recognition of unsung women came early.  “I remember when I was a kid looking through an art book and there was one picture of a Minoan fresco. There were women jumping over a bull. I remember wondering, ‘who are those women?’”

There is “an undercurrent of history,” she said, beneath the familiar, often male names we hear that mark traditional views of civilization. “In history there is a linear narrative to progress, and a lot of stuff gets cut out of that. When you find the stuff that’s been cut out of history, you see it’s a lot more messy. That’s both wonderful and terrifying.”

The people who have been cut out include “Stagecoach Mary” Fields, the Montana mail carrier and saloon keeper who stood 6 feet (182 cm) tall and weighed about 200 lbs (90 kg), liked to smoke cigars, and “usually had a pistol strapped under her apron and a jug of whiskey by her side,” according to her Wikipedia article.

Discovering Fields—and many of her subjects—compelled Rori to action. “I liked this person,” she said. “I can’t not draw her.”

The portraits gaze at the viewer from a Pinterest board Rori shares with the Wikimedia Foundation, a gallery of unsung heroines who will not be disappeared.

Her subjects include Elizabeth Peratrovich, also a suggestion from someone on social media. Peratrovich advocated for the first U.S. anti-discrimination legislation in Alaska in 1945. The hearings were not welcoming of her beliefs. “Who are these people, barely out of savagery, who want to associate with us whites, with 5,000 years of recorded civilization behind us?” a senator asked.

Peratrovich raised her hand and asked to testify. “I would not have expected that I, who am barely out of savagery, would have to remind gentlemen with five thousand years of recorded civilization behind them, of our Bill of Rights,” she said from the podium, according to the Congressional Record.

Peratrovich described Inuit children seeing signs in restaurants that said “no dogs or natives.” She talked of landlords denying families housing because of the color of their skin. When she finished, the gallery was silent for a moment.

“They danced in a place where the day before they were not welcome.”

This post was originally published with embedded tweets on Medium.