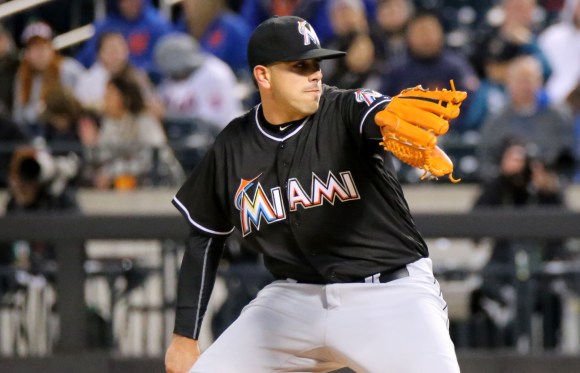 This week started with news about the tragic death of Cuban-born American baseball pitcher José Fernández, who died with three friends in a boating accident last weekend. His Wikipedia page has received 300 edits and 1.5 million visits since his death.

The news came as a bombshell for Miami Marlins pitcher fans and many others who followed his brief but accomplished career—including Wikipedia editor User:Muboshgu, who created Fernández’s page on the English Wikipedia in May 2012 and has dedicated a significant amount of time to updating the article after Fernández’s death.

“I was personally shocked, as most people were,” Muboshgu told us. “You don’t expect a 24-year-old athlete to die so suddenly. It’s highly reminiscent of the deaths of Nick Adenhart and Oscar Taveras, who were in their early 20s when they died in car crashes. It’s terribly sad to think of what might have been if he had had a full career, and instead see his life end so tragically.”

Indeed, Slate‘s Josh Levin called Fernández the “future of baseball,” and FiveThirtyEight‘s Neil Paine wrote “Fernández’s loss will leave a void not just of personality, but of Hall of Fame-caliber talent. The game only had a small taste of what Fernández could do.”

Muboshgu said that he and other Wikipedia community members “kept a close eye on the page to make sure it was being edited properly” in the days after the death.

This tragic accident occurred only a short time after Fernández announced that his girlfriend was pregnant by sharing a photo of her on Instagram, using the caption “I’m so glad you came into my life. I’m ready for where this journey is gonna take us together. #familyfirst.”

On the day of his death, Fernández’s page on the English Wikipedia received over 670,000 views. The number climbed to over 1.5 million views in the first four days. This is 1,000 times more pageviews than the last four days prior to his death. Many editors volunteered to update the page over 250 times in the four days after the news broke. 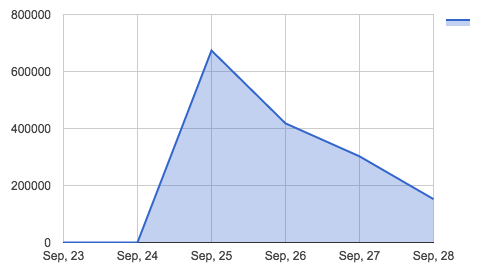 Graph of pageviews to José Fernàndez’s article between September 23 and 28.

Many people trust Wikipedia as a source for up-to-the-minute information when news breaks. Others refer to Wikipedia for historical context behind current events.

Muboshgu’s statement is backed up by other statistics from Wikipedia, even if you limit it to only this year. Page views to the Wikipedia articles about Prince, David Bowie, and Alan Rickman also soared into the millions of views in the days following their deaths.

Muboshgu believes that the intrigue surrounding Fernández’s death has also been influenced by his difficult youth a few years before his rise to fame. “The story of his escape from Cuba is remarkable: he was caught three times and spent time in a Cuban prison when he was still a teenager,”Muboshgu said. “Then, on his fourth attempt, he saw someone fall into the water and dove in to save that person, without realizing it was his mother.”

“His personality really shone through on and off the field. I still remember the emotion of his reunion with his grandmother for the first time since his defection. It’s a terrible loss for baseball, and for all of us.”