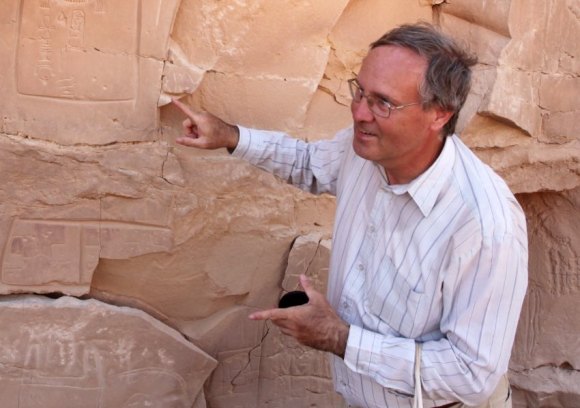 Roland Unger, a volunteer co-founder of Wikivoyage, strives to enrich the content on this free travel guide. His regular trips to Egypt inform hundreds of articles about it on the German Wikivoyage.

During our interview with him, he wore a T-shirt with the Wikivoyage logo and an Arabic inscription which said, “Discover the world, or rather, discover Egypt.” “This is my advice to everyone,” Unger explained pointing to the slogan on his T-shirt.

So far, Unger has made over 350,000 edits to Wikivoyage and created over 1,000 articles on the German Wikivoyage alone, illustrated with hundreds of freely-licensed photos of his own work. The vast majority of his contributions are about Egypt. He has visited over 700 towns during thirty trips to it. Unger told the Wikimedia blog about the reason behind visiting this big number of the mostly non-touristic-appealing towns.

“Every place is unique for some reason, for example this last visit I was in the town of Fuwwah. Normally, tourists don’t go to this town, but I have been told that there are 300 mosques in this area and that at least 20 of them are historic monuments.”

A pure coincidence led to Unger’s long adventure in Egypt. “I lived in East Germany until 1990,” Unger recalls, “where there were restrictions on traveling to many countries. When that was over, I wanted to visit some of the countries that were formerly off limits to us. I wanted to travel to Greece first, but all the tickets were sold out. The travel agency suggested that I go to Egypt instead.” 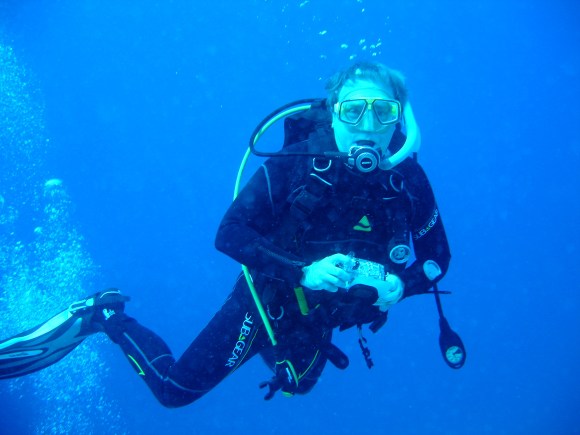 During the next few years, Unger made his way to other countries, such as Iran, Iraq, Syria and Morocco. He could have visited a new country or two every year, but he had a new idea. “I wanted to visit fewer countries or just one country in order to experience it more fully. I chose Egypt because you can visit extraordinary Egyptian monuments from different historical epochs and you can participate in many other activities, like diving,” Unger adds.

With all his experience traveling before joining Wikivoyage, Unger contributed to a web-based free travel guide between 2004 and 2006. After that side was sold to a for-profit company, Unger worked with other contributors from Germany and Italy to create a new free website to host their writing about travel. They founded Wikivoyage in 2006, which became a Wikimedia project in 2013.

“I would like to share my knowledge with everyone,” says Unger, “and I can’t imagine a young traveler nowadays holding a big travel book all the time to get the information they need. They usually have a smartphone. I believe information should be available at their fingertips on their phones for free.”

Unger lives in Halle, Saxony-Anhalt in Germany where he was born and raised. For his day job, he is a scientific collaborator and lecturer at his city’s historic university and where he did a PhD in Chemical Physics.