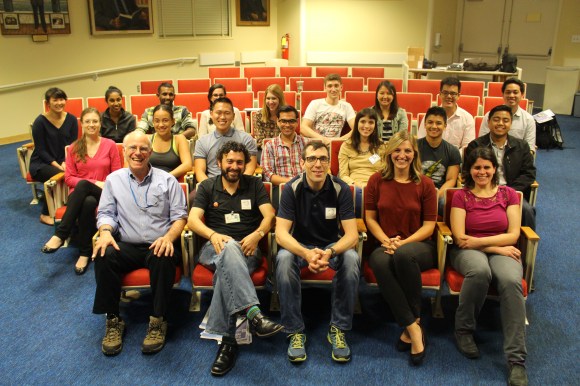 A team of students, academics, researchers, and Wikipedia contributors have produced “Why Medical Schools Should Embrace Wikipedia,” a case study of the Wikipedia Education Program published in the journal Academic Medicine. The research presents the study method and outcomes for several groups of medical students editing Wikipedia health-related articles. This paper is the first academic case study of the Wikipedia Education Program. It models a method for reporting audience reach for Wikipedia editing projects, grants credibility for Wikipedia editing in the sensitive space of medical schools, and presents a thorough classroom outreach and follow-up model which interested instructors can replicate.

In the study, a class on editing Wikipedia was offered between 2013 and 2015 to final-year medical students. Collectively, 43 students edited 43 Wikipedia articles. Student contributions were reviewed by classroom peers, subject matter experts, and the Wikipedia community. Following the class, the Wikipedia articles edited by the students were accessed more than 22 million times by Wikipedia readers. The authors of the paper argue that students met learning goals by editing Wikipedia and that Wikipedia is an efficient way for anyone to share information with a large, relevant audience.

This research is significant because Wikipedia continues to gain popularity as a source of medical information among health science professionals and students. Having a Wikipedia editing case study in a medical school is especially relevant because readers use the information to inform their own healthcare decisions.

Historically, many Wikipedia outreach projects have focused on reporting Wikipedia participation. This study highlighted the impact to readers by tracking Wikipedia pageviews of the articles which were edited by the students. Although a comparison to other publishing channels was out of scope of the study, the paper does provocatively ask if a student-written article “garners over 100,000 views/ month, might those edits constitute the greatest contribution to the medical literature in that student’s nascent career?”

Following the paper’s publication, the authors made the following calls to action:

First, they would like Wikipedians to support instructors in considering class projects which include student Wikipedia editing. When an instructor and students can accept the time involved in the Wikipedia Education Program, students get practical experience in new media publishing; Wikipedia editors get good information to process; professors get knowledge shared more broadly; the school gets prestige for making a real-world impact; and, Wikipedia readers get improved information in the articles they read.

Second, they would like ask whether any method exists which is more efficient to share general interest information than Wikipedia. Right now, Wikipedia’s significance is still doubted in corners of education, publishing, and the media. Despite those doubts, no other organization reaches a larger or more relevant audience than Wikipedia in medicine, or likely any other field for that matter.