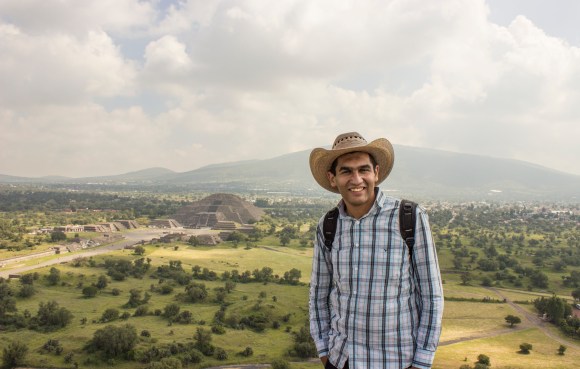 Last month, Mohamed Ouda celebrated his tenth year on Wikipedia. It has been an immersive experience, during which he has made every effort to expand the website, help others be as accomplished, and promote the culture of free knowledge.

His story with the movement began when he was searching for information on the Arabic Wikipedia in August 2006. At the time, the emerging encyclopedia had around 10,000 mostly very short articles, and the article he was reading had a note stated that “This is a stub article. Please help expand it.”

It was a message that many readers might ignore, but Ouda was different. “I decided to contribute to Wikipedia,” the first entry on Ouda’s personal user page reads, “because the Arabic Wikipedia was very small compared to other major languages on Wikipedia.”

In the last decade, Mohamed, a native of Cairo, has edited Wikipedia over 21,000 times, created nearly 900 new articles, and expanded many more. Some of the articles he has developed, like Disney’s 1992 film Aladdin, have met the community’s quality standards—qualifying them to be among the Arabic Wikipedia’s “good” articles (English).

In our interview with Ouda, he reaffirmed that enriching digital Arabic content is still his main urge for contributing to Wikipedia. “The shortage of digital content in Arabic is still what keeps me editing every day,” he says. The efforts of him and other Arabic-language Wikipedians have made a noticeable dent in this shortage. Today, the Arabic Wikipedia has just under 450,000 articles—less than a tenth of the English Wikipedia’s five million, but 200,000 articles stronger than three years ago. Still, there is much room for improvement; Arabic is the the fifth most-used language in the world.

Ouda’s persistent efforts to enhance his language’s presence on the internet started with topics close to him. His first few edits included creating an article for the academy from which he has obtained his university degree, and expanding the article about the neighborhood where he lived. He quickly moved into writing important missing articles about parts of the body, like tongue, hair, and psychological disorders like narcissism.

Within a few months, Ouda was nominated by the community to be an administrator on the Arabic Wikipedia; few opposed the move.

Since the inception of the Wikipedia Education Program in Egypt, Ouda joined with it to apply his expertise with Wikipedia to help the program’s students. “The program’s idea was exciting to me.” says Ouda. “Assigning students to edit Wikipedia articles in the field of their study is wonderful as it increases article quality. I wanted to do anything I could to support that initiative.” Ouda served as a campus ambassador in the first edition of the program at Cairo University in 2012 and has provided needed training to his fellow campus volunteers and university students.

For Ouda, a positive community is a key to support Wikipedia. “The first time I personally met up with Wikipedians was in attending Wikimania 2008 in Alexandria.” Ouda recalls, “That was a turning point in my Wikipedian experience. Meeting people offline and online, learning from others’ experiences and even hanging out together is always encouraging in an online community. I’ve seen many Wikipedians quit contributing because of negative communication experiences, namely arguments with trolls and online harassment.”

Before co-founding Egypt Wikimedians user group, Ouda has been striving for establishing an affiliated group with Wikimedia to help “connect people and facilitate holding activities in Egypt.” Ouda is an active member and co-founder of the user group. He helps define the needs for the activities and projects held in Egypt, making plans and securing funding. Ouda and the user group have helped organize several writing and photography contests and backed the education program expansion. They are currently working on the plans to host the third WikiArabia conference early next year.

“The decade” is a new blog series that profiles Wikipedians who have spent ten years or more editing Wikipedia. If you know of a long-time editor who we should talk to, send us an email at blogteam[at]wikimedia.org.