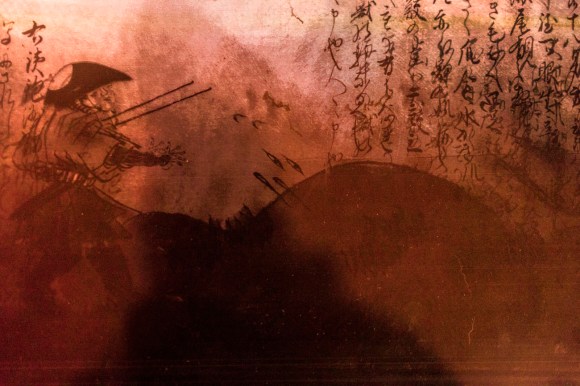 Creating content on Wikimedia Commons usually involves developing new and creative ways to increase the number of public domain and freely-licensed high-quality images available for use in Wikipedia articles. However, Wikimedia Commons can also be a great educational resource for art students.

Einat Amir, a video and performance artist and lecturer at the Postgraduate Fine Arts Program at Hamidrasha, the Faculty of Arts Beit Berl College Israel, worked with her students on a special exhibition based on materials from Wikimedia Commons—Unchain My Art.

“I learned about Wikimedia Commons when I started editing the Hebrew Wikipedia,” says Amir. “I was overwhelmed by the richness of the website! You can find historical images, documents and files from all over the world. What makes it even more fascinating is the diverse categorization of images. One can look for one thing and stumble upon another of equal interest.”

This free media file repository is a tool that many professors and students have yet to become familiar with. The loads of images, videos, and sound files in this repository could provide the reference materials that inspire new artwork. As an added benefit, art students inherently learn about the principles of free knowledge and freely-licensed materials.

Amir’s course had two sections: the theoretical part where her students learned about different uses of digital archives in contemporary art.

Wikimedia Israel volunteers taught the students about the Wikimedia movement, Wikimedia Commons, and copyright issues. The students created their own accounts on the website and learned how to download photos, give proper credit, and how to upload and categorize new media.

They have also explored creative ways of using media files: each of them was asked to choose 10 pictures that they like for any reason. Then they were asked to do a 15-minute presentation to discuss possible relationships between their selected pictures.

The next phase of the course combined all the pictures selected by the students, shuffled and divided them into new, invented categories (for class use only). Each of these new categories was assigned to a group of students who were instructed to create a new artwork that combines all the different items in their category. Each group of students created their own unique artwork using creativity, inventiveness, and their unique combination of talents.

Amir has also encouraged her students to gain experience verbally articulating their creative decisions: “As an artist, you always need to explain your work to teachers, colleagues, curators, to your audience. The process of selecting and using media from Wikimedia Commons was a good practice exercise to help the students explain every stage of their creative process with their peers.”

“Curating Unchain My Art as a virtual exhibition was a very special experience. Each artwork is presented by its sources of inspiration with an explanation of the artistic process that brought it to life.” says Amir, “It was important to me that the students not only use the images they found on Wikimedia Commons, but also contribute to it by uploading their artwork to the place of their inspiration, with the hope that other people will be inspired by their work and the creative cycle continues,” says Amir.

We hope that this exhibition will be the first of many educational art initiatives to gain inspiration from the media files available on Wikimedia Commons.