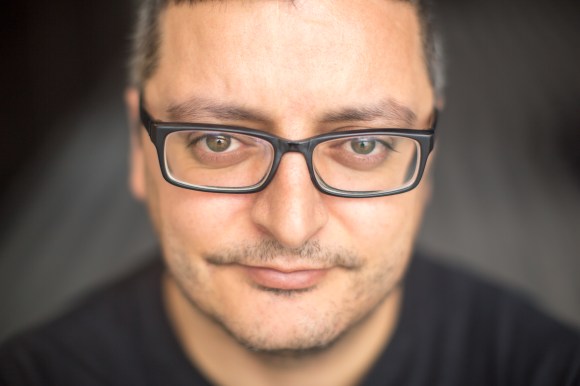 As a passionate teacher with a great interest in free culture and open source, Habib M’henni found out about Wikipedia soon after it began, and he used the site for many years as most readers do—to get information. His job inspired him to learn and teach others, and Wikipedia provided him the perfect outlet for this endeavor.

M’henni is a civil engineering university professor from Sayada, a city in the Monastir governorate in Tunisia. He has contributed to both the Arabic and French Wikipedias, especially on topics in the French Wikipedia’s Wikiproject Tunisia, and has uploaded a large number of quality media files to Wikimedia Commons, the Wikimedia movement’s free image repository. He’s edited Wikimedia projects over 26,000 times, and has co-organized several events to encourage others to join the editing community. But these accomplishments were the result of a coincidence.

“I was searching for my town [Sayada] on Wikipedia back in 2010,” M’henni recalls, “when I found an article about it on the French Wikipedia. The article was in poor condition. I thought I could expand the article, upload better photographs for it, and translate its content for the Arabic Wikipedia. It was then that I officially became a Wikipedian.”

M’henni’s contributions to Commons include over 3,000 photos to Wikimedia Commons, 20 of which are featured, quality and valued images (quality designations that are widely considered to be the finest work on the project), and re-illustrations of many diagrams and logos. They are a particular point of pride for him.

“Whenever I upload photos to Wikimedia Commons,” M’henni notes, “they get reused by many people on Wikimedia projects, other websites on the internet, and even offline, with credit to me. For example, if you take a walk in Tunis, you’ll see the Tunis coat of arms that I have re-illustrated on most of the banners made by the municipality. They use my work because it has been redeveloped and the vector format allows them to print large, high-quality prints.”

Offline, his educational spirit could not let the the opportunity to help recruit and support newbies pass by.

“Starting in 2011, we’ve held workshops on a regular basis to help new Wikipedians,” says M’henni. “My work has helped me start a Wikipedia Education Program course at my school, and together with the Wikipedia community in Tunisia, we have coordinated contests like Wiki Loves Monuments.”

Many Wikipedians, even some outside Tunisia, wanted to unite the efforts in Tunisia by developing a body that supports and promotes Wikimedia projects.

M’henni and Yamen Bousrih, a fellow Wikipedian from Tunisia, were among the first to take tangible steps toward starting the Wikimedia TN user group, which was recognized by the Wikimedia Foundation in 2014 as the first Wikimedia user group in Africa and the Arab World.

The user group quickly produced several fruitful events and initiatives. One of the first and most prominent examples was WikiArabia 2015, the first regional meeting for Wikipedians from the Arab World. Despite many obstacles, the team thrilled many with their efforts.

“The team worked several hours a day despite their work, family and personal obligations. Seeing everyone satisfied was reward enough for the team,” notes M’henni.