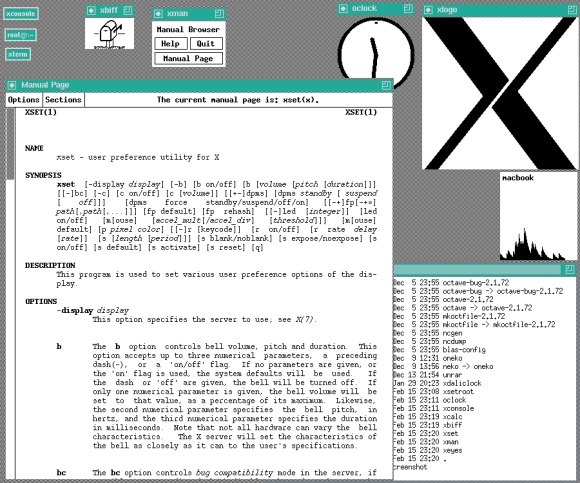 I’m doing a (free) operating system (just a hobby, won’t be big and professional like gnu) for 386(486) AT clones. This has been brewing since april, and is starting to get ready.

To punctuate his “won’t be big and professional” warning, he added that “It is NOT portable (uses 386 task switching etc), and it probably never will support anything other than AT-harddisks, as that’s all I have :-(.”

But Linus couldn’t predict the future. His kernel, what we now know as Linux, “has since been ported to more computer hardware platforms than any other operating system.” (according to our sources)

Linus’ work leapt to the forefront of kernel development, following what has become accepted wisdom in software engineering: “do the simplest thing that could possibly work“.  The Linux kernel combined with the GNU operating system to become the most ubiquitous free operating system.  Linux represents a triumph of incremental progress: start with something small, and use the power of the Internet as a tool for global collaboration to continually make it better. 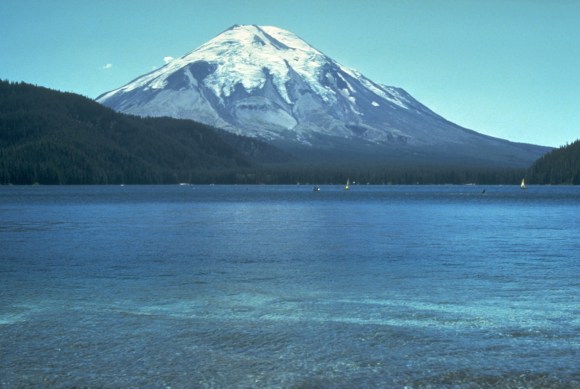 Everyone who starts an article on Wikipedia knows this feeling.  An editor sees something that doesn’t have an article, but should.  Some editors are meticulous, and want to start with something “big and professional”.  Many editors start small, like the first Mount St. Helens article, but sooner or later, the article will become something big and professional—like the current Mount St. Helens article.  As anyone who has started a substandard article will tell you (/me sheepishly raises his hand), it’s both thrilling and educational when someone else fixes the article you started.  And even cites sources!

The Linux development model was popularized as the “Bazaar” portion of “The Cathedral and the Bazaar” by Eric Raymond.  In his essay, Raymond suggested that the revolutionary concept behind the Linux model was “given enough eyeballs, all bugs are shallow” (dubbed Linus’ Law)  This theory helped catapult the nascent “open source” movement to prominence.  In the essay, Raymond observed:

From nearly the beginning, [Linux] was rather casually hacked on by huge numbers of volunteers coordinating only through the Internet. Quality was maintained not by rigid standards or autocracy but by the naively simple strategy of releasing every week and getting feedback from hundreds of users within days, creating a sort of rapid Darwinian selection on the mutations introduced by developers. To the amazement of almost everyone, this worked quite well.

This insight applies to creations besides software.  Before Raymond published his 1997 essay, Ward Cunningham applied this idea in another domain: building websites.  In 1995, he started the first wiki: WikiWikiWeb. The wiki mimicked and accelerated the incremental progress development model, and applied not to the software, but the words on the site. All content on the site was instantly editable by any reader, and to this day, the WelcomeVisitors page says: “All Wiki content is WorkInProgress.”

This philosophy carried over to the world’s most famous wiki: Wikipedia. In a 2011 interview, Cunningham was asked about making mistakes online.  He pointed out that even an incomplete or poorly-worded answer can be the basis of a better answer.  He added: “This idea that every thought is kind of a seed and it just grows and grows and grows [has] been used very effectively on Wikipedia.”

One thing that Torvalds quickly came to understand: licensing matters.  The very first versions of Linux were free (gratis) but not free (libre).  Torvalds quickly reversed course with Linux, recognizing a need for code reuse.  Code that was free of charge (or “free as in beer”) was one thing, but hackers needed to modify and build onto code for incremental progress. As Torvalds pointed out in a 1997 interview with Hiroo Yamagata:

I changed the copyright to the GPL within roughly half a year: it quickly became evident that my original copyright was so restrictive that it prohibited some entirely valid uses (disk copying services etc – this was before CD-ROM’s became really popular). And while I was nervous about the GPL at first, I also wanted to show my appreciation to the gcc C compiler that Linux depended on, which was obviously GPL’d.

Making Linux GPL’d was definitely the best thing I ever did.

The GPL was a pretty good thing for Wikimedia, too.  MediaWiki, the wiki engine that powers the main Wikimedia sites, is licensed under the GNU General Public License and software code written by the Wikimedia Foundation is under a free software license.  And today all content on Wikimedia projects is under a similar copyleft framework: Creative Commons Sharealike 3.0 Unported.

After Torvalds made his original announcement, he received the response from Jyrki Kuoppala “Nobody will believe you about non-portability ;-)” to which Torvalds replied:

Thank you, Linus, for giving the world the opportunity to prove you wrong!