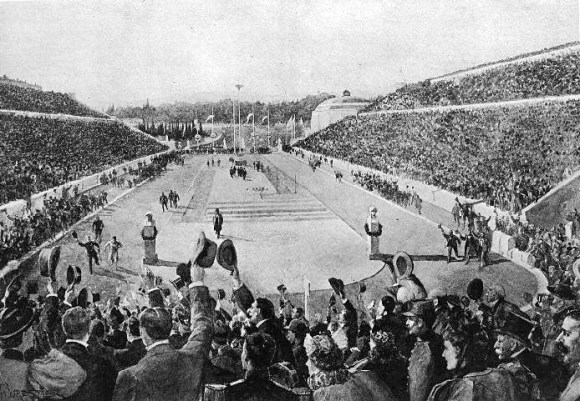 As the 31st Summer Olympic Games kick off in Rio de Janeiro, two marathoners from the first modern Olympics lead a parade of great sports stories on Wikipedia.

Fifteen centuries after the Roman empire crushed the Olympics, the 1896 Games inspired the world. Unlike in the ancient events, where only men who spoke Greek were permitted to participate, 14 nations were registered to participate. Greece enthusiastically volunteered to host, and a congress was held in Paris to plan. The nations spent 3,740,000 gold drachmas on the Games (more than $12 million USD today), including renovating 80,000-seat Panathinaiko Stadium, first used to hold horse races in the sixth century BC.

Included in the new Games were competitions in fencing, gun shooting, swimming, and tennis, as well as the classical tests of athleticism, such as running, wrestling, and the discus.

And then, none of the Greeks won. The organizers’ slow-creeping embarrassment peaked as every athletic event—the discus throw, in particular—was dominated, one by one, by foreign countries. Desperate for a win from one of their own, the disappointed Greek public turned to Spyridon Louis, a water-carrier from neighboring Amarousio, a town that dates back to the era of the ancient Athenian Republic.

Frenchman Albin Lermusiaux maintained first place for 32 kilometers (19.9 miles). Despite the stress his countrymen felt, Louis was confident and clearly unbothered; while Lermusiaux held the lead, Louis took a break at an inn in the town of Pikermi to enjoy a glass of wine. After asking for status on the race, he declared he would overtake them all before the end.

Lermusiaux buckled from exhaustion, and Louis—perhaps inspired by ancient Bacchus—swept past the remaining runners without incident, completing the race in 2 hours and 58 minutes. At the finish line in the stadium, he was greeted by Greek princes, showered with gifts, and declared a national hero. 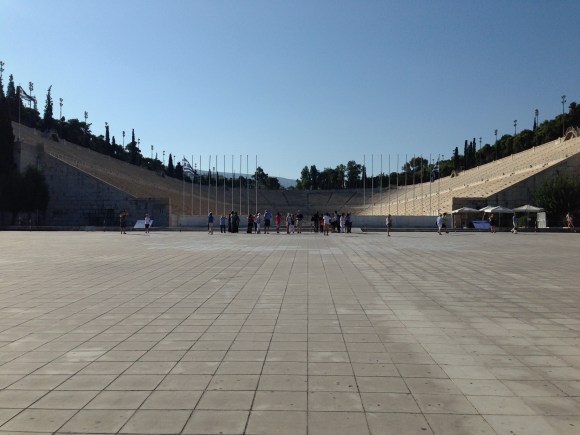 “That hour was something unimaginable,” he recalled, forty years after the victory. “Flowers were raining down on me. Everybody was calling out my name and throwing their hats in the air…”

When all the celebrations were over, he returned to his hometown with a brand-new carriage for his water-carrying business. For decades he remained a celebrity in Greece, and is still one of the most famous people from his town.

But while Spyridon went down in history a hero, another marathoner of the 1896 Olympics went virtually unrecognized. Although the competition excluded women, Stamata Revithi was the first woman to participate – by any means necessary. The Games excluded women from competition, but Revithi insisted that she be allowed to run.

Baron Pierre de Coubertin, founder of the International Olympic Committee and father of the modern Olympics, was frank in his disapproval of women athletes; he believed that “contact with women’s athletics is bad [for the male athlete.]” As such, Revithi was not allowed to participate.

On the morning of the race she was turned away, and a male runner teased her for daring to show up. In response, she said that she would not insult women, since Greek athletes had already been humiliated in many more events by the Americans.

The next morning, after gathering a host of witnesses, Revithi ran a marathon of her own in 5 and a half hours. She was not allowed to run to the finish line in Panathinaiko Stadium, where an audience of thousands cheered for Spyridon Louis just one day earlier.

No records exist of Ravithi’s life after the race. As Olympic historian Athanasios Tarasouleas stated, “Stamata Revithi was lost in the dust of history,” but her grandstand would inspire a new generation of women runners.

At the 1984 Summer Olympics, 88 years after Ravithi, women would officially be permitted to run the Olympic marathon. 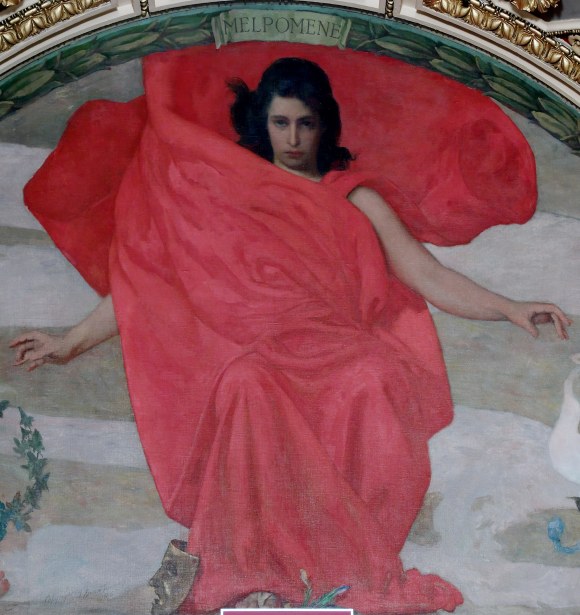 Mural by Edward Emerson Simmons, photo via the Library of Congress, public domain/CC0.

Wikipedia is home to a treasure trove of elusive Olympic history. The main Olympics Games article is “featured,” meaning it has successfully moved through an extensive peer review from other Wikipedia editors, and the site’s Did you know section holds many pearls of knowledge: