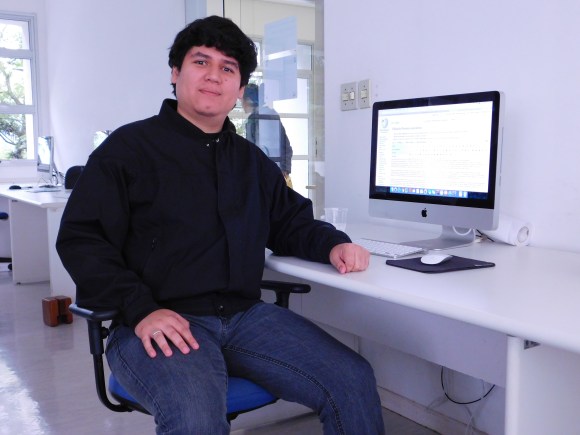 The Research, Innovation and Dissemination Center for Neuromathematics (RIDC NeuroMat) has hosted David Alves as their Wikipedian-in-residence since April. He has received a grant from the São Paulo Research Foundation to establish a practice of scientific dissemination through Wikipedia in NeuroMat, a top-tier research center at the University of São Paulo, with support from User Group Wikimedia in Brasil. This is a six-month-long full-time position that may be extended for another term.

Major activities of NeuroMat’s Wikipedian-in-residence include fostering a general practice of contributing to Wikipedia and Wikimedia Commons within the research center, writing on scientific dissemination through Wikimedia projects on a blog (in Portuguese) and on scientific papers, and organizing a set of activities to promote collaborative scientific dissemination at the University of São Paulo. As a grant requirement, David has taken classes on science journalism in a partnership with the World Federation of Science Journalists.

The grant for a Wikipedian-in-residence has been awarded in the context of NeuroMat’s continuing effort to stimulate the use of Wikipedia as a means of scientific dissemination. In July 2014, the NeuroMat scientific-dissemination team released a “A Call to Duty” to attract attention among Brazilian scientists to the role Wikimedia projects could have in improving scientific literacy in Brazil. In May 2015, NeuroMat and the UG Wikimedia in Brasil organized an edit-a-thon on brain theory within a scientific workshop. In June 2015, NeuroMat published on Wikimedia Commons what has been called an “ontology droplet” on Spike Sorting (a neuroscience technique), basically a short movie that attempts to reproduce the structure of an entry in a video; this contribution was chosen as Media of the Day. NeuroMat’s effort of scientific dissemination through Wikimedia project has been the object of media pieces, calling it “Brazil’s very own Wikipedia Year of Science” (a 1,800-Facebook-like piece).

A collective user has been created to control the contributions NeuroMat’s teams have done with assistance from David Alves. A NeuroMat page on the Commons was also set up. David Alves is expected to present a research paper on the use of Wikipedia as a means of scientific dissemination at the Brazilian Conference on the Science of Communication, in July.

David Alves was introduced to editing Wikipedia as part of an assignment in a class he took as a journalism student at Faculdade Cásper Líbero in 2014. In this first experience, he edited on the military dictatorship in Brazil—an education project that was featured in the “Wikimedia Education Newsletter.” 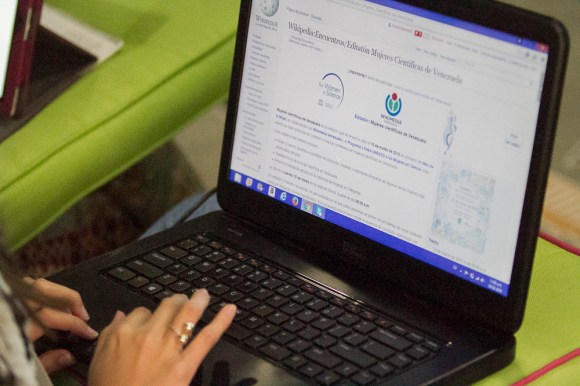 In March, Venezuelan Wikimedians saw their first-ever edit-a-thon focusing on women in science. Organized by Wikimedia Venezuela in partnership with L´Oréal Venezuela, participants at the event created twenty-one new articles on women scientists on the Spanish Wikipedia.

The edit-a-thon marathon began with the words of Roberto Andueza, President of “L´Oréal Venezuela”, who explained that for L’Oréal the edit-a-thon” represented the possibility to support to the corporation’s values of passion, innovation, enterprising spirit, opening, search for the excellency and sense of responsibility:

In L’Oréal we believe in beauty for everyone, in a beauty capable of changing lives. Science’s role in making better lives’ quality is now more prominent than ever and in L’Oréal we are willing to give it the space that it deserves.

Andueza ended offering a welcoming words for the guests, and alongside Gustavo Reyes, the Director of the Wayra Academy, thanked the volunteers for their participation in this meaningful cause.

Then Inés Quintero, the chair of board of directors of the National Academy of History in Venezuela, offered a short speech about the history of scientific women in Venezuelan society.

With this base, more than 20 volunteers, most of them scientists and not Wikipedians, started writing about Venezuelan women in science that we selected beforehand—both for their clear encyclopedic need and ease of available reference material.

By the end of the edit-a-thon, the Spanish Wikipedia had articles on twenty-one more Venezuelan women scientists, totaling 60,500 bytes of pure text and editing other 250 articles. These edits gave insights into these people’s history, investigations and accomplishments, while helping to close the gender gap on Wikipedia.

I feel satisfied, not only for the amount of articles created, but because I learned information about women that were pioneers in areas managed by men; they made important contributions to society.

The participant that contributed the largest single article was Enrique Cubero from the Venezuelan Institute of Scientific Investigation, who added a profile of the sociologist and historian Yajaira Freites.

The edit-a-thon was formally closed by Gioconda San Blas, the president of the Academy of Physics, Mathematics and Natural Sciences of Venezuela, who gave her perspective as a Venezuelan scientist and spoke about the challenges of scientists in Venezuela.