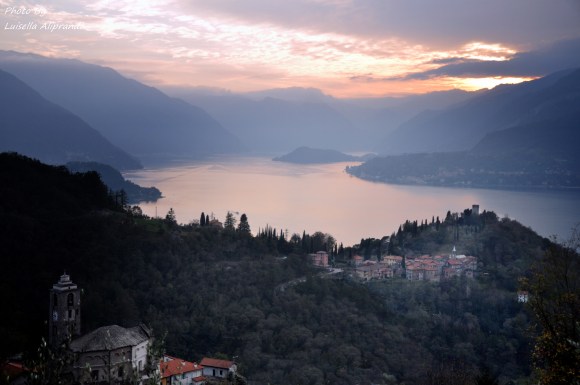 Vassia Atanassova is leaving her home in Sofia, Bulgaria this week, bringing a decade of rewarding collaboration with educational and cultural heritage institutions. Satdeep Gill is leaving his home in Punjab, bringing the languages and customs of the state in northern India. Isla Haddow-Flood is leaving Cape Town, South Africa, bringing with her motivation to share her continent’s everyday realities, heritages, and cultures.

They’re coming together in the small, northern Italian town of Esino Lario, bringing the pieces that make up Wikipedia and its sister projects.

Each year, members of the Wikimedia community convene in one location to share experiences, learn from each other, and discuss the most critical issues of the movement. Wikimania 2016 will draw over a thousand attendees from more than 60 nations to Esino Lario, which has a year-round population of less than 800, from June 24-26. This year’s unique location reflects the Wikimedian belief that anyone, anywhere can contribute to the world’s knowledge.

For the first time the conference will be moving away from the metropolis and into the countryside. (Past Wikimanias have been held in Mexico City, Hong Kong, and Washington, D.C.) Overlooking beautiful Lake Como surrounded by the Alpine mountains, attendees will participate in meetings, panels, working sessions, and trainings — all in support of free knowledge. This is not just an opportunity for community members to connect with each other,  but also to get to know the local people from Esino Lario, who have opened their doors for this conference.

“Wikimania reveals the potential of Esino Lario and places like Esino that we imagine to be generally isolated and trapped in the past,” says Iolanda Pensa, lead organizer of Wikimania 2016. “On the contrary, I have a deep conviction that in any place and inside any person, there abides the ability to produce and participate in global knowledge.”

Like past conferences, Wikimania is a community driven event; as they say, it takes a village. This year’s conference is co-organized by a group of international volunteers, including Italian Wikimedians, members of Wikimedia Italia and Wikimedia Switzerland, and many other volunteers and inhabitants of Esino Lario who have come together to prepare for Wikimania.

The program focuses on “Wikipedia as a driver for change.” Speakers from the Wikimedia community, the broader free knowledge movement, and the Wikimedia Foundation will share research, discuss challenges, and share experiences, all with a focus on the impact Wikipedia has on the world. Session topics include:

Wikipedia founder Jimmy Wales will kick off the conference with an opening speech in the surroundings of Lake Como on June 24. A pre-conference is taking place ahead of the event, including a hackathon where attendees make technological contributions to the open source software MediaWiki, and for other Wikimedia projects. Local organizers are also hosting a pre-conference meeting about the free use of Italian cultural images in relation to current regulations.

With nearly 40 million articles in hundreds of languages languages, Wikipedia is the largest free, shared knowledge resource in human history. Its volunteer-contributed content receives 17 billion page views per month globally. People around the world look to Wikipedia for everything from preserving cultural heritage, to improving cancer detection, to doing homework.

That impressive accomplishment is built one Wikipedian at a time. At Wikimania, they come together, bearing gifts to the open-access movement they love.

Wikimania is the annual conference celebrating the Wikimedia projects–Wikipedia and its sister projects–and the Wikimedia community of volunteers. It features presentations on Wikimedia projects, other wikis, free and open source software, free knowledge and free content, and the social and technical aspects that relate to these topics. Wikimania 2016 in Esino Lario, Italy marks the 12th year of the conference.

Wikipedia is a collaborative, free knowledge resource for the world. It has been added to and edited by millions of people from around the globe since it was created in 2001: anyone can edit it, at any time. Wikipedia is offered in hundreds of languages and contains nearly 40 million articles, . It is one of the largest collections of free knowledge in human history, and today its content is contributed and edited by nearly 80,000 active editors per month.