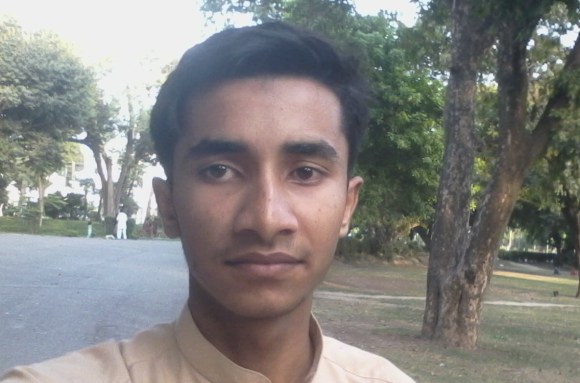 Sindhi Wikipedia started in 2004, but it grew only slowly until a few enthusiasts, like Asad Jogi, Mohammad Mujeeb and Mehtab Ahmed, started contributing in 2014. These people rejuvenated and breathed fresh air into the project.

Among the three, Mehtab started contributing as recently as August 2015, and yet he has already contributed close to 9000 edits and more that 2600 articles to the site. As this young contributor works in an overzealous manner to enrich the knowledge on Sindhi Wikipedia every day, we decided to interview him and gain insight from his editor experience.

Mehtab Ahmed comes from an educated middle class family from Sindh, Pakistan; his father is a retired bank officer and mother a teacher. He is currently pursuing a Bachelor of Education at the Sukkur Institute of Business Administration. Being a native Sindhi, Mehtab is conscious about his language. He has contributed to Google Translate in Sindhi alongside several other online Sindhi platforms. With this background, he got permission from Encyclopedia Sindhiana and other resources to use their works on Sindhi Wikipedia, which resulted in him achieving the distinction of holding one of the highest number of edits on Sindhi Wikipedia.

As a pragmatist, Mehtab cited the example of how the addition of Sindhi language on Google Translate ensured hundreds people of coming forward to contribute. This event has given him a hope that Sindhi language is going to make a significant place in today’s modern world. More recent examples in this area are the number of apps, websites and blogs in Sindhi that are being created with each passing day. Mehtab believes that one of his most important future tasks will be to tell Sindhi people the benefits of Wikimedia projects and convince them to become volunteers. He is trying via Facebook to convince volunteers to edit for Sindhi projects and is is hopeful of building a strong community in the near future. In order to enlist more users, Mehtab answers and guides volunteers on the Sindhi Wikipedia Facebook group.

Speaking on the efforts aimed at Perso-Arabic collaboration with common goals for expanding Urdu, Western Punjabi, Pashto, Sindhi and Baluchi Wikipedia, Mehtab specifically appreciated the efforts of Urdu Wikipedians in this direction.

Mehtab’s future Wiki goals are to continuing adding high quality information on Sindhi projects, and to increase the number of volunteers and representation of Sindhi language on every wiki project. He believes that there is great potential in Pakistan but it needs to be refined and properly guided. And this, he hopes, will definitely result in the growth and expansion of Sindhi Wikipedia on par with many other language Wikipedias.