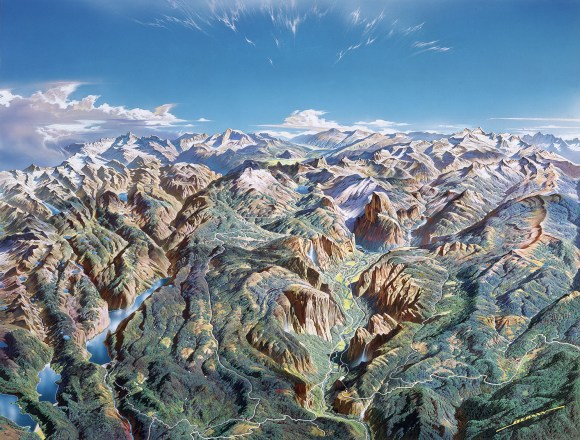 The California legislature is considering AB 2880, a bill that would allow the state and local government to hold copyright on their works. The bill has been widely—and rightfully, in our view—criticized for its negative impact on the public domain and civil discourse. As such, the Wikimedia Foundation has sent a letter to the Senate Judiciary Committee to join other groups in calling for the California senate to reject this bill.

Currently, most works by the California state government are not restricted by copyright—they are part of the public domain, available to be used freely by everyone with no restrictions. The public domain allows everyone to access, copy, share, and remix works, including adding them to Wikipedia articles.

We believe that works produced by the government belong to the public and should stay in the public domain.

The primary purpose of providing copyright protection is to promote creation by rewarding creators with exclusive rights to their works for a limited period of time. Governments, however, do not need this same incentive. Works created by the government are already funded by taxpayers, so the public should have access to the works that their tax dollars fund. In fact, allowing the government to restrict its information with copyright may discourage valuable political commentary.

Under the U.S. Copyright Act, works produced by the federal government are not restricted by copyright. But some states have opted to set a different standard, creating some inconsistency about the copyright status of works produced by various states.

AB 2880 gives California agencies at the state, county, and local level the power to place copyright restrictions on their work. This includes works like research, reports, maps, and photographs produced by the California government and even videos of public meetings. California has a history of strong commitment to enriching the public domain and has limits on how public entities may restrict access to such materials. In the past, California courts have upheld the rule that public entities cannot assert copyright unless they are affirmatively granted the ability to hold copyright by the state legislature. This bill would change California from being one of the most open state governments to one of the least open, in terms of its copyright regime.

AB 2880 appears to be an attempt to solve a specific case where the federal government had improperly contracted to allow a private party to control trademark rights in public property.  This bill is not narrowly tailored to address that case. In fact, this bill may make the problem even worse by increasing the potential for private control and abuse of public property.

The bill was recently amended by the California Assembly, including an attempt to preserve some of the public’s rights to government information and fair use. These amendments do not adequately resolve the public concern with the proposal. The bill still provides broad latitude for the California departments or agencies to restrict their records with copyright. Since federal copyright is automatic, the assumption in this bill is that the government should not be open by default. Although the bill attempts to minimize interference with the right to access public records, adding copyright restrictions will significantly increase the barrier between the government and the public. The bill puts the burden on each department or agency that wishes to maintain even the status quo’s level of transparency. This can result in the law being applied inconsistently or too broadly by different parts of the government.

You can contact California legislators through the Electronic Frontier Foundation to stand up for the public domain. To discuss the public domain and other important policy issues for Wikimedia, please join the public policy e-mail list.

Thank you to Inayat Chaudhry for research and analysis on AB 2880, along with Wikimedia DC and other members of the Wikimedia community who are monitoring this and similar issues to defend the public domain.