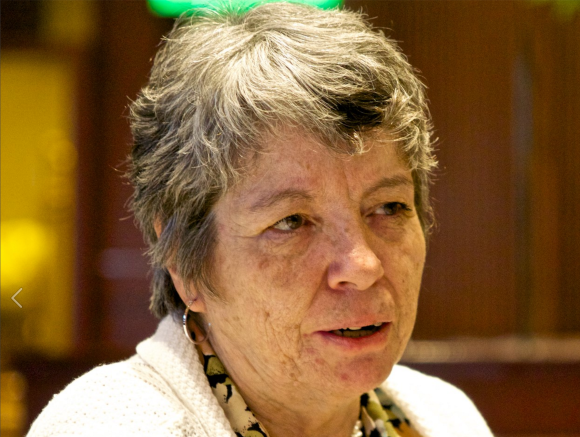 Using Wikipedia in education is far from a new or novel idea. “Murder, Madness, and Mayhem” was one of, if not the first, to do it in 2008. The Wikimedia Foundation’s Public Policy Initiative trialed an organized idea in 2010–11. Today, there’s both a Wiki Education Foundation and a Wikipedia Education Program.

Yet it is still a brave academian who tries to bring the unfamiliar tool of Wikipedia into the classroom.

Professor Luz María Silva is of them: her students have been allowed used Wikipedia in the classroom for the last three years. Silva, a Spanish Wikipedia editor herself, has been assigning a Wikipedia article to her students learning about the socio-political history of Mexico. The assignment comes in lieu of a midterm exam, and Silva is supported in her efforts by Wikimedia Mexico.

Silva says of her students that “I am very lucky to work with people as smart as [them]. They are young and committed to their work, and as they frequently use Wikipedia, they find [it] fascinating to contribute to a familiar source, something that many of them had never considered possible before. I hope that, little by little, their conviction will lead them to become active Wikipedians.”

These individuals have certainly had a measurable impact on the site: they have written 221 articles in total, an average of about 36 per semester. The 40 this year have been on a variety of topics, such as “Mujeres en la Guerra de Independencia (Mexico),” or “Women in the Independence War (Mexico).” The article, in lockstep with current historical scholarship, contains several short biographies of important women in the context of Mexico’s fight for independence from Spain.

There are another 15 biographies, six on historical sites, five on services (“hospitals, electricity, the circus, and entertainment”), and three on old manuscripts and books, along with several others.

Regular Wikipedians have both helped and hindered the process. On the one hand, when one student “embedded paragraphs from two sources and thought that just citing them as references was enough,” Wikimedia Mexico and a Spanish Wikipedia administrator taught her “how to [properly attribute] research, which is knowledge that will be with her for the rest of her life and ultimately helped her article stay online. It was a very happy ending.”

On the other, Silva says, occasionally “there’s an incident that makes you and your work feel exposed to the opinion of strangers …  it’s quite frustrating, even if my students get a satisfactory mark on their record. There’s a real pain to see an article erased without further explanations.”

In any case, Silva believes that Wikipedia benefits her students. By “learning to write an article, [they] develop analytical skills, problem solving, and [how] to face a blank page to write without judgment.”

And by the end of the assignment, they end up “learning more than a traditional test.”

Our thanks go to Iván Martínez of Wikimedia Mexico for the original interview, published in the Wikimedia Education Newsletter, and to Andycyca for translating it from the Spanish.