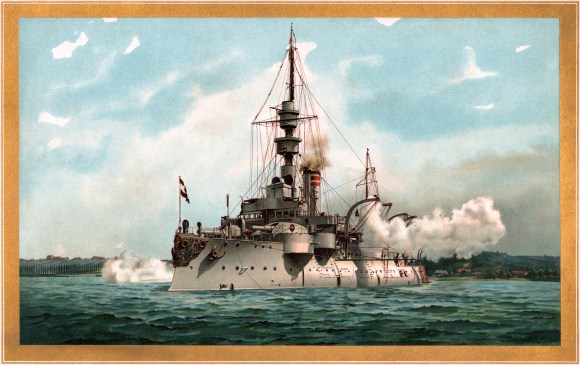 I came to edit Wikipedia by way of a presentation I was preparing on Bolivia, back in mid-2006. In doing my research, I stumbled onto the Wikipedia article, and while reading it, I noticed several typographical and grammatical errors, presumably from an author who was not a native speaker of English. I saw the “edit” button, so I decided to fix the sections where I noticed problems—I was hooked, and I created an account shortly thereafter. From there, I started exploring the site, and I drifted toward interests I’ve had since childhood: military history, and war at sea in particular. For the most part, I dabbled with a variety of articles, but did not try my hand at major writing projects.

Fast forward to May 2007, and I stumbled onto a very short article with only three sentences, the topic of which was the Brandenburg­-class of battleships that had been built by Germany in the 19th century. At the time, the article intrigued me: I knew nothing about the navy of the German Empire and was surprised to find out that Germany had at one point the second-largest fleet in the world. Given the poor condition of the article, I decided I should try to improve it. From there, I slowly started expanding or creating articles on the ships of Germany’s Kaiserliche Marine (Imperial Navy). 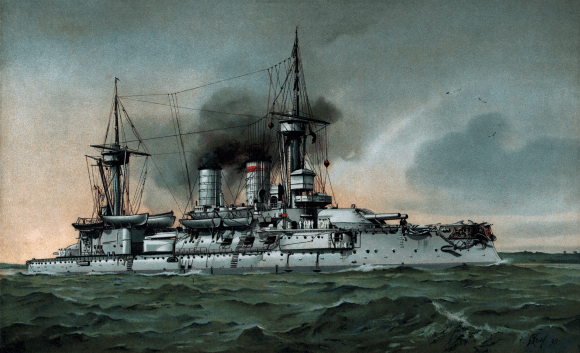 It wasn’t until mid-2008, when I helped a new editor steer an article he had been working on through the Good Article review process, that I decided to try to do the same with articles I had written. The article I chose, a guinea pig both for me and for the navy that built the ship itself, was SMS Von der Tann, the first German battlecruiser. After months of acquiring sources and writing, the article was in good enough shape to begin the review process. My eventual success at the Featured Article review process, a mark that signifies the best articles Wikipedia has to offer, gave me the goal to write articles on every major warship of the Kaiserliche Marine—an objective I have not yet reached.

So far, I’ve written articles on all of the various German battleships and cruisers from the 1860s to the end of World War II, ships that were expressions of German expansionism in the late 19th and early 20th centuries—something that put Germany on a collision course with Great Britain and helped produce World War I. By dividing these ships into smaller sub-topics, first by ship classes and then types, I was able to create a series of manageably small projects that kept the overall plan from being overwhelming. Germany’s sailing vessels of the mid-19th century are yet to be tackled.

Along the way, I’ve branched out into the warships of other national navies, including Italy’s and Austria-Hungary’s. There’s something particularly fulfilling about writing articles on these obscure ships, very few of which have received much coverage in English-language publications. Some of these include vessels that were ground-breaking in their time or took part in major naval battles, but nevertheless did not yet have articles. For example, I recently wrote the article on SMS Erzherzog Ferdinand Max, an early ironclad warship that served as Wilhem von Tegetthoff’s flagship at the Battle of Lissa in 1866—the first major clash between modern ironclad warships. 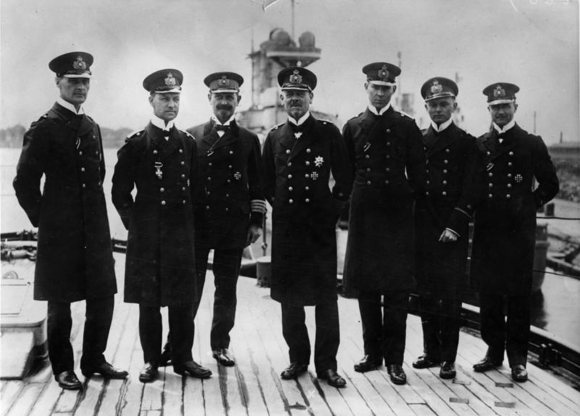 Ott has also written biographies, including one on Franz von Hipper, seen here at center.Photo from the German Federal Archives, CC BY-SA 3.0 DE. 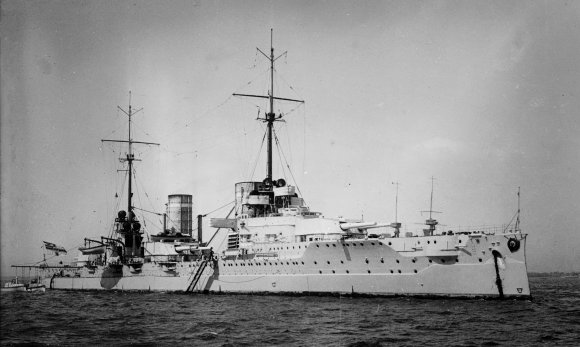 Several years ago, the portion of my personal project that dealt with capital ships was rolled into a much larger project to cover all articles related to battleships and battlecruisers, which was given the code name Operation Majestic Titan. In the course of working on the project, I’ve had the opportunity to collaborate with several other editors who share similar interests. Working with these editors over the years has been hugely motivational. Groups of editors with complementary libraries or access to different sources can write comprehensive articles much easier than one could do alone. And though I lack the time to keep up with the most prolific of my colleagues, their productivity has inspired me to write as much as I am able.

“Why I …” is a new ongoing series for the Wikimedia Blog. We want to hear what motivates you to contribute to Wikimedia sites: send us an email at blogteam[at]wikimedia[dot]org if you know of someone who wants to share their story about what gets them to write articles, take photographs, proofread transcriptions, and beyond.