This article is available in: English ItalianoEspañolукраїнська мова 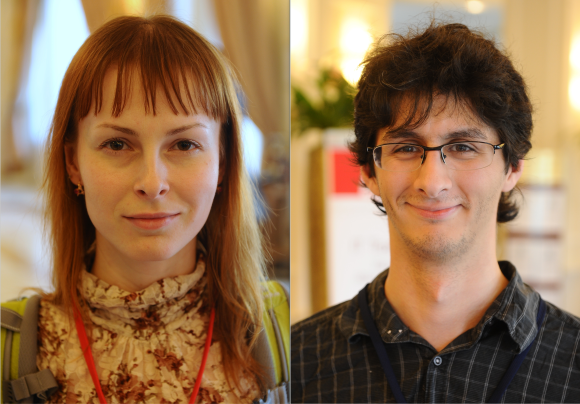 On May 8, the results of year’s affiliate-selected board seat election were announced. Christophe Henner and Nataliia Tymkiv, of Wikimedia France and Ukraine (respectively), have been selected for three-year seats on the Wikimedia Foundation’s Board of Trustees.

40 of the 42 Wikimedia movement affiliates, independent organizations that work to advance the Wikimedia movement, voted in what was a record number of participants. Ten candidates ran for the two open trustee positions. Their activities include supervising the Foundation’s executive director, approving the budget and major financial decisions, and setting policies and directives to further the Foundation’s mission.

Election winner Tymkiv, a member of Wikimedia Ukraine’s board, said that the selection by her peers meant quite a lot to her. “I am really honoured that I was selected by affiliates to be recommended as a prospective member of Wikimedia Foundation’s Board of Trustees. For me personally, that means responsibility and trust, and a need to learn and understand a lot of things. As I mentioned in my electoral statement, I am going to focus on improving how the Foundation Board operates, our accountability, and our support of the community and affiliates.”

Henner, a former chair of Wikimedia France, told us: “I have been a part of the Wikimedia movement for more than a third of my life, so being recommended for the Foundation’s Board is both humbling and thrilling. Our next challenge is to finally become a global and unified movement that makes the world a better place, and I believe I can help move us in that direction. My expertise is with steering organizations, so that is where my focus will be for my term—I will dedicate my time to make sure we have the organization and movement we want and need so we can keep spreading free knowledge for the years to come.”

Chris Keating, one of three facilitators of the election, believes that “these two trustees will join the Wikimedia Foundation at a critical time as it begins looking for a new Executive Director, and will play a vital role in both the WMF and the wider Wikimedia movement during their terms.”

Participants in the election used the Single Transferable Vote system. Henner received a majority of the votes in the first round, and became the first selection of the two candidates. The second candidate was selected after eight additional rounds of transferred votes, and in the final round Tymkiv (16.09) was selected over Siska Doviana of Wikimedia Indonesia (9.91).

The candidates selected have been sent to the Board of Trustees to be formally appointed at their annual meeting at this year’s Wikimania in Esino Lario, Italy.