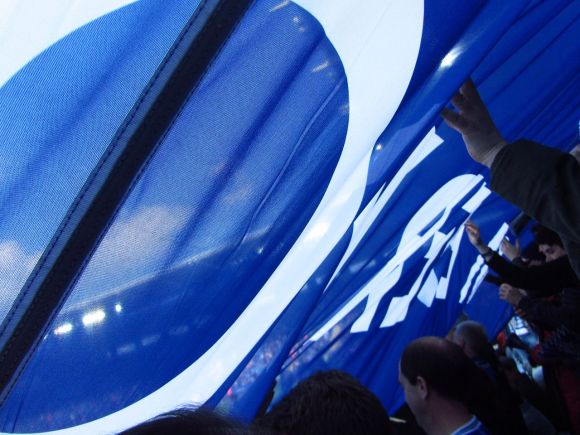 On Monday, one of the strangest and most romantic stories in sport came to its fairytale conclusion. Leicester City, an association football team whose top-division status hung in the balance just over a year ago, won the Premier League title to become champions of English football.

Seen as long shots at the beginning of the season, Leicester—known as “the Foxes”—were mathematically confirmed as champions after their closest rivals, Tottenham Hotspur, could only manage a 2–2 draw with London neighbours Chelsea.

It’s Leicester’s first ever Premier League win—the highest they had ever finished in England’s top division was second, in 1929. For some bookmakers, these are the longest odds they have ever paid out across any sport; in August, at the beginning of the season, the Foxes attracted fractional odds of 5,000/1.

To underline how long those odds are, some other scenarios bookmakers offered shorter odds on in August 2015 (as collated by BBC Newsbeat):

Gary Lineker, a former Leicester player himself, joked in December that he would host football show Match of the Day in just his underwear if the Foxes won. “Leicester City have won the Premier League,” he wrote. “The biggest sporting shock of my lifetime, and it’s only my team.”

Many flocked to the Wikipedia article for a club that before this season had been on the fringes of top flight football.

On May 2, the club’s article attracted almost 200,000 visits on the English Wikipedia, and more than 530,000 across all languages. That’s ten times the average daily view count, even across a season this eventful for the side.

Curiously, second-most read was the Italian Wikipedia—the native tongue of Leicester City’s manager, Claudio Ranieri. Thai was disproportionately high in the list, at number thirteen, which mirrors their sudden popularity in the country over the course of the season. (Leicester is chaired by Thai businessman Vichai Srivaddhanaprabha.)

Edits to the English article have been fairly erratic since its creation back in August 2003. Edits to club’s articles tend to peak at the end of a season regardless, but it is likely this will produce the most extensive period of editing on the article in its history.