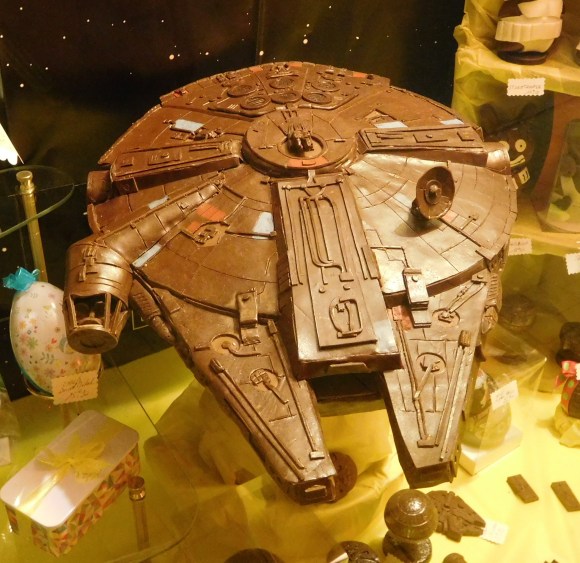 May 4th is known to nerds around the world as Star Wars Day, a fan-created holiday paying homage to George Lucas’ cult sci-fi franchise (“May the Fourth be with you”). The unofficial holiday has exploded in popularity since it began in 2011. What began as a small celebration in Toronto, Canada, has since been adopted and observed by government officials and international media conglomerates alike.

Wikipedia has an entire portal devoted to the 1977 franchise, and the main article on the franchise has 226 cited sources and over 14,000 edits.  Wikipedia’s “lamest edit wars,” narrated in a famous Wikipedia article, include four about Star Wars movies. Five paragraphs explain the cultural influence of R2D2 on the article devoted to the robot—where you’ll learn that in Spanish-dubbed films it is “Arturito.” There’s even an entire article devoted to a fan edit that has restored the movies to their original theatrical quality.

It suffices to say that the Wikipedia community has its share of Star Wars fans. Here is the strangest and most embarrassing trivia Wikipedia has to offer about the Star Wars universe: 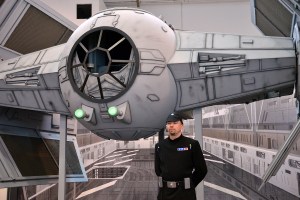 The Star Wars franchise would’ve sounded completely different if not for renowned sound designer Ben Burtt. Not only did he create the “voice” of R2-D2, he’s also responsible for the sound of lightsabers, blaster guns, and the disquieting, muffled voice of Darth Vader. Burtt also employed what is known as the “Wilhelm scream” in the first Star Wars; the easily-recognizable scream (to us today) has became a running gag in Hollywood since then, with directors from Quentin Tarantino to Peter Jackson all employing it.

To craft the distinctive sound of a TIE fighter’s engine, Burtt combined an elephant call with a car driving on wet pavement. For the sound of the Millennium Falcon traveling through hyperspace, he combined two out-of-sync tracks of a McDonnell Douglas DC-9 engine whirring, alongside the hum of cooling fans.

Wookieepedia
The online encyclopedia for everything Star Wars, Wookieepedia boasted over 125,000 articles in January 2016. The site’s editors also jumped on the opportunity to turn Wikipedia’s “jigsaw” logo into a partially-constructed Death Star. Well played. 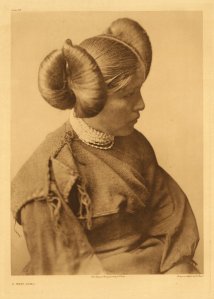 George Lucas says Princess Leia’s distinctive “cinnamon bun” hairstyle was inspired by “a kind of Southwestern Pancho Villa woman revolutionary look … The buns are basically from turn-of-the-century Mexico” But some critics have discounted this, saying that while Mexican revolutionaries did not have such hairstyles, young Hopi women’s “squash blossom whorls” (pictured) greatly resembled Leia’s hairstyle. Others believe Lucas may also have pulled inspiration from Queen Fria in the 1939 Flash Gordon comic strip “The Ice Kingdom of Mongo”, or Molly from the 1955 war film The Dam Busters.

Star Wars and Jaws created the summer blockbuster
In 1975, Jaws grossed an unprecedented US$7,000,000 during its first weekend in the box office. Two years later, Star Wars helped prove that the Jaws phenomenon could be more than a one-off, and showed how important franchising and merchandise rights could be; franchises in particular are now a staple on Wikipedia’s list of highest-grossing films. The original Star Wars remains the model of a modern film trilogy and was responsible for (or kindled) many of the special effects advances in the late 70s—something that was long overdue, as the industry had made few appreciable advances since the 1950s.

Hardware Wars
Star Wars has been the subject of many parodies since it came out in 1977. Possibly the first was Hardware Wars, which is now widely considered the most profitable short film of all time, taking an US$8,000 production budget and turning it into a gross profit of US$1,000,000. The 13-minute film chronicles a (somewhat anticlimactic) battle with Darph Nader. Weapons of choice included toasters, bottle openers, waffle irons, and the occasional flashlight. Its credits state that the production was “filmed on location in space.” Upon completion of the film, Scott Mathews, who starred as “Fluke Starbucker,” vowed to never act in another film again, saying: “I’m goin’ out on top, baby!”

Troops the mockumentary
One of the first (and most successful) fan films of the digital age, this 1997 mockumentary opened the floodgates for hundreds of new Star Wars parodies. It was Star Wars’ lovechild with the American reality series Cops, an alternate reality in which Luke Skywalker’s catalytic aunt and uncle never die by the hands of the Imperial military. Instead, they kill each other… by accident.

Spaceballs
The 1987 production eschewed lightsabers for “Schwartz rings” and modified Star Wars characters for a “different” kind of parody. Spaceballs indulged in harassing the Star Wars fanbase, breaking the fourth wall when things got too serious or teasing fans with uncanny similarities. In one scene, “Princess Vespa” arrives with hairstyle similar to Princess Leia’s iconic whorls, but reveals shortly that she’s wearing headphones instead. 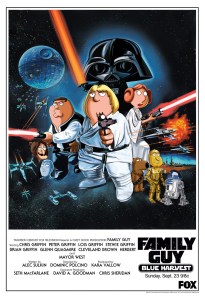 Used under fair use.

Lucasfilm allowed the Family Guy staff to parody Star Wars: Episode IV under one condition: the characters had to look exactly like they do in the movies. The episode’s name, “Blue Harvest,” alludes to the working title for Return of the Jedi.

While the director took full advantage of the source material’s endless media references, some jokes may have flown over a newbie’s head. Seth Green, voicing Chris, eventually points out that the show Robot Chicken already did a Star Wars parody. (Green created Robot Chicken; his own Stars Wars parody episode aired in 2007, just months before Blue Harvest.)

Thumb Wars: The Phantom Cuticle
“If there were thumbs in space and they got mad at each other there would be… THUMB WARS.”

Steve Oedekerk, mastermind of the Thumbs! series, decided to give the Star Wars story a unique remake…by swathing actors’ thumbs in costumes and making them smack each other. Thumb Wars was released in 1999, packed with 29 minutes of Loke Groundrunner plotting to destroy the Death Thumb. The concept caught on. Thumb Wars gained enough notoriety to be eventually re-released for the PlayStation Portable.

Films about ewoks.
After a thorough embarrassment from the Holiday Special, Lucas took full control of the development of Caravan of Courage: An Ewok Adventure. Child actors Eric Walker (Mace) and Warwick Davis (Wicket) were given their own cameras to use during breaks. While working on the movie, the stars shot a short documentary on the making of the film which was released only on YouTube, 30 years after the film’s release.

Inspiration for the sequel, Ewoks: The Battle for Endor, began with “Heidi meets space marauders.” The final product didn’t turn out as such, but it did win accolades for visual effects that stunned its audience (back in 1985).

The Star Wars Holiday Special no one wants to admit still exists. 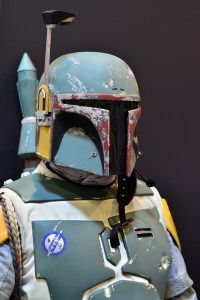 Fans have director Steve Binder to thank for introducing Boba Fett in the Star Wars Holiday Special. Everything else about the show, unfortunately, was a humiliating flop. The AV Club later said “I’m not convinced the special wasn’t ultimately written and directed by a sentient bag of cocaine.” The special was so unwatchable that it has never been rebroadcast or officially released on home video. In fact, its producers actively attempted to scrub it from existence. Fans eventually began circulating bootleg copies of the travesty, establishing its reputation as a cultural legend and immortalizing it as the worst Star Wars film of all time.

George Lucas, kicking himself for having had minimal involvement in the show’s production, said in the aftermath: “If I had the time and a sledgehammer, I would track down every copy of that show and smash it.”

It’s affected politics as well
US President Ronald Reagan’s Strategic Defense Initiative was widely known as “Star Wars,” after Senator Ted Kennedy was quoted as saying that the initiative was nothing more than “reckless Star Wars schemes”—implying that it was implausible science fiction fantasy. The media’s use of the nickname was, according to one historian, extremely damaging to the program’s credibility. Lucasfilm tried to sue to keep its trademark intact, but a court ruled against them, writing “Since Jonathan Swift‘s time, creators of fictional worlds have seen their vocabulary for fantasy appropriated to describe reality. Trademark laws regulate unfair competition, not the parallel development of new dictionary meanings in the everyday give and take of human discourse.”

In 2014, an individual dressed as and calling himself Darth Vader tried to register as a candidate in Ukraine’s parliamentary election. He was denied.

James Bond was forever changed
Ian Fleming’s For Your Eyes Only was slated as the next Bond film after 1977’s The Spy Who Loved Me; these plans were firm enough that the theatrical version stated “James Bond will return in For Your Eyes Only.” Then Star Wars came along, and Moonraker was adapted instead, but the novel it is named for was mostly dispensed of in favor of scenes set in space. While Moonraker received mixed reviews, it was clearly a hit monetarily: the film held the record for the highest-grossing Bond film until 1995’s Goldeneye.