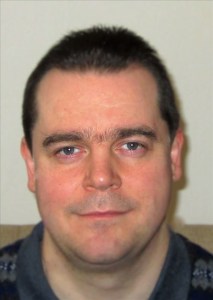 Jiří Kepka is perhaps the first person from the Czech Republic to significantly contribute to the Urdu Wikipedia. Photo by Jiří Kepka, CC BY-SA 3.0.

Over the past seven years, Jiří attained a remarkable command of the Urdu language, which is the official language of Pakistan and six states in India, and has written or expanded a number of articles in the language’s Wikipedia. He has also made contributions to Persian and Pashto Wikipedia. In line with the unique nature of his contributions, we interviewed him. In 2009, Urdu Wikipedians noticed a new participant among them: Jiří Kepka, a contributor from Czech Republic. One of first people to post a welcome message for this user was the ardent Fahad, who wrote “I keep reviewing your articles. Though they require some changes, I wholeheartedly endorse them for the simple reason that your userpage states that you hail from Czech Republic, where Urdu is neither your mother-tongue nor the national language. I therefore welcome your writings. It is indeed a pleasant surprise for me and my colleagues.”

Jiří is 39 years old man from Prague. He has a deep interest in oriental languages with an ability to speak Chinese, Arabic, Farsi, Urdu and Pashto. He also likes extinct languages like Old Persian language and Pahlavi. In professional life, Jiří focuses on biology and works in a pharmacy.

Speaking about his interest in Urdu, Jiří said he learned the language mostly by himself and with some support from a leading professor of Indology. He decided to contribute to Urdu Wikipedia to put his grasp of the language into practice and write some interesting articles on Czech history and geography. Jiří’s editor experience was cordial and he formed a special association with Urdu Wikipedia bureaucrat Tahir Mahmood.

Jiří likes to contribute articles especially on historical, biological and pharmacological topics. He is especially proud of his contributions on Czech history, although he would like to focus on articles about medicinal plants in the near future. Some of articles created by him on scientific areas are highly enlightening, such as Argania (en) and Suppositorium (en); even more unique is the fact the Czech language journals are cited on Urdu Wikipedia for the first time.

On a concluding note, Jiří expressed his immense happiness for Wikipedia: “I am glad that Wikipedia is such a project, which is beneficial to all people across the world.”