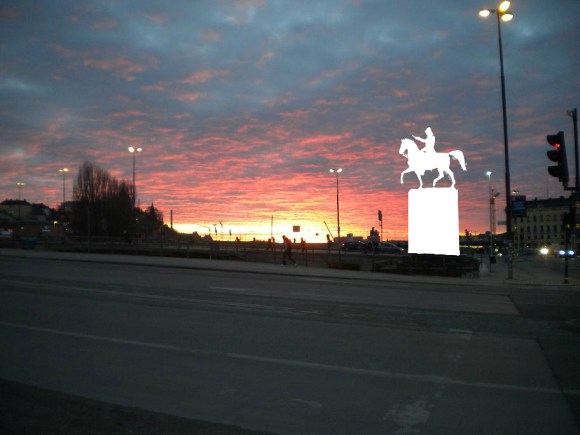 Editor’s note: this article has been corrected. Please see the bottom of the post for details.

The Supreme Court of Sweden has ruled against Wikimedia Sverige (Sweden) in a case involving freedom of panorama in the country. The Court decided that Swedish copyright law does not allow Wikimedia Sverige to post images in its online database offentligkonst.se (a website / database covering publicly placed art) without permission from the artist. We believe that this ruling undermines the fundamental purpose of the freedom of panorama: the right for people to capture and share, online or otherwise, the beauty and art of their public spaces.

In June 2014, Bildkonst Upphovsrätt i Sverige (BUS), a Swedish association that represents artists in copyright matters, filed a lawsuit against Wikimedia Sverige based on Offentligkonst.se, an open database hosted by Wikimedia Sverige that provides maps, descriptions, and photos of works of art that are permanently located in public places. Wikimedia Sverige is an independent nonprofit organization that supports the Wikimedia movement.

In its lawsuit, BUS claimed the database infringed the copyright of three artists that BUS represents, arguing that Swedish copyright law does not permit displaying those reproductions online without permission from the copyright holders. BUS also argued that it was irrelevant that Offentligkonst.se is a non-commercial website. BUS ultimately seeks an injunction against Wikimedia Sverige preventing Wikimedia Sverige from publishing picture of the artists works subject to a fine of SEK 100,000 (roughly USD 12,300), a declaration that Wikimedia Sverige is liable to pay license fees and attorneys’ fees.

Wikimedia Sverige responded by arguing that Swedish copyright law allows someone who takes a picture of public art to post it freely online, and that this interpretation is consistent with European law. Wikimedia Sverige also pointed out that when an artist places their work in public, they waive the right to admissions fees and they are often sponsored by the state or local government, so it is fair and reasonable that the public should be free to enjoy and share pictures of the art for any purpose, so long as they attribute the artist.

The case was originally brought in the Stockholm District Court, but both parties agreed to ask the Supreme Court of Sweden to decide the key question that had not yet been addressed in Swedish law: whether an artist of a work permanently placed in a public location has the right to restrict online communications depicting that art. The Supreme Court granted the request to hear the case, and today it decided in favor of BUS.

We respectfully disagree with the Supreme Court’s decision to erode the freedom of panorama that is a fundamental part of freedom of expression, freedom of information, and artistic expression. As we read it, the Swedish copyright law in question only limits the production of three-dimensional copies of sculptures, and cannot be interpreted as placing limits on pictures of public art being published on the internet. The fact that the copyright law allows images of public art on postcards, even for profit and without the artist’s consent, demonstrates this intent and, in our opinion, is inconsistent with the Supreme Court’s interpretation of the law.

The Wikimedia Foundation respects artists’ rights to control their works, but artists who wish to control all images of their art have the option to place their works in private places. The public should be free to enjoy and share views of public monuments and landscapes. The European Parliament agrees, as shown by its recent rejection of attempts to stifle freedom of panorama. This Swedish Supreme Court decision disregards this point. Sharing images of public art online does more than allow others to experience that art — it helps the world share in knowledge and have a dialogue about public spaces that surround us. Sites like Offentligkonst.se help provide that information in a structured and accessible way. Diminishing the ability to show these images restricts our ability to discuss our own surroundings.

Copyright law seeks a fair balance between an author’s rights and the rights of the public to enjoy freedom of expression and freedom of information. An artist that chooses to permanently place their work in a public place grants the public the right to view the work, whether in person, on a postcard, or on an informational website. Wikimedia Sverige and the Wikimedia Foundation will continue to defend the dissemination of free information, including freedom of panorama, on sites like Wikimedia Commons and Offentligkonst.se, and across the Wikimedia movement.

The ability to freely share public spaces and all they contain impacts everyone — we encourage people, in Sweden and elsewhere, to engage your community leaders in this public discussion. We will continue to keep you informed as this issue continues to unfold.

* We would like to extend our sincere thanks to Wikimedia Sverige for its commitment to the Wikimedia mission, and to the attorneys at Delphi in Sweden, particularly Henrik Bengtsson and Richard Lenemark, for their exemplary legal representation and dedication to the Wikimedia movement. Special thanks to Kevin Jacobsen, Wikimedia Foundation legal intern, for his assistance on this blog post.

The full text of the decision is available in the original Swedish and has been translated into English.

Correction: The phrasing of the court’s opinion appears to limit the court’s findings to Wikimedia Sverige’s Offentligkonst.se website. As such, we have changed the sentence “The Court decided that Swedish copyright law does not allow individuals or organizations to post images online of publicly-placed artwork without permission from the artist” to reflect this understanding. We have also clarified the judicial relief sought by BUS.