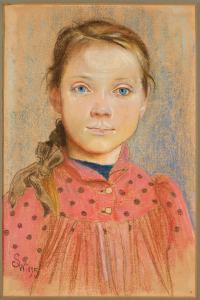 ‘Spring’ comes to Wikipedia in a Central–Eastern European contest

A wide international project named CEE Spring has started on Wikipedia. It is all about writing articles about countries of Central and Eastern Europe.

In contemporary times the CEE region has experienced several unfortunate ‘springs’ that have resulted in misunderstandings, conflicts, and disappointment (exempli gratia the replacement of Dubček in April of 1969 to reverse the Prague Spring, escalating conflicts in the Nagorno-Karabakh region in the spring of 1988, the intensification of Transnistrian conflict in March of 1992, the beginning of the Siege of Sarajevo in April of 1992, and most recently the spring of 2014, which marked the beginning of the War in Donbass).

These historical events made “European spring” a sad expression. Wikimedia CEE Spring 2016 is to turn it into a positive one! The project aims at joining locals to share free knowledge about history, culture and people in every corner of the region thus supporting mutual understanding. This also means increasing the quantity and quality of free knowledge available about the CEE region globally, and that is great!

The event itself is taking place from March 21 to May 31. During this time period there will be an individual article competition on 21 related Wikipedias concentrating on creating and significantly editing articles on topics of culture, nature & geography, economics, society, sports, politics, transport, history, science and education, meaning notable phenomena, events and people of each and every participating country from the region.

Last year’s edition of the contest, CEE Spring 2015, was very successful and inspiring, with thousands of articles created across the Wikipedia, like Demographics of Armenia or Slovak cuisine, Solomiya Krushelnytska or Mihailo Lalić and many others.

Join us! Find your language Wikipedia in the list of participants and follow to the local page—or just write on any CEE topic! Let Wikipedia bloom with our articles. 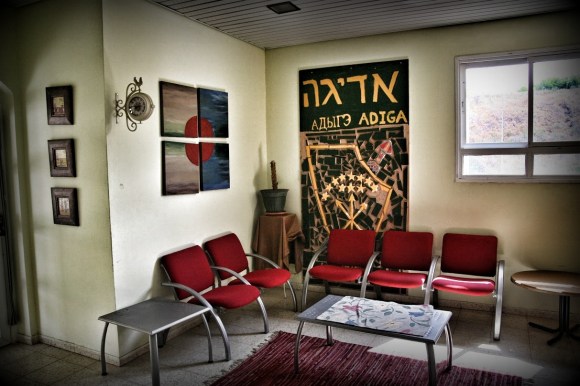 Education project leads to the creation of a new Wikipedia

February 2016 saw the creation of the Adyghe Wikipedia. The language was reclassified as vulnerable by UNESCO in 2009. It uses the Cyrillic alphabet, but isn’t similar to Slavic languages. Adyghe (also known as West Circassian) is one of two Circassian languages, which are not similar to any major language. Adyghe speakers can be found in a multitude of countries, including Russia, Turkey, Jordan, Israel and Macedonia.

The creation of the Adyghe Wikipedia is closely intertwined with an education initiative in Kfar Kama, Israel. Kfar Kama is one of two Circassian villages in the country, but the only one where Adyghe is spoken. Its junior high school partnered with Wikimedia Israel to instruct students on writing articles in the language. The students were responsible for about 30% of the articles written on the Adyghe Wikipedia, at the time a project in the incubator.

Kfar Kama, numbering only 3,000 residents, is in a particularly difficult place when it comes to preserving the local language and tradition. Its community is already part of a very small language minority, and there is not a large enough market to import Adyghe books into Israel. In particular, no Adyghe books exist in the Israeli education system, so the schools are forced to teach with Hebrew or Arabic books, despite the language of instruction being Adyghe.

Preserving the language is important to the Israeli Adyghe community not only for internal reasons, but also to communicate with other Adyghe people, who are dispersed among many countries. In particular, words for new concepts that come into existence (e.g. names for technological innovations) are usually borrowed from the language of the host country, splitting the Adyghe language in a way that risks international communication.

For the aforementioned junior high school principal, there is no alternative solution: the correct way to internationalize new concepts in Adyghe and create new words is through a digital platform such as Wikipedia. The principal contacted Wikimedia Israel, and a fruitful partnership was born. The project was coordinated by the Wikipedians Deror_avi and Amire80, and involved additional volunteers. The fact that none of our volunteers spoke the Adyghe language did not hurt the project or their motivation to see it through.

The project, which lasted two years, involved 40 eighth- and ninth-grade students, as well as two teachers. These students and staff attended bi-monthly workshops set up by Wikimedia Israel. Major challenges included overcoming the lack of the Cyrillic alphabet on the school’s keyboards, a poor Internet connection at the school, etc. Even so, the project was carried out in full, with over 100 new articles written in Adyghe about topics such as the local culture, geography and sports.

The final clincher for the incubator graduation was the vast assistance provided by Russia-based Adyghe speakers. They completed the students’ work and made the Adyghe Wikipedia mature enough to go live.

Wikimedia Israel is proud to contribute to language diversity on Wikipedia, and significantly help a unique ethnic minority in Israel. We wish the new project the best of luck and hope that it grows and prospers, and facilitates better international communication among the Adyghe people wherever they may be—while in the meantime they work on this exciting collaborative endeavor.

Editor’s notes: The views expressed in these stories are not necessarily those of the Wikimedia Foundation or Wikipedia; responses and critical commentary are invited in the comments section below.
We invite you to take part in putting this community digest together. This feature pulls together Wikimedia community news from around the globe to provide a venue for your updates and a diverse roundup of events. It aims to emulate and supplement already-existing community news outlets.
If your Wikimedia community has a milestone, cool new project, or quirky occurrence, please leave a message on our tip line, send Ed Erhart an email, or drop a message at his talk page.