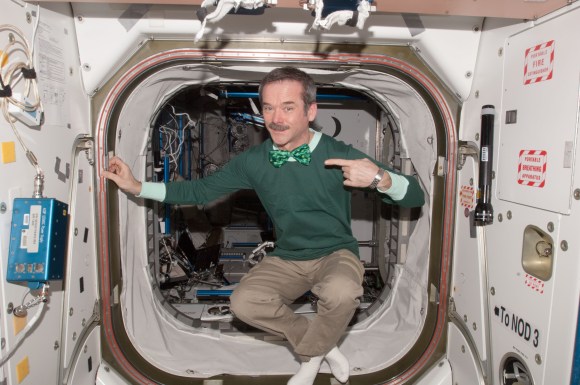 In its native Republic of Ireland, Saint Patrick’s Day is a public holiday, where parades, festivals, and céilithe are common sights all through March 17. It’s also a holiday in neighbouring Northern Ireland, as well as in regions as far-flung as Newfoundland and Labrador, Canada, and the British Overseas Territory of Montserrat. Across the Commonwealth, similar celebrations take hold every year—especially in areas with high concentrations of Irish expats.

The real Saint Patrick, a Romano-British Christian missionary, is only one of the patron saints of Ireland. There is also Brigit of Kildare—who some scholars believe may actually be a “Christianisation” of the pre-Christian Ireland God of the same name—and Columba, who spent much of his life spreading Christianity in Scotland, one of his other patronages.

Green, representing Gaelic Irish tradition, is the national colour of Ireland is and commonly associated with Saint Patrick’s Day… but this isn’t actually Saint Patrick’s colour. Saint Patrick’s blue, of which there are many hues and shades, is based on the blue robes worn in Irish mythology by the sovereignty of Ireland herself.

The tradition of a green Saint Patrick’s Day began earlier, though—back in the 1640s. The “wearing of the green” comes from a song of the same name. It laments the persecution of United Irishmen, a group that rebelled against British rule in 1798, for wearing green.

The Order of St Patrick, the senior order of chivalry in Ireland, donned blue uniforms at its inception in 1783, and the same blue was used by the football team of the (then) united Ireland between 1882 and 1931.

Saint Patrick’s Day falls on what is said to be Patrick’s date of death some time in the late fifth century. According to his Confessio, he served as a slave for six years following his capture by Irish pirates at the age of 16. He soon after became a cleric, and later still a bishop. Not much else is known about his life beyond this.

However, that hasn’t stopped legends being attributed to him. The famous adage that he “banished the snakes” from Ireland is likely to be just that—an adage—since snakes are unlikely to have ever been in Ireland at all. After all, it would be difficult for a grass snake to swim the length of the Irish Sea, no matter how good the beer.

A legend that likely has some bearing in truth is that of Patrick’s shamrock. It’s a symbol now widely associated with Ireland and Saint Patrick’s Day, as well as with good luck. He may have have used the three-leaved clover to illustrate “three persons in one God”, a concept tied to more pagan beliefs popular in Ireland at the time.

Saint Patrick’s Day wasn’t actually a recognised holiday in Ireland until 1903, though it was a Catholic feast day for hundreds of years prior. It was celebrated with the first ever Saint Patrick’s Day parade in the town of Waterford.

Back in 1927, the Irish Free State banned the sale of alcohol on March 17—perhaps a little ironic given the holiday’s associations now. It remained prohibited all the way through until 1961.

Saint Patrick’s Day has even been celebrated in space.

In 2011, Irish-American astronaut Catherine Coleman played a century-old flute belonging to Matt Molloy and a tin whistle belonging to Paddy Moloney, both members of the Irish music group The Chieftains, while floating in the International Space Station.

Canadian astronaut Chris Hadfield wore green on the ISS on March 17, 2013. Back on Earth, he later sang “Danny Boy“, a song closely tied to the Irish diaspora, in front of a camera.

Note: This article originally implied the Irish Free State existed from 1927 until 1961. This has been amended for clarity.