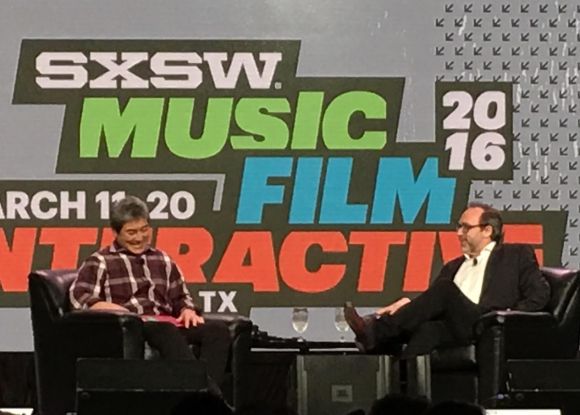 Wikipedia at 15 can navigate controversies because of volunteer community members who “care more about Wikipedia than they do about any certain issue,” founder Jimmy Wales said Sunday at the South by Southwest conference in Austin, Texas.

Amid the apps, marketing displays and tacos of the trendy festival, Wales emphasized the human endeavor of the open-source movement he started. “The whole point of Wikipedia is a free encyclopedia for everyone in their own language,” he said in explaining why he will continue to work with the Chinese government to allow greater access to Wikipedia for its citizens. Wikipedia is currently blocked in China.

Kawasaki also asked Wales about the gender imbalance among Wikipedia editors. “It’s really important to make Wikipedia welcoming to women,” Wales said. Some of that can be addressed with a better interface and user experience, but the culture must also change, he said.

These issues, as well as articles about divisive topics such as abortion and politics, can be navigated thanks to volunteers with a variety of backgrounds and beliefs, Wales said. “The best Wikipedians are the ones who can put themselves in someone else’s shoes.”

Wales also urged awareness of imprisoned open-source activist Bassel Khartabil, whose location is not being disclosed by the Syrian government. “We want to put pressure on the Syrian government to answer ‘Where is Bassel?'” Wales said. In events this week, human rights advocates are calling attention to Khartabil, who was arrested four years ago and has been missing since October.

And Wikipedia’s founder discussed the online encyclopedia’s new app for iPhone and iPad, stressing its new “Explore” features that show what’s popular on Wikipedia, and what’s geographically near users.

The hour-long interview also had a few light moments. “Adele or Beyonce?” Kawasaki asked Wales in a “lightning round” of binary choices.

Wales thought for a moment and concluded, “Adele.”

“Well, you do live in London,” Kawasaki pointed out.